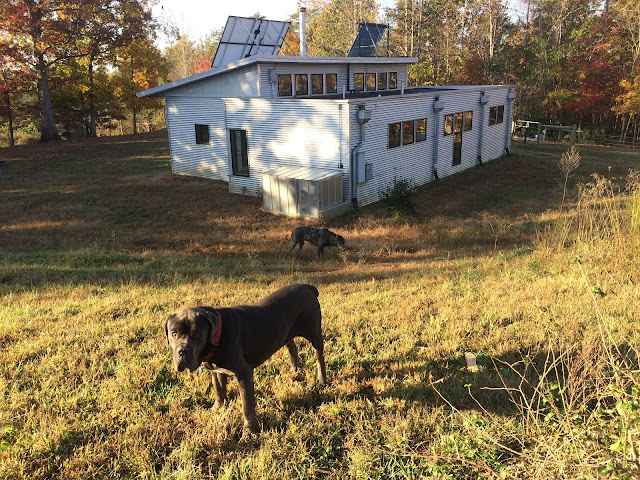 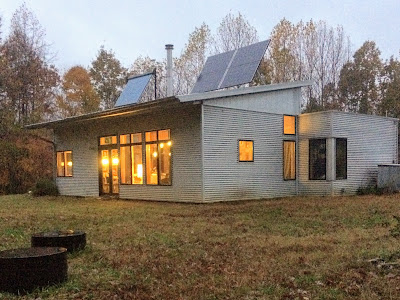 Temperatures at the modern off grid prefab passive solar house are now traditionally seasonal- in the 20s at night, 50s or low 60s midday.

Each winter I spot check the off grid prefab's energy efficiency- to see if there is any change in the prefab's performance.

And each year, with relief, even though knowing that it will be fine, because *duh* it's a SIP house, I note that again, it's another fall/winter with the same comfortable temperatures come morning, after another evening where we forget to throw logs on the cook stove at night and it goes out- hence no heat for 8-10 hours until we wake...

It is always so comfortable in the off grid modern prefab, even without heat when we wake, that we forget just how cold it is, outside. Here the canines are with their favorite rope bone one morning this week. If you look closely you can see that the rope bone is FROZEN SOLID. It was hilarious to see them tussle over who had the (frozen stiff) rope bone- whoever had it in their mouth dropped it quickly as they realized HOW COLD it was! 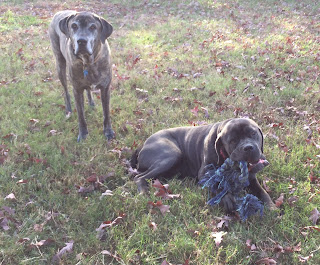 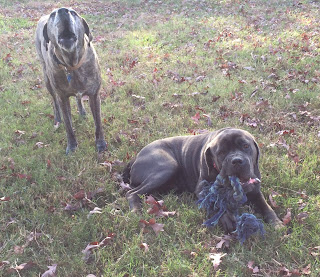 It might be freezing OUTSIDE, but in the passive solar prefab we were just kicking back all warm and cozy... 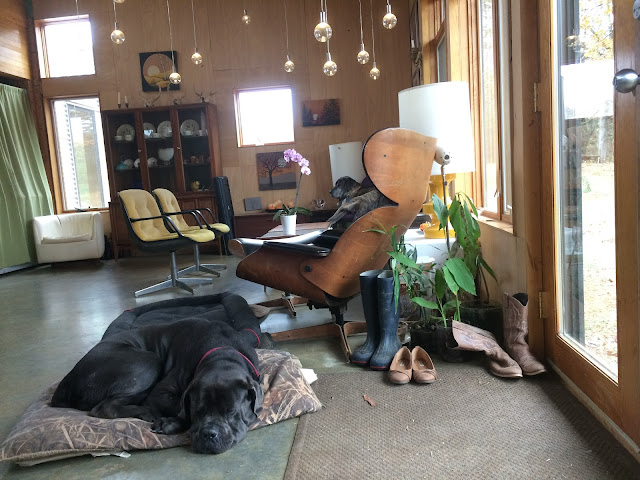 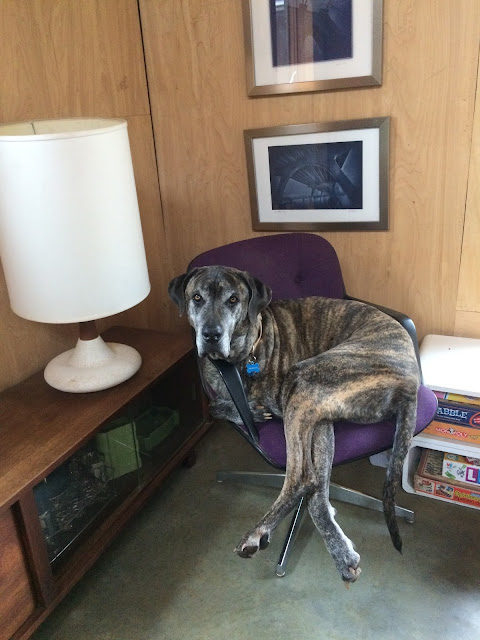 We did have one maintenance issue at the off grid prefab house this year. 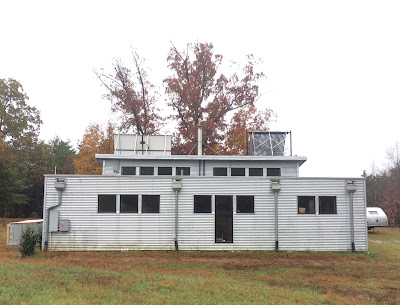 It would rain, and no matter how much I scrubbed the filter of our rainwater collection system, it just didn't seem to be nearly as efficient. Phone calls to the company confirmed something was amiss- "You really only need to wash the filter every six months or so..." "Did you check if there was settling of the home site? That could cause things to be askew..." No, no settling of our home site, the filter was scrubbed clean... yet every time we had a downpour, I opened the lid, looked down and yep, the rainwater was gushing through but you could see that the system was not performing as it used to.

Rainwater Management Solutions is so invested in their product they were going to send their president down to our little town o' fourty to see what was going on. THANKFULLY, Handsome Husband beat him to it and solved the issue that perplexed me for months.

It rained, the system performed beautifully and efficiently once again. 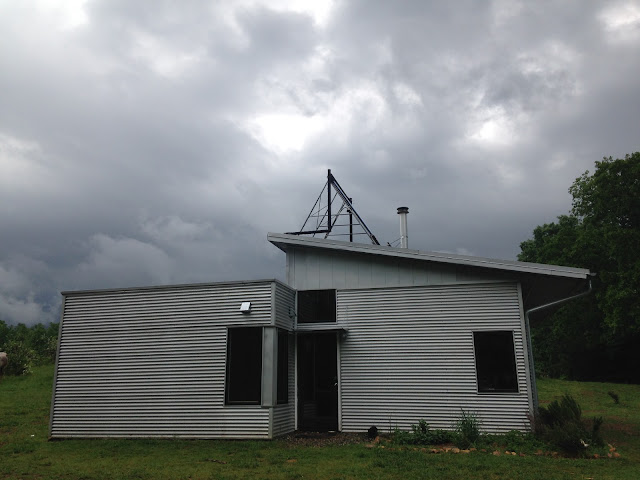 "WHAT DID YOU DO???" He smiled and gently suggested that if this ever happens again, don't just clean the filter, but also everything around it. OHHHHHHHHHH.

Years later, I can not recommend Rainwater Management Solutions, their products, and their staff enough. We have been extremely pleased with their rainwater harvesting and collection system, and their staff is fantastic.

FYI, here's some pictures from the original rainwater harvesting installation so you can see what it looks like: 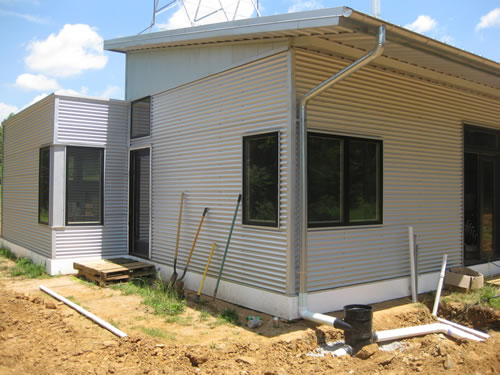 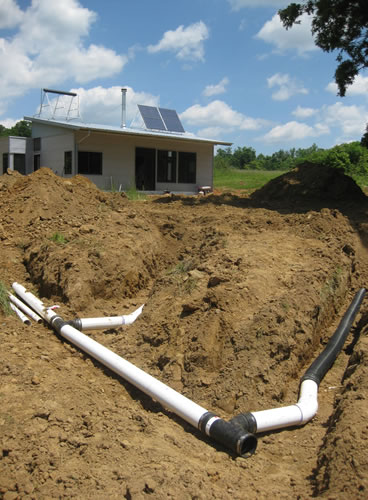 It was election week...

Do you know what's interesting?
In Virginia, candidates who won from all parties- Democrats -and- Republicans- had the environment / clean air and water as a platform. Those who didn't? Didn't get elected. 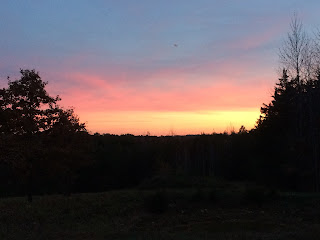 This is so important with what is currently going on at the EPA: ALL THE CANDIDATES WHO WON, HAD CLEAR, PRO-ENVIRONMENT PLATFORMS.

The lone Republican who won in our area says this about his environment priorities:
"Conservation
Three things: Clean Air, Clean Water & Open Spaces"

He listed on his site that he was not only pro-environment but used the word PROTECTOR.
"Protector of environment:

As I type, a PRIVATE pipeline is suing hundreds of private landowners for their legally-owned land, their well-funded lobbyists and lawyers muscling through the courts to condemn family farms for their profit. Environmentalists of BOTH parties need to work together to prevent another private business from taking eminent domain over citizens for their own profits while also wrecking shared community public resources.

Anyhoo.
The week was filled with friends, but also a loss.

R.I. P. Tiny's Arch Nemesis.
A taunting, furious squirrel, we envisioned death by hawk, never that you would succumb quietly to the waters of a horse trough when no one was looking...

Tiny still waits, eyes studying the oak, for your war cry, chase, and dash beyond the fenceline.

You are deeply missed. 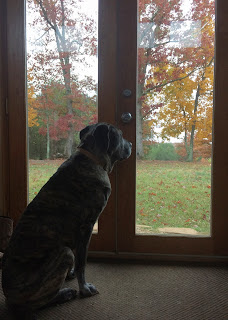 Over the weekend, one of my favorite friends, Miz L., came out from the city to pay us a visit! 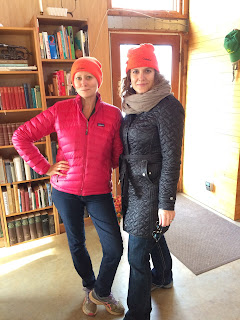 After a heady Ladies Lunch, I took her hiking on the High Bridge Trail. 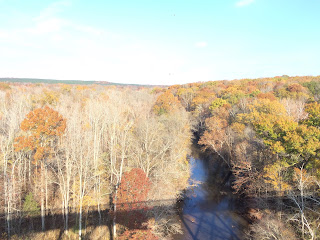 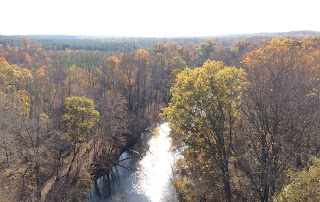 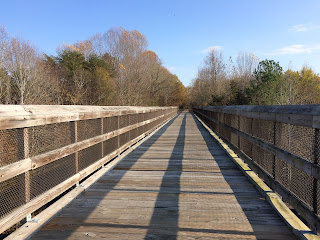 Our favorite moment was standing still on the bridge, listening to the silence... then the slow gathering of wind, channeling and gathering strength until it howled through our clothes and past us... then subsided slowly into silence. A few moments of complete stillness... then birds began to sing.
Beautiful. 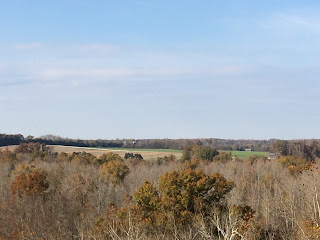 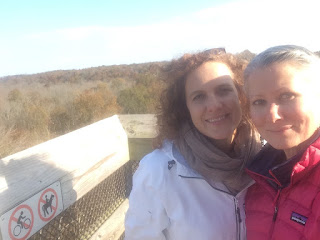 With the weekend over, guests have left, and our little town has dropped back down to the usual Population 40. But we're never lonely, never alone.

Hope y'all have a great week.