Off grid living prep for approaching winter in the modern prefab house is done. The solar battery bank is equalized, I have canned jars and jars AND JARS of pasta sauces and jams and more, the cistern is full, and we have plenty of firewood. The temperatures begin to drop, the junior sailing season has ended. It is time to head home.


Each summer when on the bay, I can up a storm. 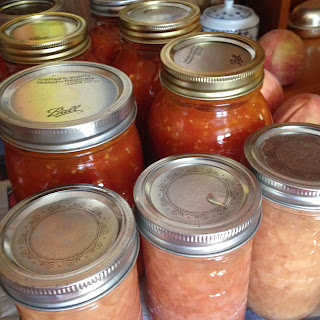 With all the canning I do each year, I was intrigued when I ran across the Harvest Right freeze dryer.

Living off grid and always aiming to be more efficient and independent, I was pulled in to the video's assertion that the food retains nutrition for longer amounts of time. I also understand the value of spending more for better quality. But what do YOU think? Would you spend $2,000+ to preserve your food? Would you eat 25 year old food? What would it be like? If you are as curious as I, here is one person's story.

On the bay, we had a great time getting to know the German sailors Thomas and Susanna as they wait out hurricane season in Deltaville. They were appreciating the chance to stretch their legs off the boat, hence Thomas spent time this week with Handsome Husband helping to re-roof the shed! 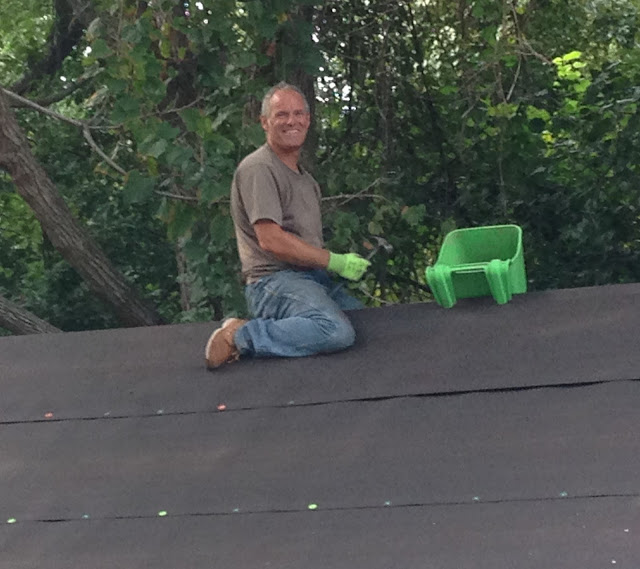 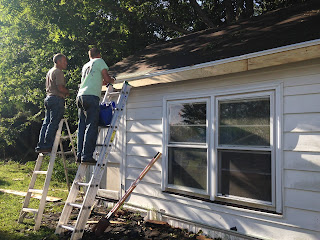 Read their story, and adventure, here. 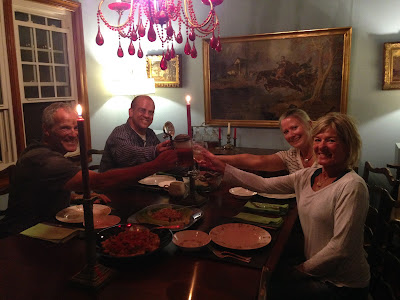 In a nutshell, much less in English, they are small business owners who have worked hard managing employees and growing their business until one day, a younger guy offered to buy their business. Thomas pulled out all of his past calendars, with each day's meetings and itinerary noted, and realized that in those years he had only taken three days off.
"SOLD!"

Since then, they have been sailing the world, so check out their blog to see their amazing journey!

Bad weather moved up the coast. Tuesday, it TYPHOONED.
So we Monsooned with the A's! 💛
Inspired by a '70s cookbook and bad weather, we made a memory of 1970s food with dear friends, on a dreary day.
❤️❤️❤️❤️ 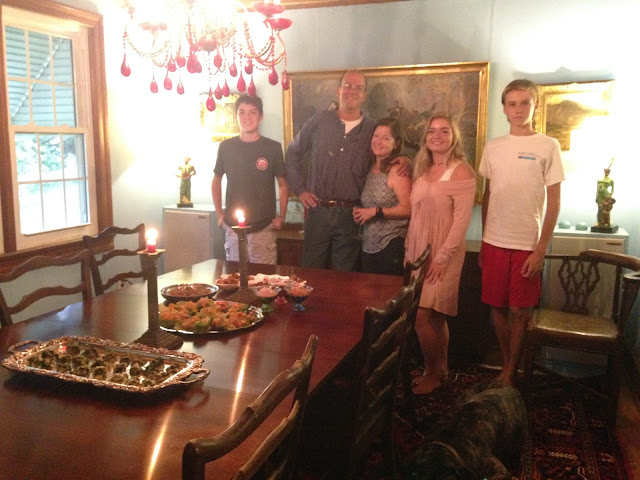 We served ham salad stuffed tomatoes, tuna "toasties," hot sausages, curried chicken salad, oysters Rockefeller, meatballs (because what are the 70s without meatballs?)... what else... 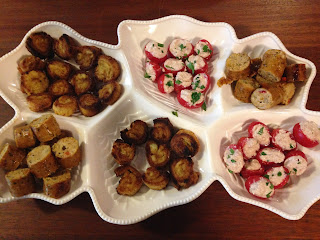 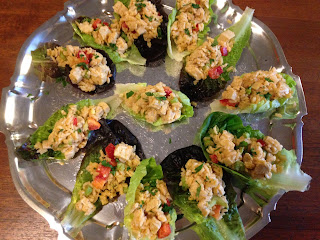 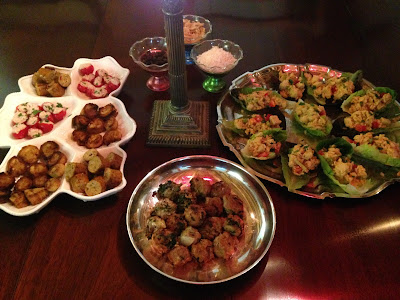 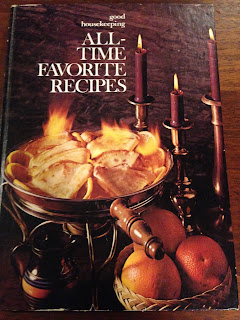 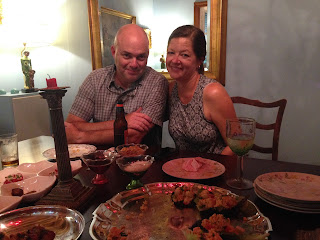 Wednesday, the sun emerged and the Germans were back!
Susannah overheard us talking about Pip 1's refusal to let me touch his hair (many jokes over that have been made this summer). A stylist, she showed up with her scissors, grabbed Pip 1 and gave him a haircut! 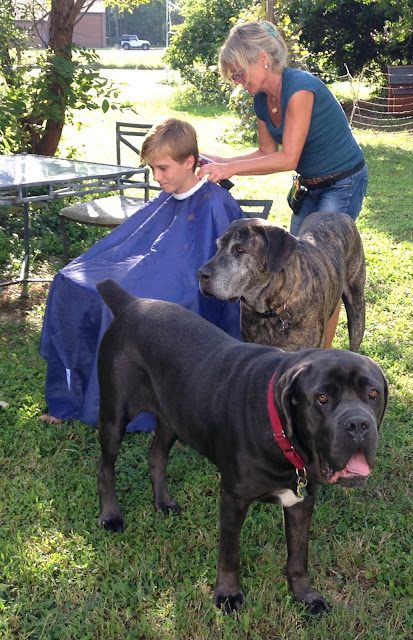 As always, the canines "helped"... 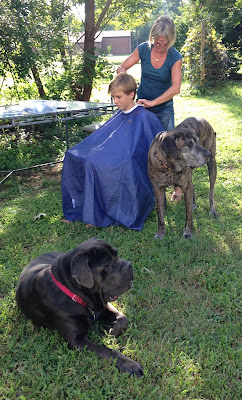 Recipes:
Onion Pie On The Bay
Make pie crust, line pie tin. Slice onions and sautee in butter until soft. Sprinkle with salt, pepper, and Seafood Breading until it's all coated then add to pie tin and pour in beaten eggs, top with pie crust leaves you made out of some fancy pie pattern thing-a-mah-jig you found unused at a thrift store, and cook at 350. 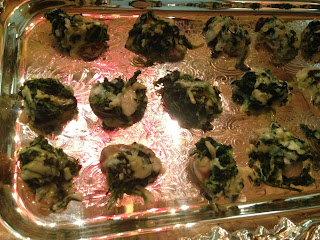 In a bowl, grate a bunch of parmesan.

Defrost a package of frozen spinach, which my children have never encountered. Pip 2: "Huh. A CUBE of spinach!" Yep. People do that. Now take that cube o' spinach and WRING it out well, over the sink, then chop.

Mince onion, stir into cheese and spinach with Worcestershire, lemon grass (you know how you can get it in a tube now? Yeah, that! A big glop!), wasabi, salt, pepper. I omitted the traditional bacon and breadcrumbs, and it wasn't missed a bit.

Lay oysters out on a baking sheet and top each one with the mixture, cook at 400 until oysters are firm, drain off juices and place on a *fancy schmancy* tray. 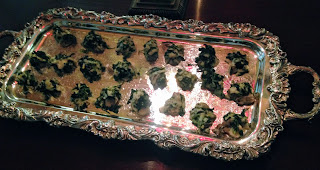 We had a last hurrah as sailors with a blustery regatta with the Cs. 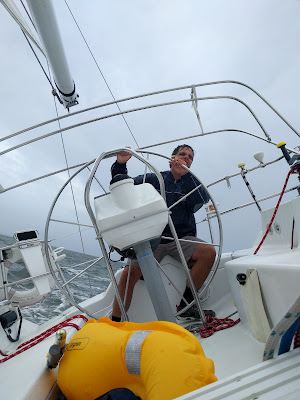 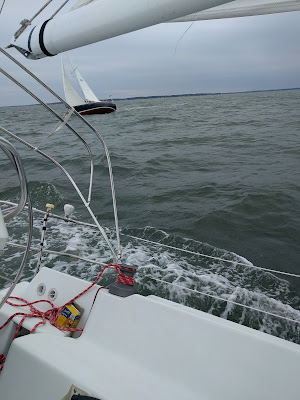 The weekend finished gloriously, but with that annual taste of regret as the season ends. 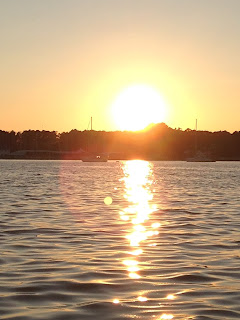 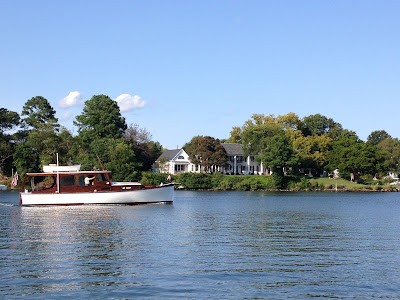 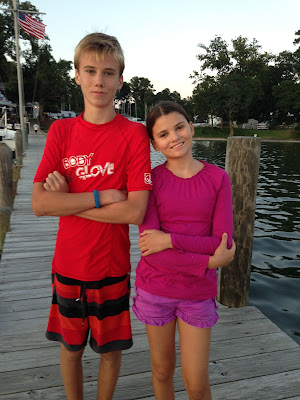 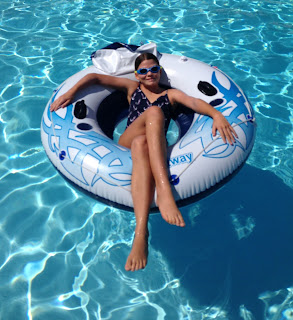 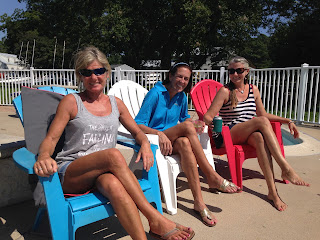 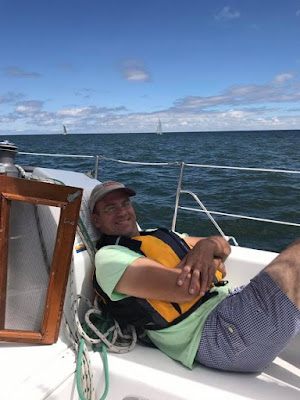 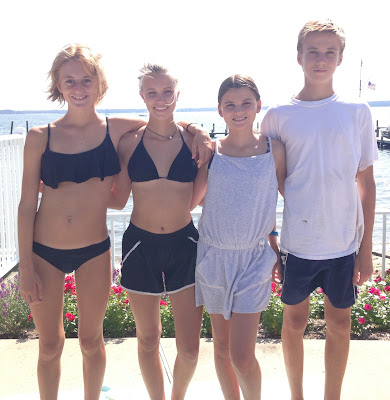 And just like that, summer was gone.
With a dear friend, I sat on a dock and watched the fiery summer sunset sink into the bay, as a large moon rose.
We stood up, hugged, and walked onward into fall. 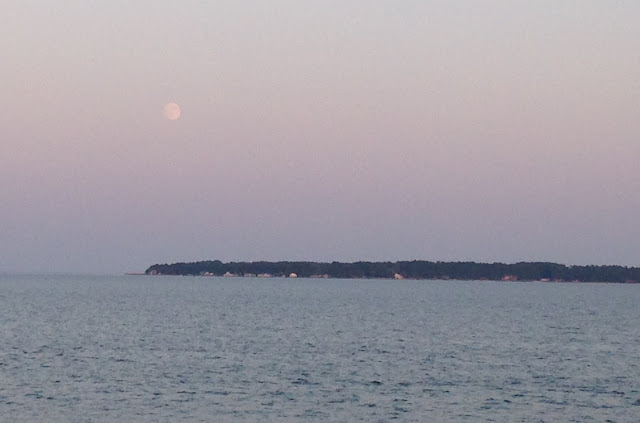 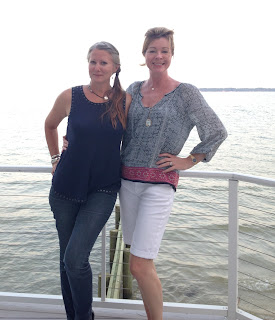 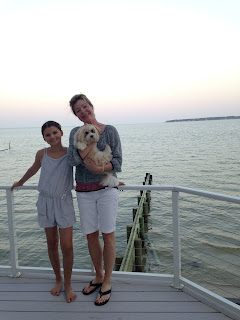 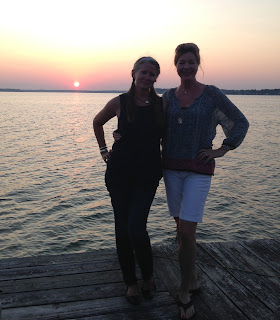 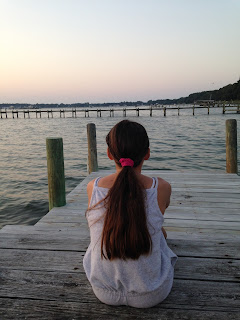 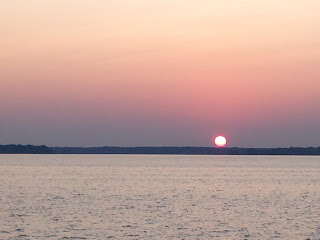 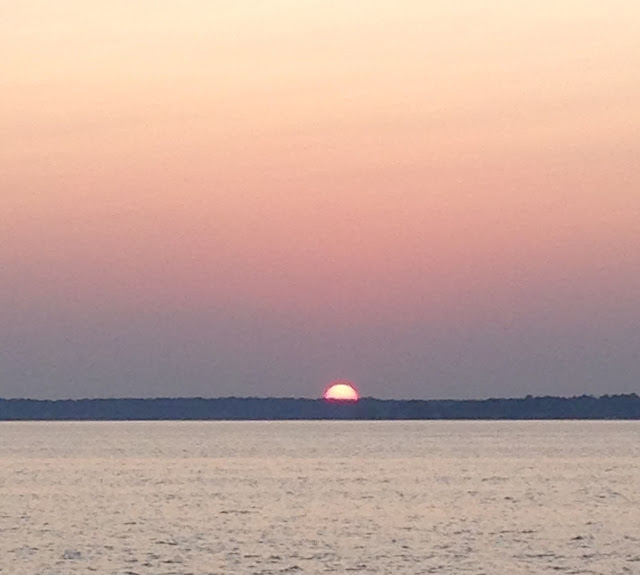