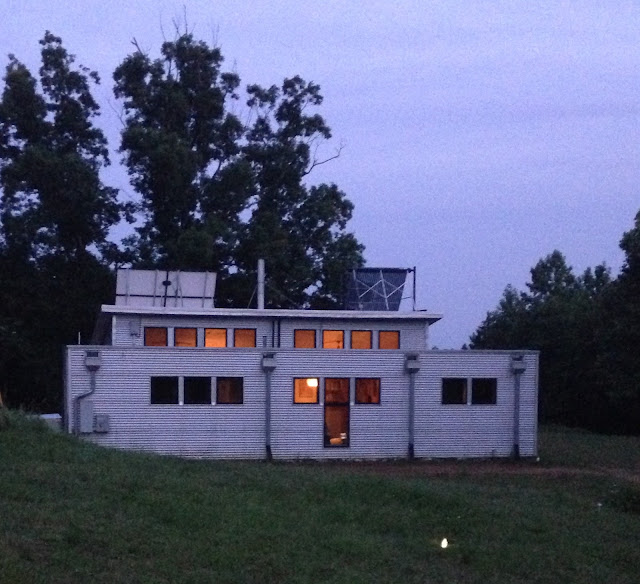 All is quiet at the modern off grid prefab house, where friends-of-friends are staying for a long wedding week. 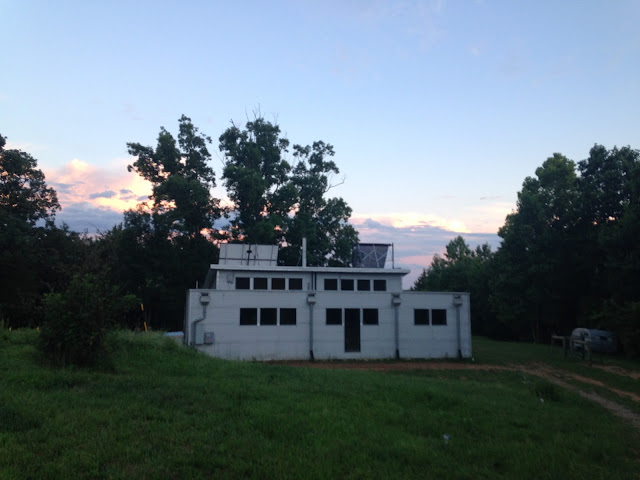 During weeks when the heat index brings up our temperatures to 105+, I think about climate change a lot, especially when I'm on the bay. 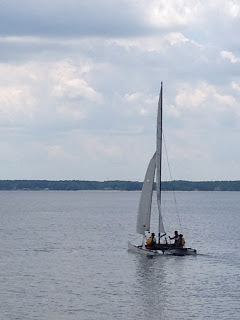 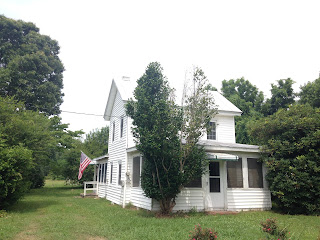 No energy efficient passive solar modern prefab house can save us in extreme heat...

I obsessively nose around the NOAA's sea level rise viewer (regard how the map changes at one foot! Two feet! Seven!), look at those areas, and wonder how people on the water's edge with historically bad water (which is why the locals never built there) push their counties to spend millions in infrastructure on properties less than 10' above sea level.

Like elsewhere in the world affected by climate change, it will be the poor who bear the brunt, in health and financial burden: those water-front out-of-town owners be long gone, leaving the $35,000-average-household-income locals holding the financial bag for such a loan.

No one suffers like the poor.
From The Economist:
"...The rich are disproportionate contributors to the carbon emissions that power climate change. It is cruel and perverse, therefore, that the costs of warming should be disproportionately borne by the poor. And it is both insult and injury that the wealthy are more mobile in the face of climate-induced hardship, and more effective at limiting the mobility of others. The strains this injustice places on the social fabric might well lead to woes more damaging than rising temperatures themselves."

It is imperative to each day personally attempt to do more with less and conserve resources. (But I know I'm preaching to the choir, here.) 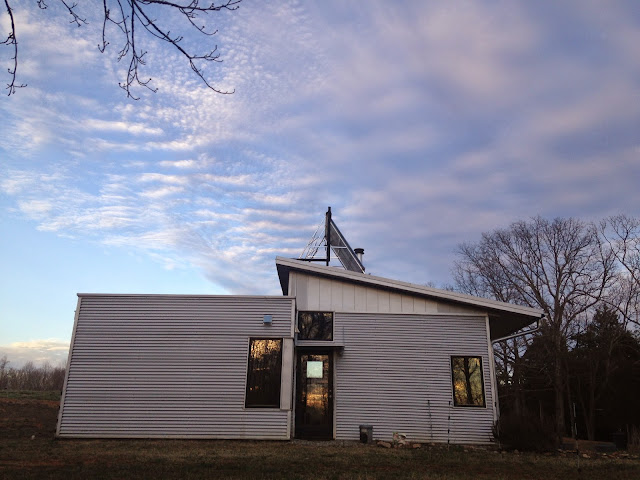 On the bay, in the In-Town Ramshackle, when extreme heat hits, our alpha-gal high histamine child becomes an environmental prisoner. High histamine is not just in the foods you eat, but your emotions also release histamine, and your body also reacts to extreme environmental temperatures.
So until the heat wave broke, for our child, it was really, really hard.

Thankfully there was early hour pasture time, evening swims, and in the middle hours, we rest. 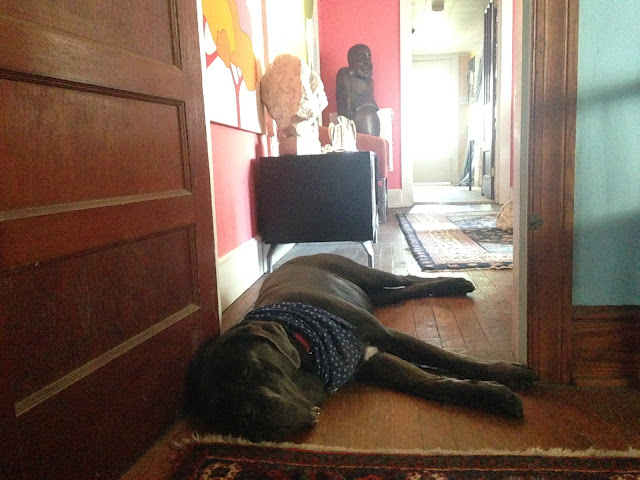 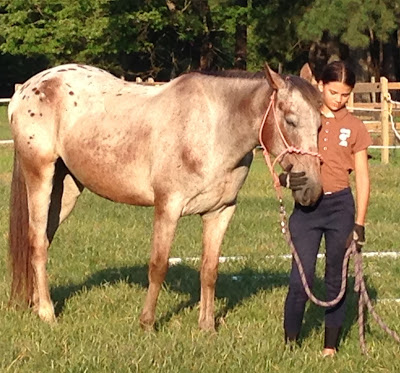 We did have fun, even indoors.
I pored through vintage cookbooks, inspired by gelatin. 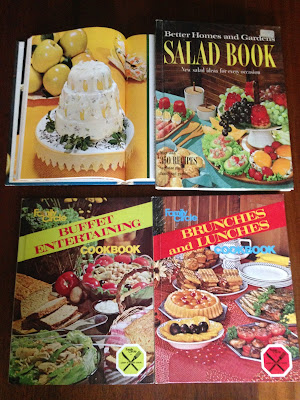 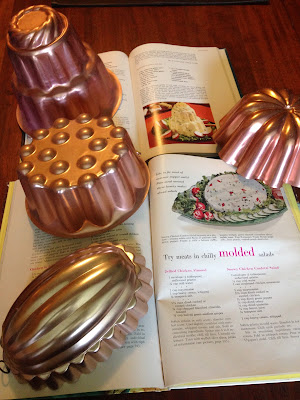 Why gelatin? Because, in the off grid prefab house, when I am cooking on the cookstove in winter, I love to make roasts. The blend of the meat, vegetables, slow cooked and savory, is delicious the next day.  The leftovers are held firm in delicious consomme solidified with the natural result of all those bones and meat, forming a savory jelly.
In days past, our southern great grandmothers worked with that and created aspic.

Mid-century, hostesses took it a step further.
Recipes:
From Southern Living's 1976 The Salad Cookbook, I made Autumn's Gold Salad. 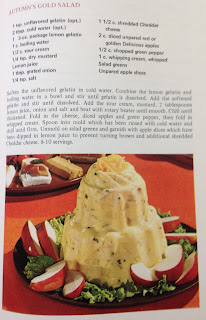 But, as usual, I changed it. I added a bunch of diced chicken to the apple / cheese mix.
HERE'S WHAT I WOULD DO DIFFERENTLY for today's palate: embrace the salad as a chicken salad that is pretty with some cheese and apples in it. Cheese and fruit goes great! Cheese and meat goes great! It all goes great! What does NOT work is all the sugar. You do not need LEMON JELLO or WHIPPED CREAM, that is something from the 1970s I do not want back, thank yew...

If I had saved some of winter's roast gelatin, all savory from roasted meat and vegetables, reheated it and used that instead of lemon jello... now THAT would be delicious. 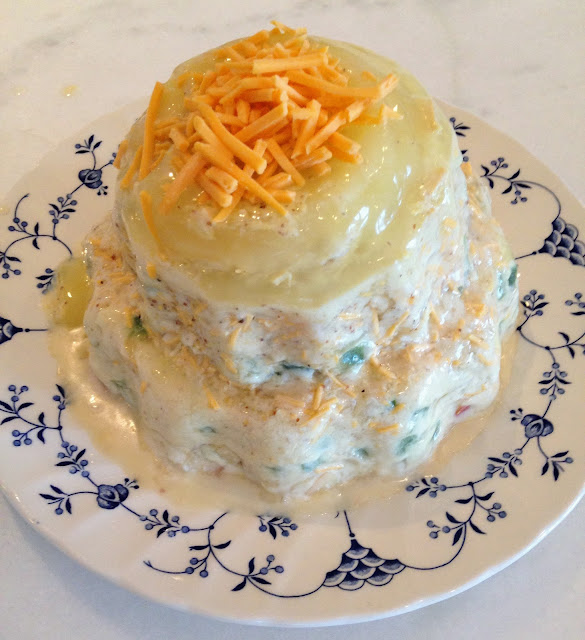 So any future congealed salads I attempt I will ignore sweet ingredients and instead embrace the savory.
Have a great week.