An Off Grid Modern Prefab House Thinks On Solar Farms 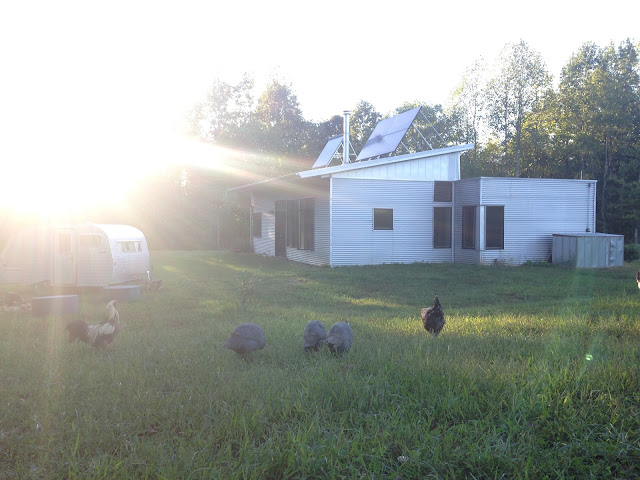 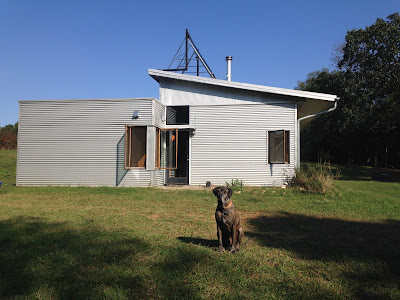 In local happenings, at the modern off grid prefab house we are watching with interest an application for a solar farm nearby wend its way through bureaucratic proceedings!

Have you considered how solar farms are controversial in rural areas? I read with interest the pros and cons, even though I am clearly a supporter of solar. All viewpoints are good to consider.

I think that with sheep and goat management for mowing between solar panels (vs. RoundUp or rocks), pastures can remain not only viable but fertile. Fair taxation is something to consider as well... if you are getting financial breaks for farming, why not solar? 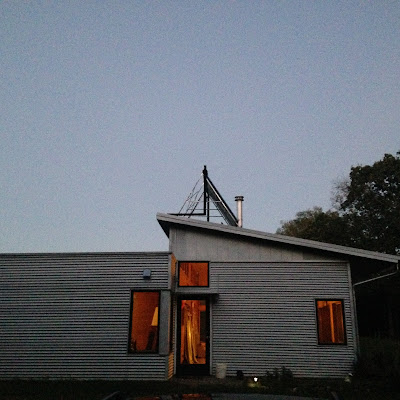 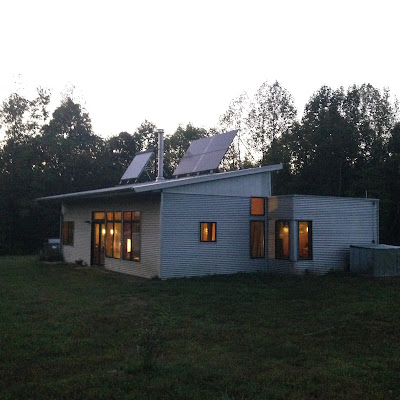 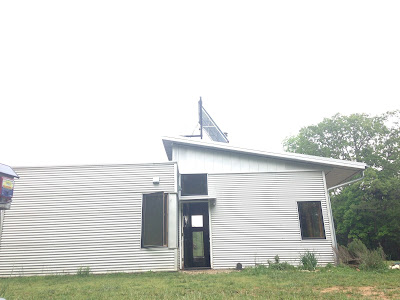 Poison on land (even in residential areas) should be banned as it affects not just the property but everyone. So yes, no more herbicides! Goats for everyone! Then the pastures will remain fertile and viable for future generations.

ANY company should clean up after itself on leased land.
The removal / recycling / cleaning up of solar panels needs to be addressed now just like any corporate cleanup. ALL companies should be responsible for leaving no trace.

I do disagree with his tax assertions, and technology is certainly improving solar's efficiency. Farmers and farmland get significant tax breaks; solar farms are not built on suburban neighborhoods so to hypothetically treat them as such isn't fair. The article on the SunTec farm addressed many of the above concerns.

I'd take corporate responsibility a step further and agree with Lloyd Alter: it is time for deposits on everything, whether it be batteries, solar panels, bottles, and food containers.
From "It is Time for Deposits on Everything":"Look closely at Shawn Micallef’s photo at the top and you see that the mess is almost entirely disposable food and drink containers, primarily plastic bottles. In the name of customer convenience, the vendors of all this stuff have outsourced the responsibility of dealing with waste to the taxpayer who now has to pick it all up. Shawn tweets that 'We often design for some idealized Toronto, not the one Toronto wants to vote for or pay for.' But we shouldn't be paying for this; we are just being hosed and bamboozled by the people who sold the stuff."

Meanwhile, On The Bay...
Behold the craziest thing I might have ever found antiquing. #OutsiderArt #PrisonArt 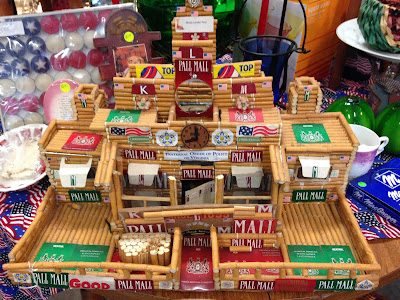 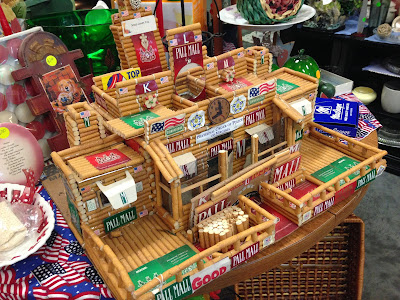 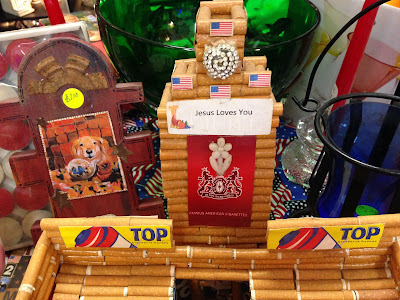 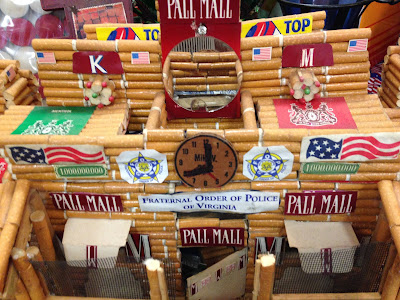 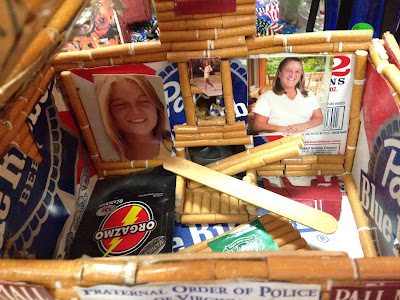 Made entirely of used cigarette filters, this compound's roof lifts off to reveal a creepy shrine to some woman. I had to get it, even if to give away.

The second it was in our hands we felt bad juju. The first thrift store we passed, we could not get it out of our car fast enough and donated it. Maybe I'll return with a priest, it needs it.

It goes back to my philosophy of putting smiles in the world. Some things emanate light, some dark. It is your responsibility that if you take a smile, you fix it, make it better, and put more smiles back in to the world than what you took.

This old Ramshackle is FILLED with love. It emanates year after year of loving history, happy memories made, light, generations of nurturing. A timeless lesson, re-enforced: Don't ever bring in dark. Like light, darkness spreads. So kids, stick to the light. 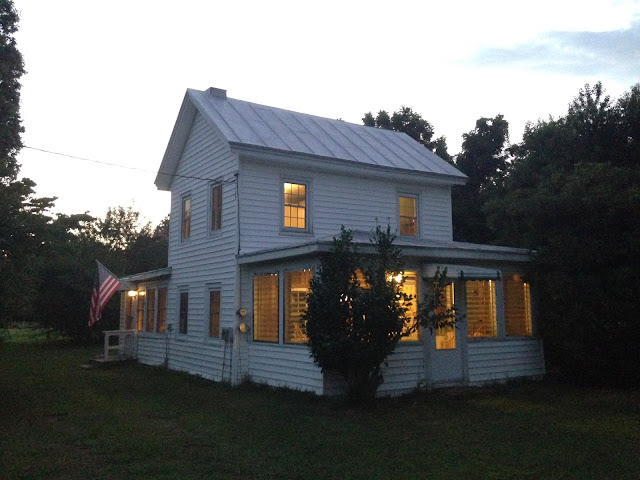 Speaking of love and light, the 150 Year Old Ramshackle is also filled with contented, snoring beasts. Imagine briskly opening the door, filled with productivity and a list of many things to accomplish, and stepping into THIS: 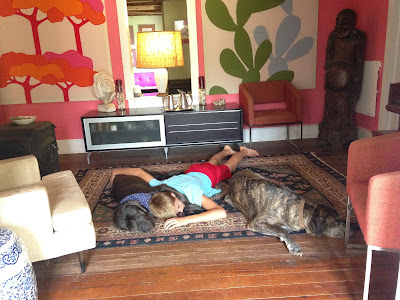 The soft sound of snoring slumber on a hot idle summer's day tosses ambition out the window. The soft carpets beg you to sink down and rest... rest... rest. 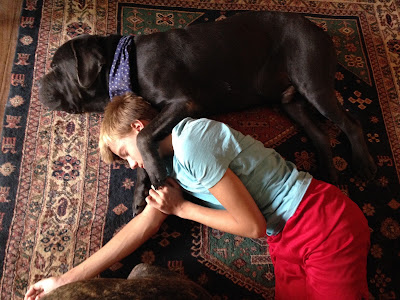 Until, with dusk, energy starts up again.
I love watching two mastiffs and a (not so) little boy chase, jump, and tumble over each other at breakneck speed in the pasture as the sun sets, and fire flies fly. 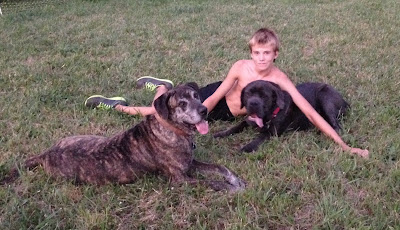 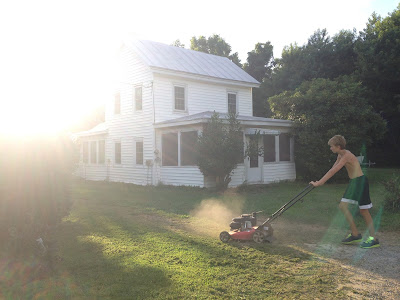 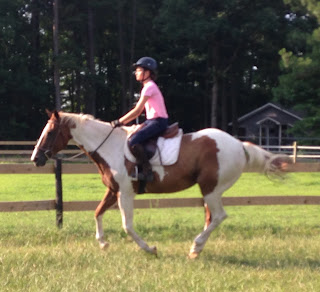 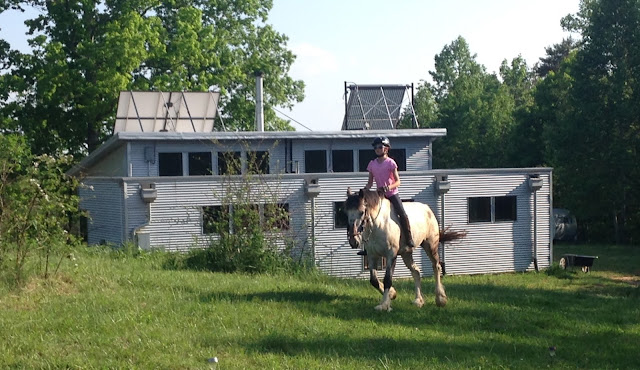