I thought y'all might enjoy seeing a modified version of our modern green prefab cabin, the Dogtrot Mod, with stairs and slight alterations to the small footprint home just for fun: 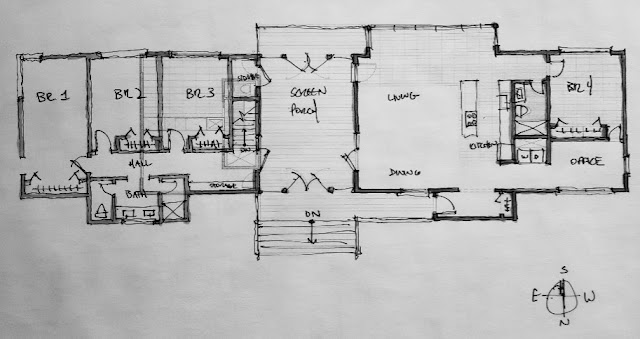 This would be for a larger family (hence more bedrooms) who desired a downstairs on a sloping lot. As you can see, the original footprint (in lighter shading) was extended to accommodate the extra bedrooms, and stairs added off them.  More on this later.

Here's our "as is" Dogtrot Mod modern prefab cabin: In the meantime, thinking on underground space, I ran across this article from 2012 detailing how katrillion-aires are, like moths in sweaters, eating into London's landscape. It's a classic tale of small footprint architecture nestled in historic neighborhoods invaded by gaudy greed. It's a fascinating read on pitfalls of urban outdated zoning! Impacts on neighbors! Oh the architectural and community horror. 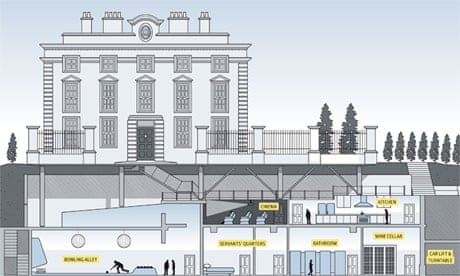 "But the planning authorities are not quite so enthusiastic. 'There may be some truth in saying that inserting a large concrete box beneath a house might stabilize it,' says Derek Taylor, head of development control at the Royal Borough of Kensington and Chelsea (RBKC), and the man being faced with the barrage of ever-bolder basement dreams. 'But there is a counter argument, that if the neighboring buildings aren't also stabilised, then they might well part company from it.'

This is precisely what happened, to residents' dismay, in Kensington's Palace Gardens Terrace this summer, when Goldman Sachs boss Christoph Stanger started digging beneath his £7m property to create a playroom for his children.

After initial excavations, the house began to subside, pulling its neighbours down with it. Cracks appeared within the adjacent basements, and the facades sunk to such an extent that door frames shifted and people were trapped inside."

Anyhoo.
We spent another week in our beloved 150+ year old Ramshackle.
Boy she's a mess. And because we've been so busy, I have yet to clean her!
But every year, we do one more thing to stabilize and strengthen our sweet grand gal. 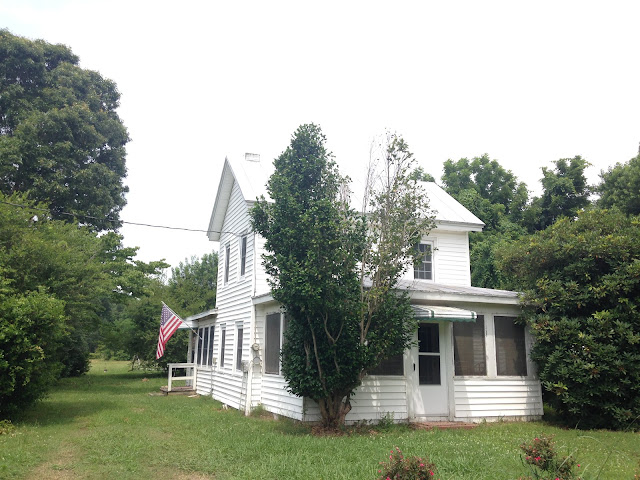 We sailed through another year volunteering for Junior Week, teaching the littles how to sail and become pirates. But it was not without bumps! Two days before the Junior Week craziness began, Pip 2 discovered that thanks to alpha-gal triggered mast cell issues that... she was allergic to salt water.

HOW DO YOU TEACH SAILING WHEN YOU ARE ALLERGIC TO SEA WATER?
Well, never underestimate the Counselor Who Teaches Knots. 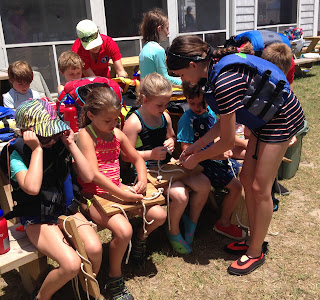 Don't forget the importance of The Counselor Who Sits On The Dock And Yells "TILLER TOWARDS TROUBLE!" to the littles as they swerve and scream and sway in their boats, learning how they work. 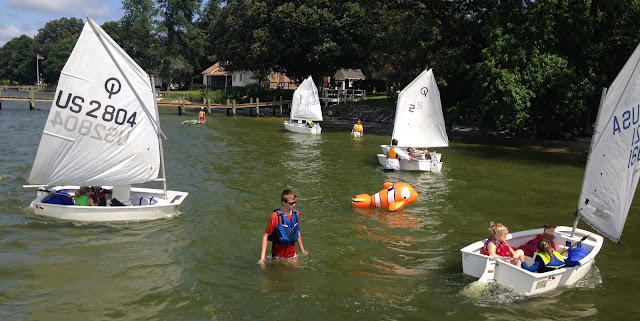 There was the ALWAYS needed and valued I'll-Take-You-To-The-Bathroom Counselor.
So albeit not able to get in the water, Pip 2 had skillz! We hope Pip 2's body is more healed by next year. But happy for her that she was still able to participate despite such obstacles. 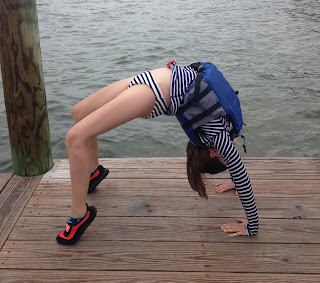 I love that the Pips work with the littles. It's learning for them, too. 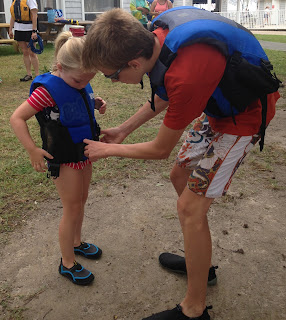 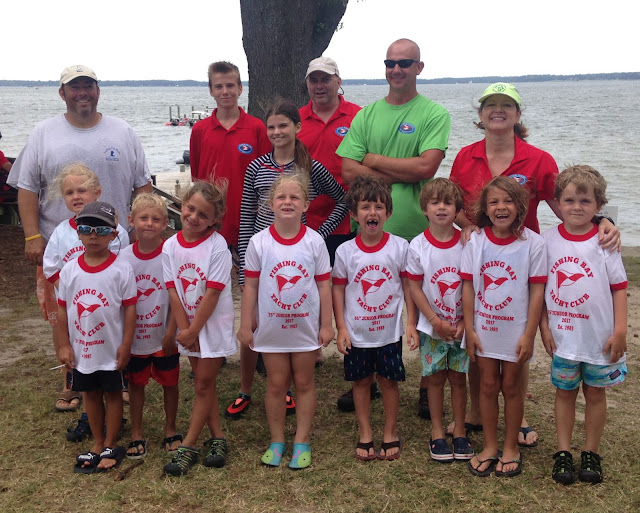 Also deep thanks and kudos to The A's, who, without their years of coaching patience and expertise, the Beginner 1 class would not be possible. 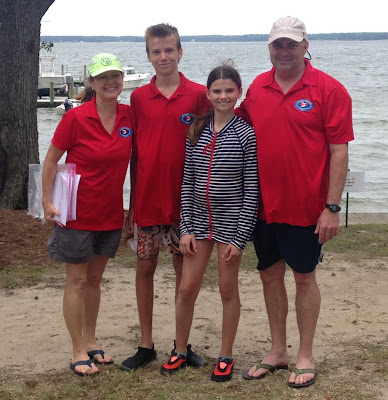 When I came up in the Junior Sailing program here, we thought we were big. We never would have dreamed the program would be THIS big! Go pirate sailors, next generation!!!
With the crazy, exhausting, rewarding week of Junior Week 2017 finally finished, we took a break. *Whew* it was nice to sit down. I sipped an ice tea and had lunch after Junior Week ended at 12...
...then at 1, the Development Sailing Team summer of sailing began.

Nothing like finishing Junior Week to head right into regattas!
But I did goof off.
After everyone was rigged and ready, I might have snuck off to the Deltaville Farmers Market...
because there's nothing like Tidewater Oyster Farm's oysters and homemade lemonade (and limeade!) for breakfast. 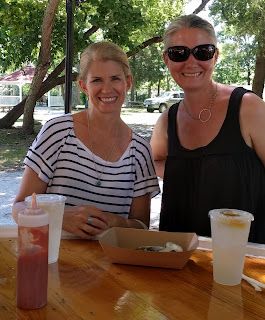 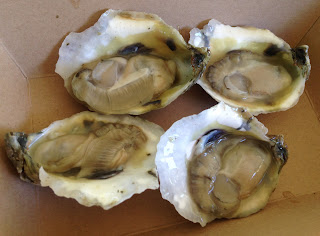 After a beautiful day hopping between the regatta and pool and bay, we finished with dinner with The H's. 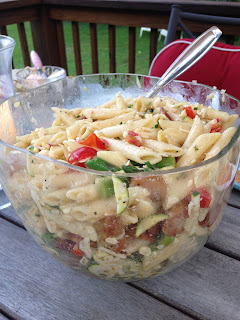 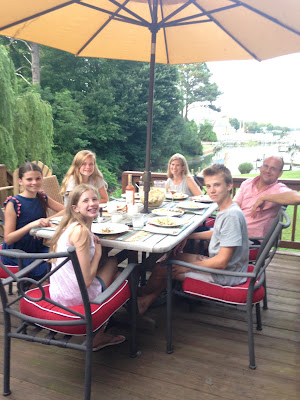 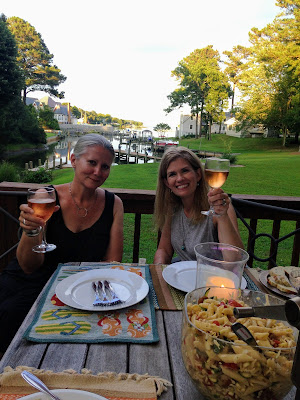 But as always with we Casatis, duty calls, no matter the hour: and so, we had to abruptly leave a delightful dinner party and dancing for a bit of snake-handling. 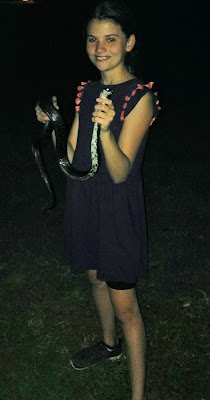 Some people ghost; we snake. 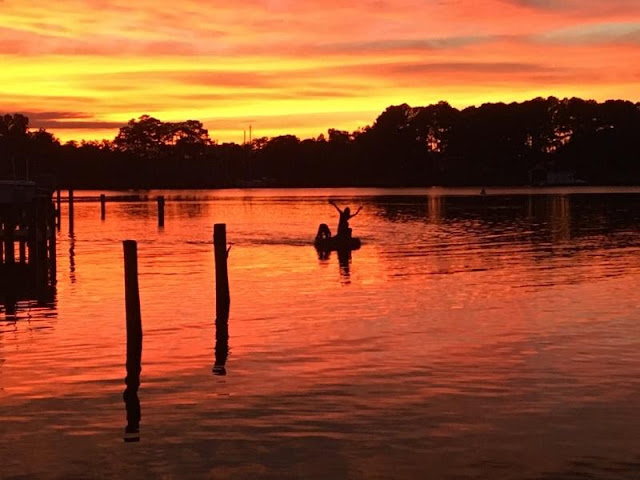 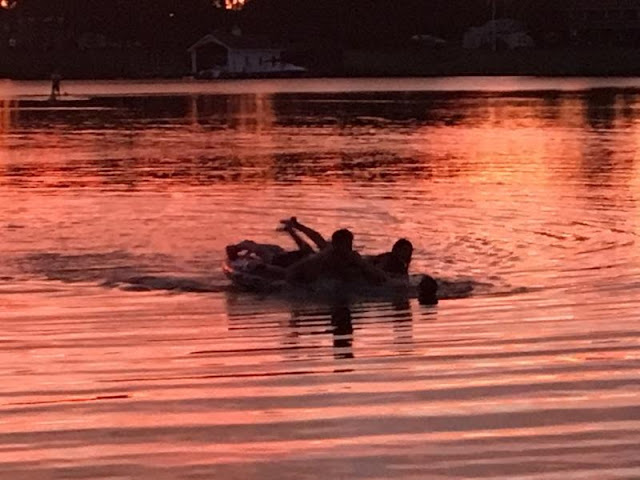 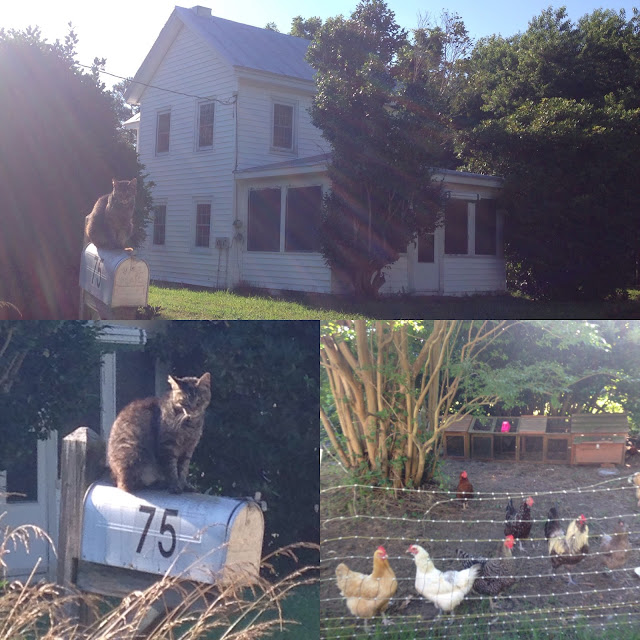 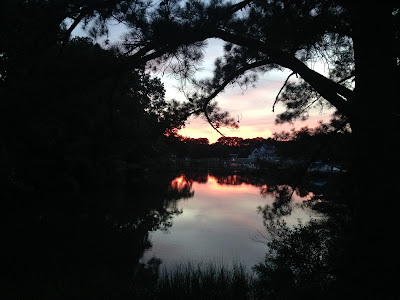