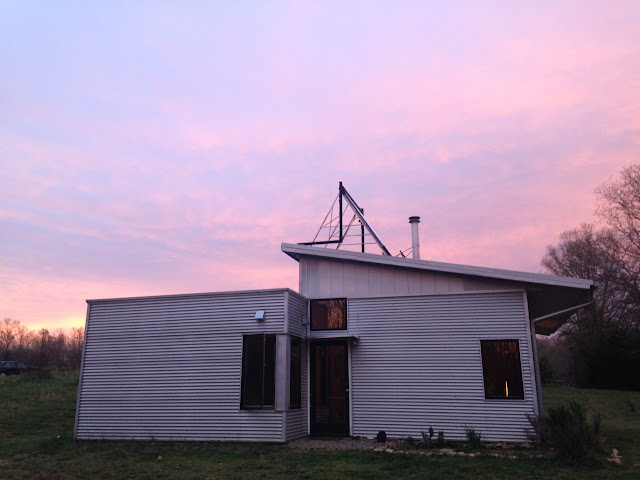 Off grid, in a prefab modern house in the middle o' nowhere, in a town population 40, when things break, you get DIY real quick.

Pip 1 was mowing the areas the horses don't when he ran over the internet cable and it broke, AGAIN. 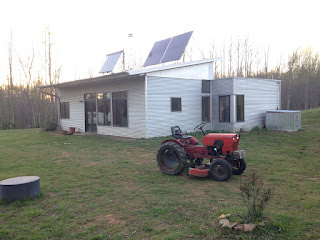 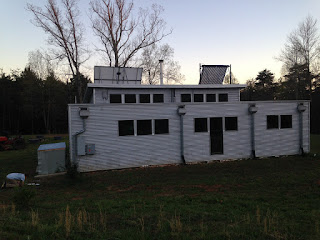 I will be happy once that cable is again buried, but we won't do so until we do some more grading around the off grid prefab house. 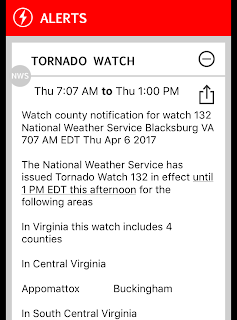 This week, lines of tornado-producing storms again swept the southeast. In four years, we have had two on either side of us, the closest just 4 miles away to our west, the other, 15 miles east.
Too close.
I have written about tornadoes and SIP homes.
Because tornadoes seem to be increasing in our area, I do eventually want an underground storm shelter.

If I had to do it all over again with our own off grid prefab house, I would have made that storm shelter underneath our concrete slab. Hindsight is everything, but now YOU know, yo.

As the weather warnings went out, here's what I did to kind of makeshift, with materials I could quickly gather from the shed, attempt some sort of storm protection: I pulled the base off the scaffold we have in the shed- it is thick plywood and metal, some lumber to prop it up behind the cast iron tub, and a drill and screws at the ready to quickly start affixing it to the interior bathroom walls, covering the window, should a tornado appear. 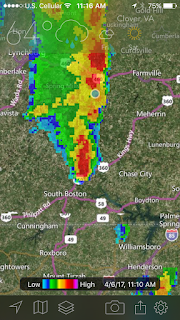 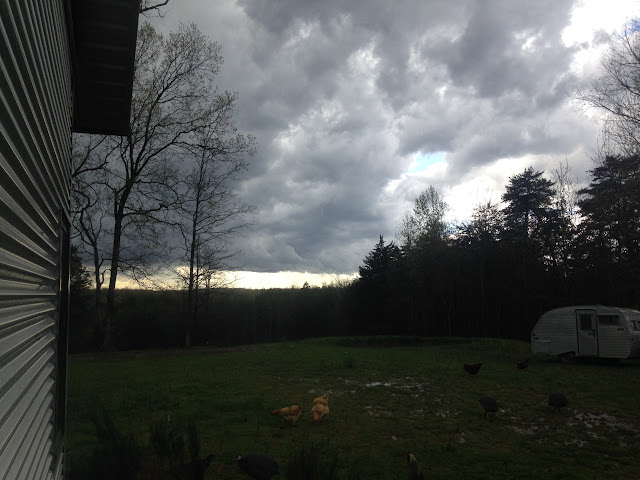 If you purchase the casa ti prefab modern house like ours, here's the factors that determined WHY I chose the bathroom as storm shelter. 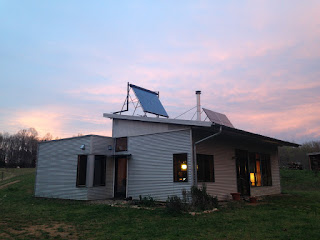 Like any modern passive solar home, we have glass throughout, providing wonderful daylighting and passive solar design, but not offering one area for storm shelter.

Our windows are high quality, energy efficient, but not designed specifically for impact of hurricanes and tornadoes. However, they are rated for Florida, just not HVHZ, so there's that.

From NOAA / National Weather Service:
"What direction do tornadoes come from? Does the region of the US play a role in path direction? Tornadoes can appear from any direction. Most move from southwest to northeast, or west to east. Some tornadoes have changed direction amid path, or even backtracked. [A tornado can double back suddenly, for example, when its bottom is hit by outflow winds from a thunderstorm's core.] Some areas of the US tend to have more paths from a specific direction, such as northwest in Minnesota or southeast in coastal south Texas. This is because of an increased frequency of certain tornado-producing weather patterns (say, hurricanes in south Texas, or northwest-flow weather systems in the upper Midwest). "

HOWEVER, a tornado can hit, even moving southwest to northeast, from any side.

I thought about it, and feel the casa ti bathroom is the safest place with just one window and being on the north side of the house, as weather tends to come up to us from the valley to our south.

That window needs to be covered securely, which we will do, with latches all around.
It is by no means a "safe room," but is at least something.

In the meantime, here's a(nother) reminder of why I'm happy to have a SIP house: 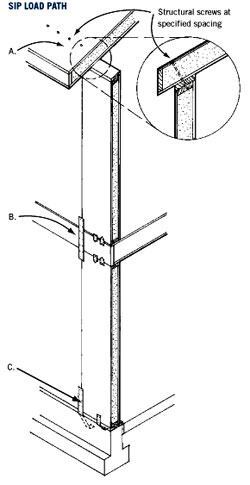 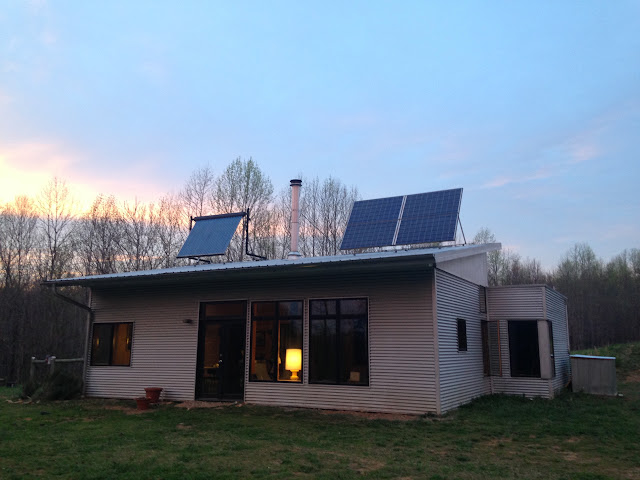 We weren't the only ones looking to reinforce shelter.
Within my off grid prefab house's storage where we keep the battery bank and generator, I startled a fieldmouse seeking a secure space in an inconvenient area: 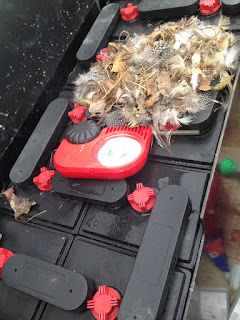 Life goes on. And easily, off grid, at the modern prefab house...

We are excited because some Amish friends have bought the farm for sale three farms down!
They are off grid, too!

On our usual walk, we waved, they saw who it was and waved us up for a tour.
This house is SO INTERESTING because it is OLD, built in the 1940s,  but simple, clean lines... MODERN!
And now it's getting Amish-fied! 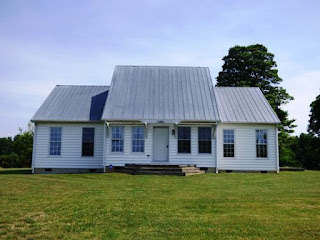 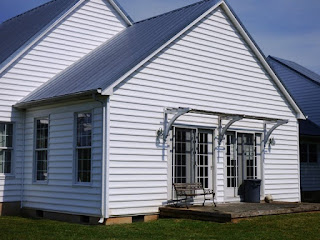 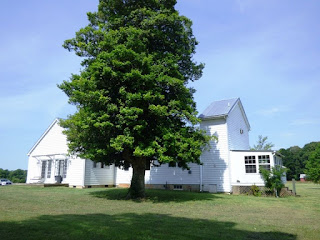 HOWEVER.
Embarrassment is losing your phone at your Amish neighbors while playing with their puppy and then everyone looking for it in the grass like they're at a frickin' Easter Egg hunt.

Oh the best part was we finally had to use the "find my phone" feature on Handsome Husband's phone so eventually he was leading us all alllllllllll around like Captain Kirk explorin' a planet. 🙄 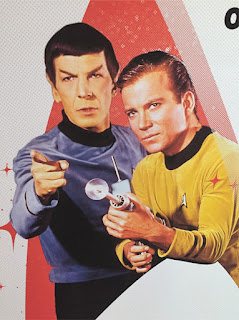 I love walking here. Here's a few pics from this week's walks... 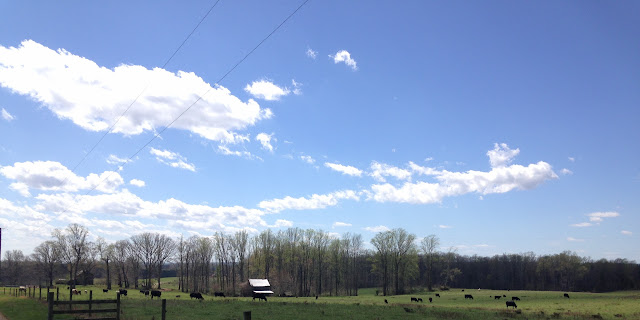 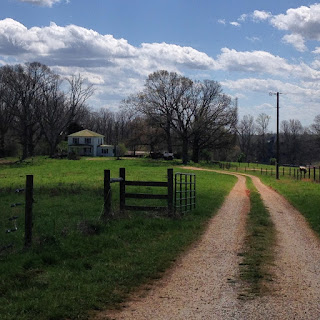 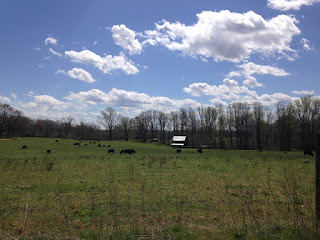 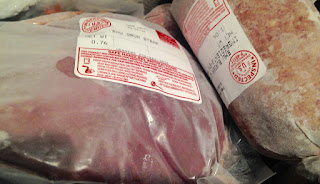 Pip 1 was excited to make a bomb out of the dry ice with which it was packed!
"Oh WOW is that dry ice?!? I HAVE ALWAYS *WANTED* TO MAKE A DRY ICE BOMB!"
Ohhhhh, science kid... 🙄 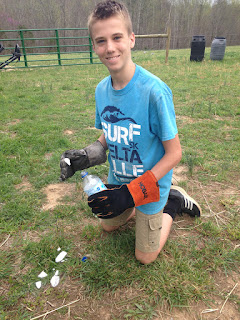 The emu was THE BOMB (ha). I made a stirfry with it, and it was the first time in months that we all sat down at the table and ate the same meal (due to reintroducing foods back into her diet).

Why Emu?
She can't eat mammal. So poultry yes-chicken turkey etc. but emu, according to alpha gal people, tastes the closest to beef. We're not big meat eaters, but it would be nice, when everyone else is having a 4th of July hamburger or whatnot, for her to have... an emu burger!

Pip 1 is thrilled with the prospect of regularly-arriving cartons with dry ice.

In the meantime, off grid life is easy at the modern prefab house, and we are enjoying spring.
Hope you are, too. 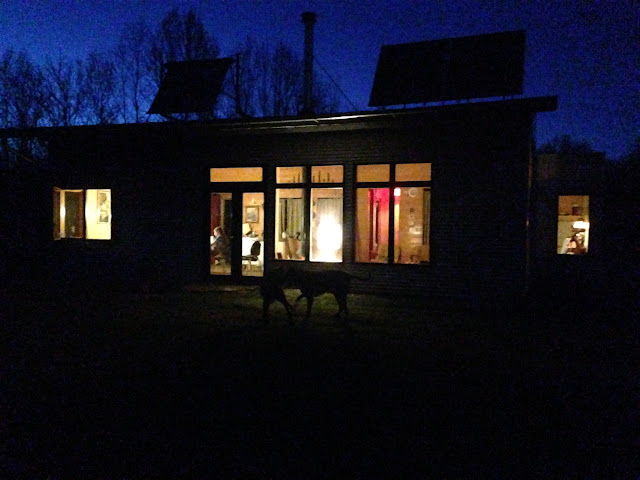 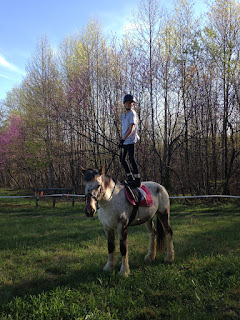 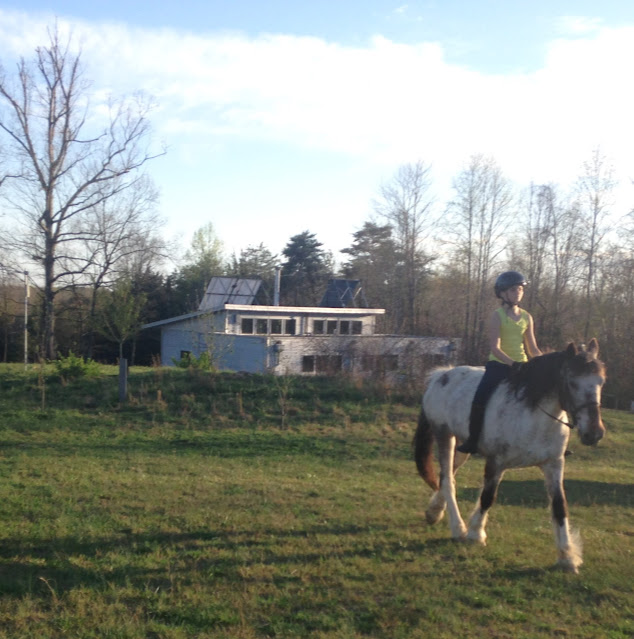 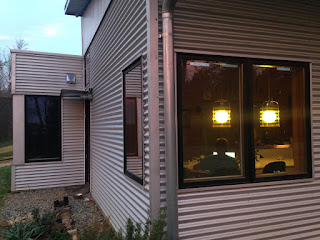 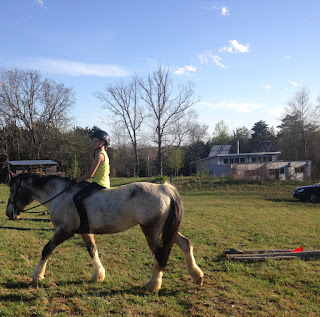