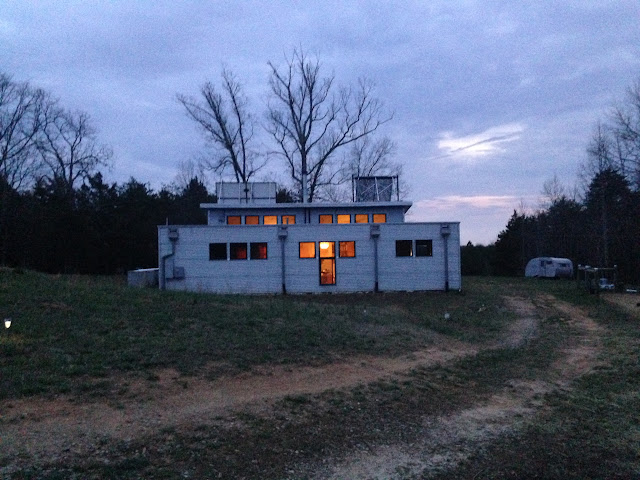 The off grid modern prefab house has lotsa glass. 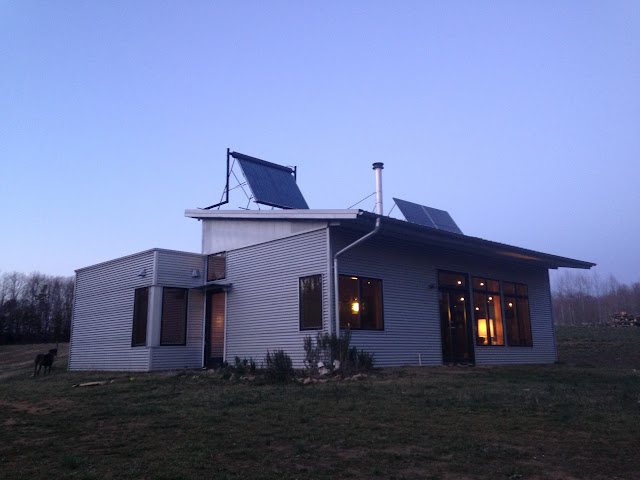 In winter, it is delightful how the passive solar design of the off grid passive solar prefab house streams in the sunlight, making everything so cozy and cheery! 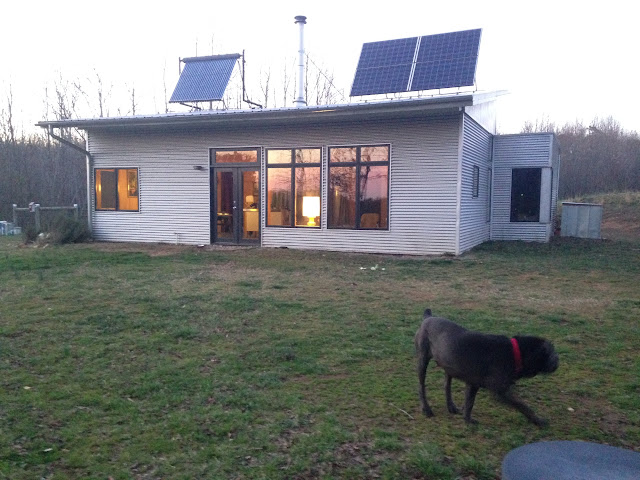 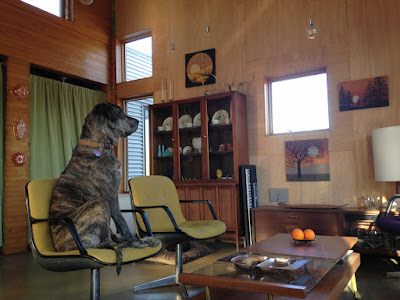 However. Here's one reason all that glass is never, ever, ever never clean... 
Here's how our Amish friends approach multi-generational stages and living:
Our friends the E's have raised their children in the main house. One of their children (A) built a small house a few years ago, it was built on blocks about 75' away from the main house, where he has lived with his wife and started a family.

Now that most of the E's children are grown and married, the E's are moving two farms away to Mr. E's parents' farm, i.e. the grandparents' farm. A and his wife and growing family are moving in to what WAS the E's house.

THEY PICKED UP AND MOVED A's HOUSE with HORSES, on SLEDS, down to the new farm, where the grandparents, E's parents, will now live in A's old house that was just moved, and the E's with their remaining almost-adult children will move into the grandparent's house.
The property all stays within the family, it's just that according to each life-stage of needs, determines who lives where. Everyone takes care of each other.
Makes sense, doesn't it?

I was going all over this with my Amish friend B, who is the E's daughter-in-law, and comparing it to how we "English" live. 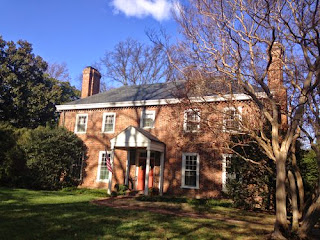 "Wow. My parents live in a house so big they have to pay a salary to someone else to clean it!"
"Just the two of them? What do they do with it all?"
"Um, I guess they look at it, although they're rarely there. And THEN when they get old, they spend the rest of their money to go to a place where strangers are paid to put up with them and their children never visit, ha!"

B. is looking at me amused. "What do they do? Do they just sit around?" "I guess it's just a bunch of old strangers playing cards and golf to the end of their days."

B. sniffs, (could it be possible that the Amish can politely drip sarcasm?) and mutters,
"Sounds like 'progress.'"

My Amish friends never envy my culture, ha... I can tell B's always looking at me when I talk about how "people these days live" thinking, "Dang that sounds wasteful, backwards, and BORING..."

"What will YOU do when you age?" she asked. "Well, I rather like the way the Amish do it! I do think more people are realizing the retirement business isolates you, no matter how much golf and games."

The retirement home industry really tricks those Baby Boomers.
Think about it- what words are most often used in their advertising? INDEPENDENT LIVING. Congratulations! You're "independent" as in, not part of your family or community fabric! You are Captain of your ship! No one needs you! You don't need them!
You don't need them because you are snookered into paying strangers $100,000 a year to be around you! Your kids are paying strangers to care for their children! You're all going broke and working your *** off to make money to pay other people who don't even know or like you!

Until your money is gone, of course...
The fallacy of "independent living" is that you just gave them your life's income to go live with a bunch of people you don't know. Would you have worked that hard and long knowing you were just making money for the retirement industry? Dang. I would have worked less and played more!

Anyhoo.
I'll have to ask Mrs. E how that small house they moved worked, regarding plumbing. I'm curious. 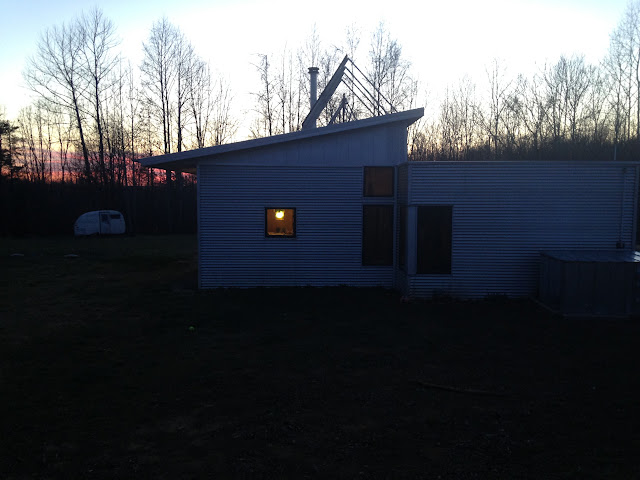 When we socialize in the country, we work.
My afternoon with B. was spent in her greenhouse. As we amused ourselves comparing our cultures, we were mixing soil, gently lifting seedlings, repotting plants. It was so nice to spend a winter day in the cozy greenhouse growing things with a friend.

At The Off Grid Prefab House, We Do Have Teens.
Ahhhh THE TEEN YEARS.
Why yes, Pip 1 is a teen...
Someone's language needed some cleanin' this week.
But it's okay: It's alllllll sanitized and properly minty fresh now... 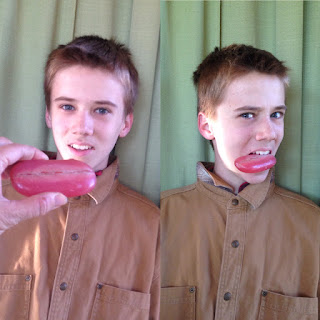 With being a teen, also comes more responsibility.
Pip 1 now brings me the horses. But not in the way I intend...

Now with fresh, minty, proper-language breath, this self-proclaimed City Kid sure is doing an amazing job breaking in a green horse. 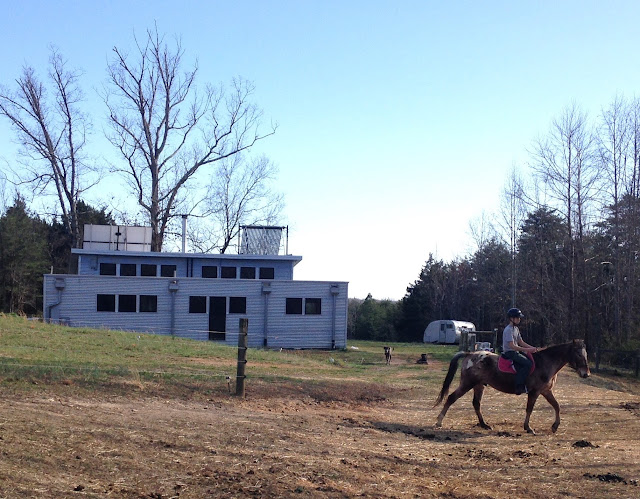 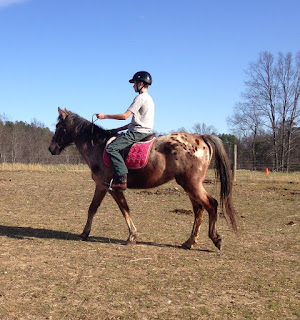 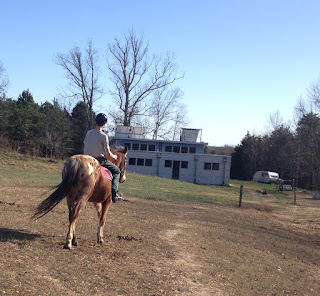 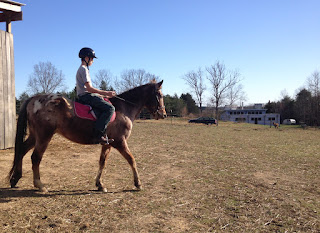 Zena nickered when they finished their ride, claiming them both and saying, "Good job, my boys..."

Give a man a fish, and he eats for a day. *Teach* a man to fish...
and if he makes bread, that's great too!
I've handed the bread making on to the next generation. My immigrant husband always made our bread since Wonder Bread tastes like you're eating cotton. Thankfully USA bread choices have dramatically changed, but we still make our own bread. 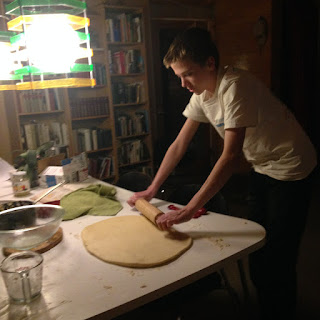 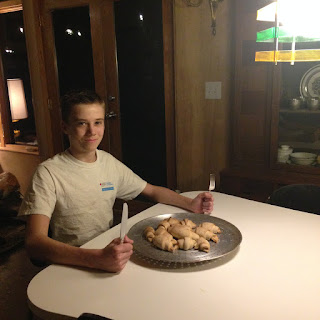 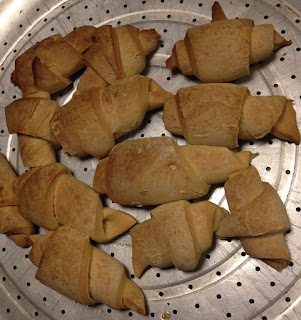 Albeit a teen, he's not a bad brother.
We are relieved and thrilled Pip 2, suffering alpha gal and high histamine intolerance, is stabilizing, although she does have bad days. Here's a few pictures from when she was finally having fun this week.
Her horse had fun, too. 💛 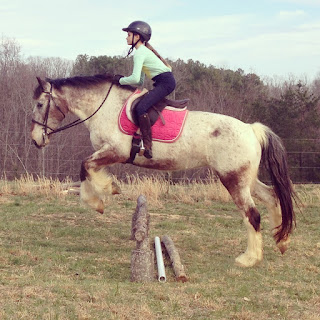 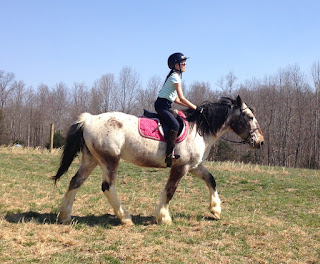 Because she can't touch saddle soap or oils thanks to her alpha gal, she is making her brother clean her tack and he IS DOING IT! 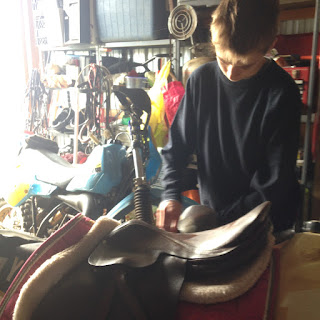 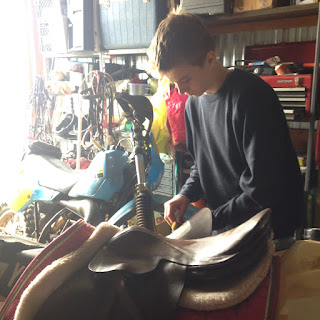 We continue with seasonal chores- clearing trails and noting weed trees, which turn into next winter's firewood. 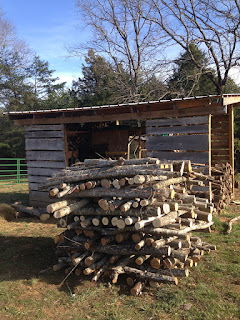 Pip 1 made a contraption to keep the mastiffs busy. It's a ball attached to a pole attached to his bike. Hilarious. 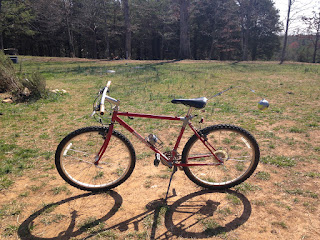 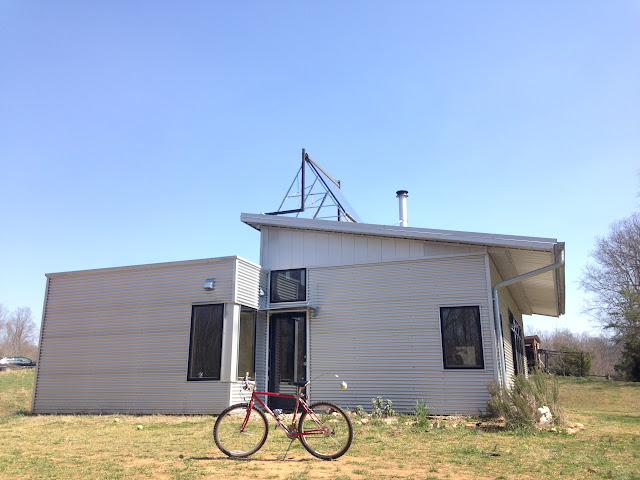 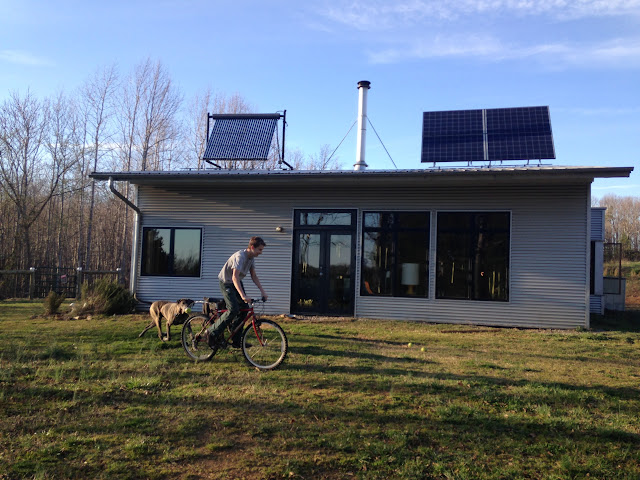