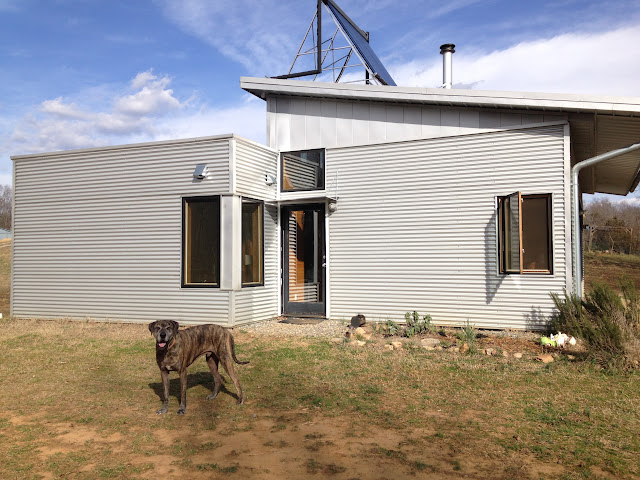 At the off grid modern prefab house, it was 83 degrees... in February.
I admit we enjoyed it. Yet with dismay. It set a record high in winter that we don't desire. 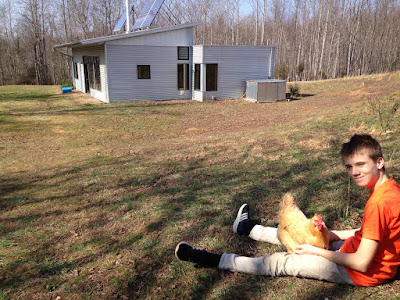 It was very odd to have it be so warm that instead of the cook stove, we were solar cooking.
IN FEBRUARY. 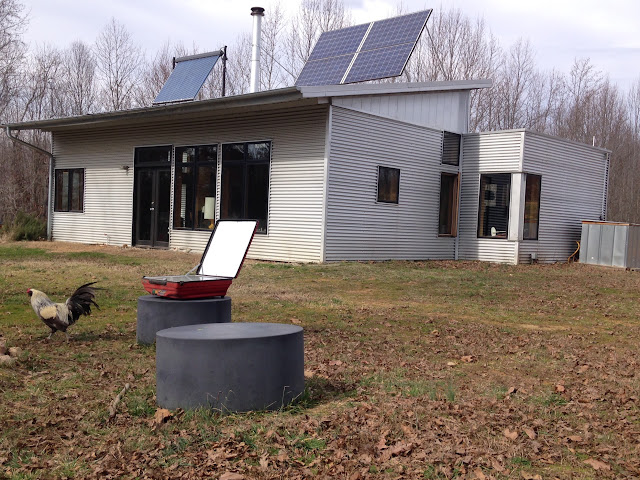 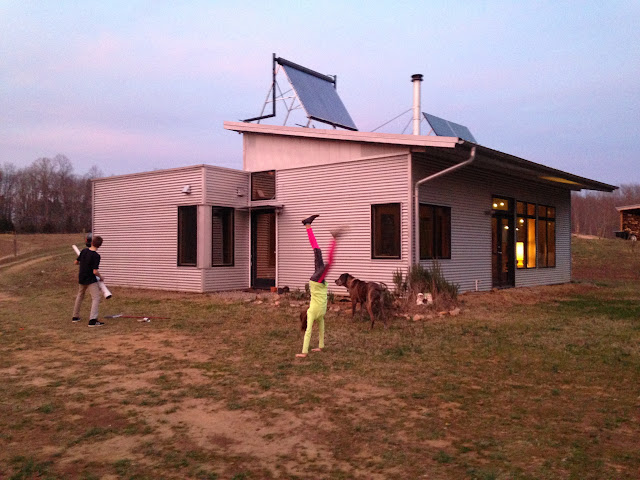 So with this fake spring in the air, let's talk homesteading.
Because of our back-and-forth, our homesteading currently consists of farming briars, kindling, and eggs.

Ok fine I can, in fact I put up quite a lot, and we do have a garden, but it's not on the scale that we would be if we stayed in one place all the time.

We used this warm weather for outdoor projects you would normally never do this time of year!
First, we relocated a bunch of apple trees from the sapling nursery into their permanent places. 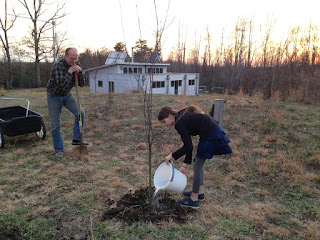 Then, we built a DIY manure spreader mostly made from recycled repurposed stuff we already had!

The frame came off the back of a trailer we no longer needed (as that trailer will eventually be a green house). We put some chain link fencing over the frame in the middle, so that when you drive over the manure it drags the pile through the chain link, thus really breaking it up. The weights were from I believe the battery bank delivery, but you can use anything. It is so light, you can not only pull it via a tractor, but by donkey or horse! 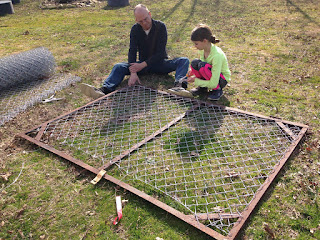 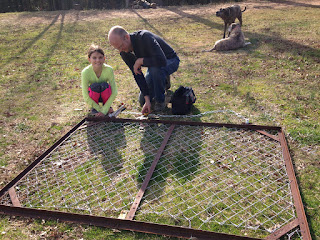 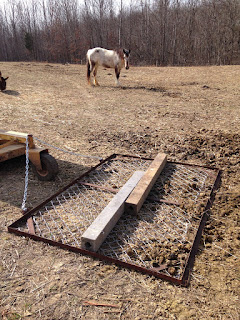 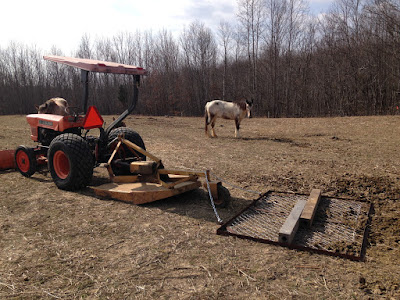 Our pastures are in dire need of help. The land was in poor condition to begin with. We created two pastures, put our home site in the middle, then connected the two at the top and bottom, creating a third "middle pasture" that is our back yard but where we can also safely let the horses graze. 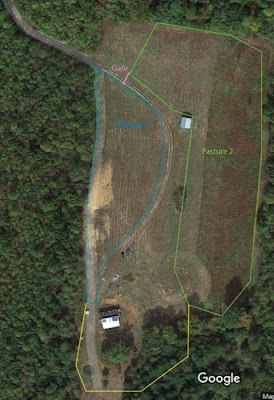 But being not great soil to begin with, it was quickly overgrazed.

Thankfully, just at the right time, we discovered Simple Soil Solutions! Here are two of Simple Soil Solutions's videos you might find helpful this time of year, I know we did! The below video does a great job incorporating permaculture / mob grazing (read this article, it is great!) and explaining it simply so that everyone can understand and see the difference it made!

"Watch a 2 year transformation from mud hole and weeds to healthy diverse pasture – without ANY seed, herbicide or fertilizer – just using our wastes differently!
...
Not only did grass and plants flourish, but weeds were wiped out, using just the power of our horses.
No chemicals or machines. Our soil and land didn’t just start to look better, it rebounded to super healthy levels much quicker than we ever thought possible."

WELL OKAY THEN! Let's have a look!


Also: How to know when your pasture is ready for grazing:
Did you not read that mob grazing article like I told you to?
Ok fine here are some points:
"Mob grazing fits into Totemeier’s belief in a holistic approach where chemicals such as herbicides and insecticides are unnecessary if the grazing system is designed the right way with the right animals.
...
During the 2012 drought and this year’s extended dry summer, Totemeier was thankful for his mob grazing system. 'Mob grazing is almost like drought insurance because a long resting period means a deeper root in the plant,' he said. 'Cattle only graze paddocks a few days or less and then I give the grass a 60 to 90 day rest period to allow plants to thrive, and everything goes to seed.'”

Small rotational paddocks are not appropriate for horses, clearly. But we are taking some of the philosophy of what works well with livestock in mob grazing, field rotation, strewing the hay in bad areas, etc. and hoping to at least improve our land vs. deplete it.

For some (VERY GOOD) counter points and a skeptical look at mob grazing (ON PRAIRIE, though), read here. 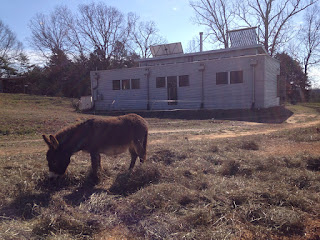 We're using less electricity. Some power plants have even shut down. So why do state officials keep approving new ones? 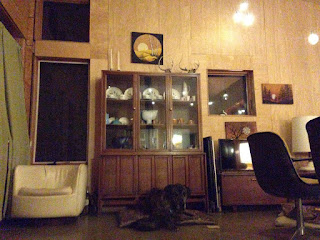 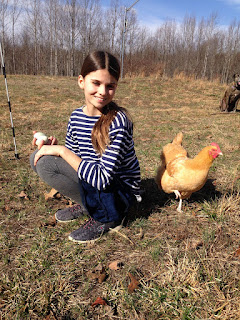 Discussions this week involved spending the night out and reassurances that I will send her to her friends' homes protected. She really wants to consider staying over, but is terrified to leave me, and rightfully so.

Now, I'm not ready for her to be away from my food allergy supervision, either.
BUT.
I told her that one day when she is up to it again, she could go spend the night at a friend's. But from now on, she brings not just pjs and a change of clothes, but a box. And in that box is her own pot, her own fork, spoon, bowl and plate so that she can rest assured it is not cross-contaminated.

In that box are not one, but six packets of instant organic oatmeal so she can have oatmeal with applesauce or mango as much as she likes as a snack or breakfast. And yes, in that box is plenty of safe brands of applesauce, and plenty of mangos. In that box are cloth napkins from home. In that box is a bag of dried, safe beans of her choice so that she can have that for dinner, and as much as she likes, along with vegetables of her choice that are safe, to put in that soup. All the host has to do is put water in the pot, and set it on the stove, and VOILA hosting a kid with such freaky things going on is now easy.

However. Let's face it: this kid is going nowhere anytime soon. 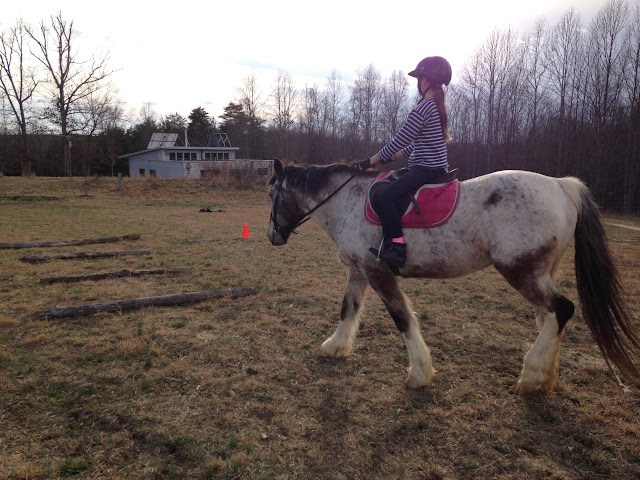 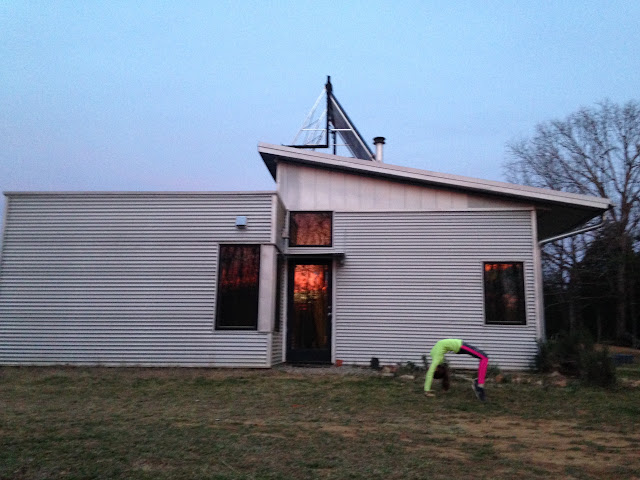