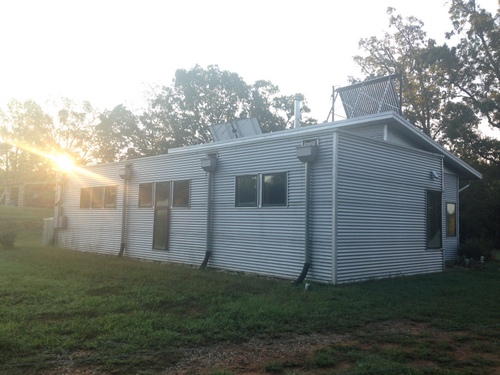 Fall has brought cool weather to the net zero off grid prefab house, where we were fortunate the hurricane did not reach us as originally predicted.
Others were not as lucky.
We are thinking of all affected and devastated by Hurricane Matthew.
In the United States, our friends are safe thanks to forced evacuation, but their homes, not.
From the BBC, here is how hurricane categories affect homes: 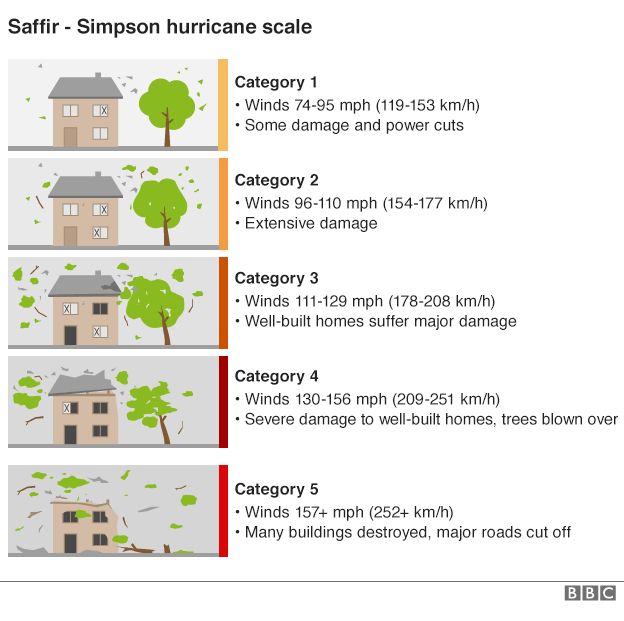 I do not want to endure a hurricane or tornado. Unfortunately we have had brushes with both, here. 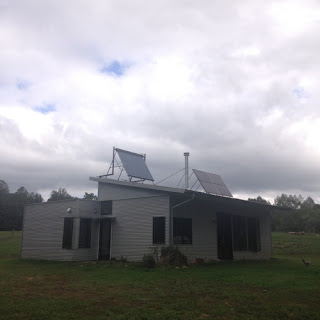 
"...A structural insulated panel’s standalone strength, the fastening details, and the design of the structure itself all combine to create a safer building envelope.  Credit to both designers and engineers should not be discounted.  A 140 + mph wind event requires that all parties be at the top of their game. SIPA Registered Master Builder: Hall & Wright Builders of North Carolina knows that building along the southeastern shoreline carries the risk of high winds and hurricane danger. Partner Bryan McGowin states 'We build in the 130 and 140 mph wind zones, and our area has seen the eye of numerous hurricanes lately. Watching a hurricane in a finished SIPs house is like TV with the sound turned off: quiet, peaceful and interesting to see,' he added." 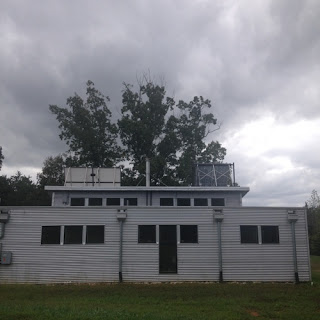 From "SIP vs. Mother Nature":
"The exceptional strength of structural insulated panels are designed to resist typical loads caused by seismic activity and high winds.

A striking story about hurricanes comes from Charleston, South Carolina. In 1989, hurricane Hugo hit the city with full force and caused over one billion dollars of damage to buildings, roads, and other infrastructure. The Mayor's Council on the Homeless project for low-income residents had recently finished three cottages built with SIP systems. These cottages withstood the hurricane with no structural damage, while adjacent homes suffered serious structural damage, including loss of roofs and walls. The council was quick to order 7 more cottages after this performance."

I was reminded of my own hurricane video I took from our off grid prefab SIP house during Hurricane Irene a few years back:

From Inside The Prefab House It Is Still; Outdoors? Hurricane Irene!

...And there was that time when that monsoon hit, with kittens:
We are grateful we have no hurricane video to show from Hurricane Matthew. We are so, SO sorry for those who were affected, including many friends whose homes are now flooded, or gone. Most of all, those, especially in Haiti, who had no structural homes in which to seek refuge... heartbreaking.

Our cistern is now filled, our small pond (which we mistakenly dug right before a rain and has been filled, since) is full, the sun is out, and the solar battery bank is charging at the off grid modern prefab house. 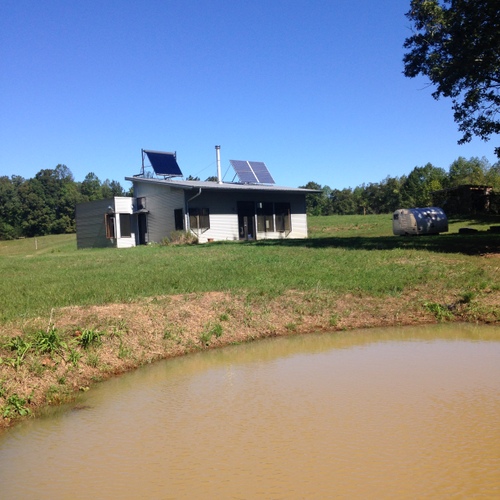 When we were installing plumbing / septic for the off grid prefab, we excavated the site for a natural pool while the equipment was on site. But before we bought a liner to properly build the natural pool, it rained. It's had water in it ever since... and low on our priorities as we are still in "set up" of a homestead to address. First, we had to finish the prefab house when we moved in, as only the shell / windows / doors were complete. Then, we started fencing, and building run ins for the equines.

Now we finish trim and little visual finishes on the inside of the prefab house this winter. THEN we can start thinking about the natural pool. 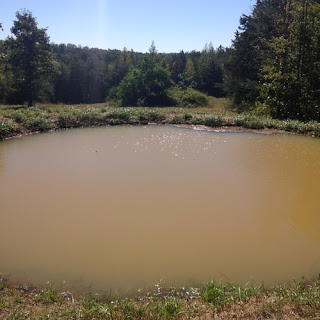 Homeschool:
I'm kind of over homeschool at this point. I know that might shock you. It has been a really good run, and the Pips do great.

But it, in a rural area -and- the city, is just always so HARD to get them integrated. The Pips want LOTS of kids these days. As you might have read, one of the things we do is spend the summer going to-and-fro to the bay where they spend the summer sailing with a large group of kids.

People's attitudes towards homeschoolers still have a lot to learn, and I'm just over it.

One thing Pip 2 loves to do is a southern thing called cotillion. She gets together with friends, goes to a dance, eats ice cream, dances some more, and glows. This year, without our knowing, the cotillion moved her to another class (without discussing it with us, we had no idea until friends called asking where she was one weekend, and I realized her "first dance" was not for the night prior but scheduled for the next!). When I called and moved her back, they didn't even apologize! They said it was because, "she was a homeschool kid." So we would have dropped her off thinking she was going in to meet up with friends, and instead, she would have walked into a ballroom of kids SHE DIDN'T KNOW.

Please know that homeschool families sign their kids up for events so they can be with their friends. She's shy. I don't know how she would have taken looking around, looking for friends, and slowly, in a sea of kids, realizing she was all alone. In fact, I think that was a pretty shitty thing for any adult to do to a kid, no matter their school. The irony is that cotillion is supposed to be about "good manners" and "common courtesy." In the treatment of my child, I saw neither.

But I moved her back with her original group, cotillion went on, so she danced, and ate ice cream, with friends. 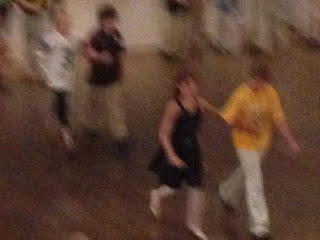 While cotillion was going on, a good friend sat us down and said, "You MUST put them in school!"
She's right.
And... maybe not so.
A question is, where to, next, for school, if not homeschool? Does that school teach html? Java? German? Art history? Have writing every week? Are school hours used for work so that, at the end of the day, they can explore and create and just... play without being buried under homework?

My friend argued that they are missing life skills- "...kids this age are CUT THROAT! Your kids need to learn how to survive!"

Well, my kids know all about survival, they live off grid, ha.

And I was totally ok with them skipping the cliques of middle school. I have already seen the artificial social influences where suddenly 7th graders are wearing heels (HEELS?) and where suddenly girls reduce their vocabulary to, when speaking to each other, "You're so pretty!"

I don't want my kids to be in groups where they are valued for "OMG You're so pretty!"
Not all our little girl friends talk like that, most of them don't. But it is a tendency for girl groups in schools... I have noticed it.

Handsome Husband weighed in. "What if, instead of enrolling them in school, we give them more city time with friends and consider college as their high school, and graduate school as their college?"

I don't know. We're already going back and forth (and forth, and back) to the city more than we are here it seems these days so that they can see other kids. Would it be easier to just enroll?
I don't know.

In the meantime, have a great week. 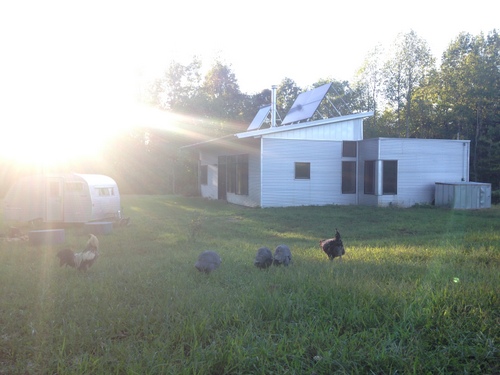