Off Grid Prefab House With Warm Winter Weather Gets Antsy 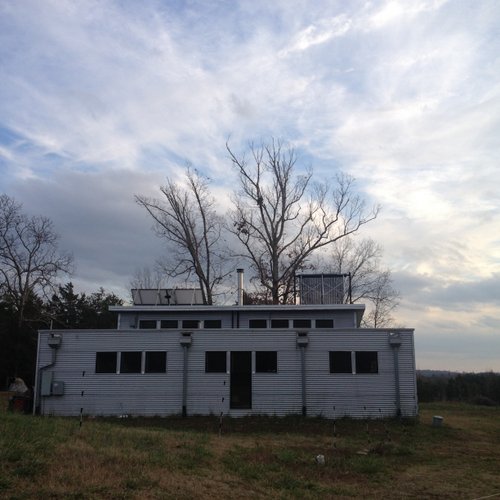 I love how the weather is always moving over the ‪off grid prefab house‬... 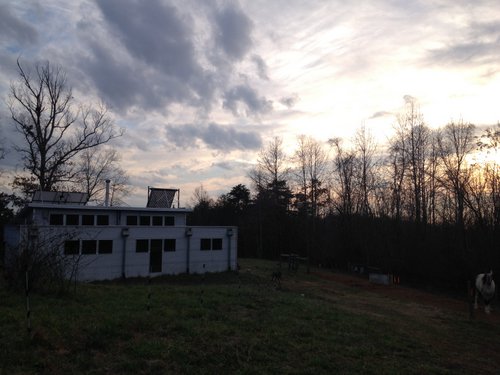 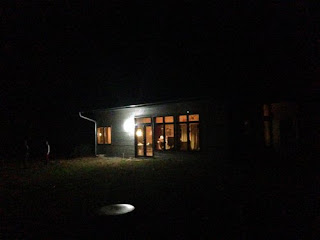 But the coyotes are always moving, too.
Looks like we're ready with guns again tonight...
This is unusual- the coyotes routinely come through on their "lap" every 4-5ish days as they loop their territory, about 40 miles. This is day 4, still here.

They are way too close and staying- odd... and so many. I worry about the mini-donkey, the chickens... they are all in electric fencing but you can't help but be alert, ready, and worry.

Here's a video I took so you get an idea- you can't even hear them well, since they're three farms down = miiiiiiiiiiles away, so turn up the volume if you want to hear them well!

You should hear them when they're literally hunting your yard. I'm being conservative when I say 15ish in a pack. And there's 3 packs.


I stumbled across a film y'all might enjoy, Life Off Grid.
Its tone is very similar to our own journey - inquisitive people with professions who prefer to "take" less- and do, themselves, more. 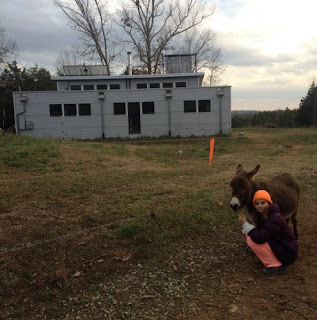 After visiting over 100 off grid homes, this is what life and its occupants are like


"It’s a common stereotype; if you live off-grid, you’re a hippie or apocalypse freak by default. Vannini says that’s a romanticized myth—one largely fuelled by photographers drawn to the visual appeal of Woodstock caricatures under the smothered glow of oil lamps in remote cedar cabins.

Ron is an industrial electronics engineer and Joanna is a registered dietician. While working at an electronics company, Ron felt that his passion was withering under fluorescent light. And he realized his plight was not unique—it was the result of being dependent on others. In the span of time between his parents’ lives and his – things had drastically changed. Now, the average person leans on some farmer in California. They had lost the skills of curing and canning. The only control of consumption had become price point. Why preserve produce when slightly softening bell peppers could be thrown out and replaced in the nearest grocery store aisle? For Ron and Joanna, hopping the timberline into the estranged wilderness was about refusing a piggyback and learning how to walk alone."


Meanwhile, With Ants In Our Pants From All This "Good" Warm Winter Weather, Everyone Is Trying To Disrupt Everyone Else At The Off Grid Prefab House, This Week:
Zena: "LITTLE CHILDRENZ! Don't do school, COME OUT AND PLAY!"
Guineas: "We hate you! We hate everybody! We hate the worllllllllllllllllld!"

So With Warm Winter Weather, We Went In.
In to the city we went, where Richmond has been ranked #3 on Travel + Leisure's international list as Best Places To Travel In 2016.

There was the Bellevue Christmas Parade, which collects Toys For Tots. 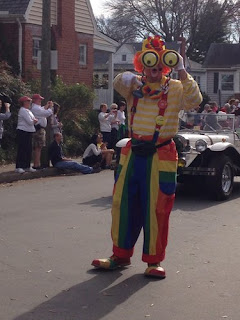 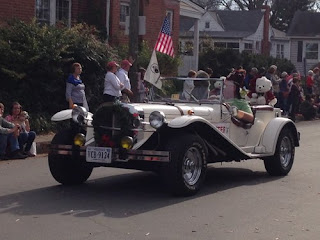 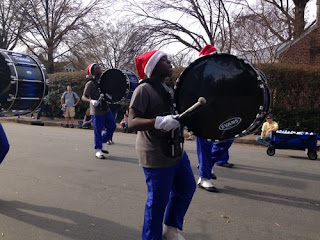 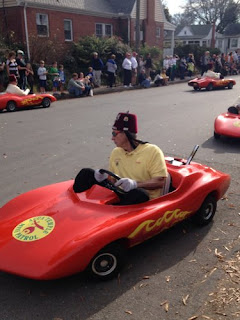 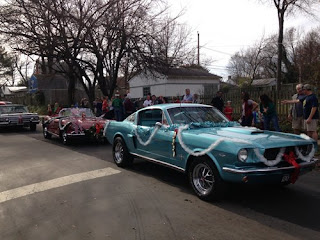 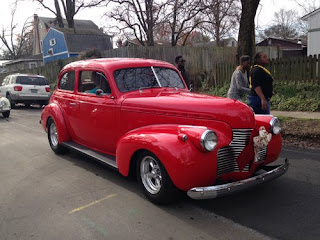 And then, the kiddos went off to Grandma's...

What a beautiful day to stroll Broad Street / the architecture and culture of Jackson Ward with my love- vibrant art creation at 1708, cool vintage stores, an unexpected mimosa at Quirk, a hug from Deborah at Verdalina, then off to my favorite holiday party in the Fan to sing carols and catch up with some of the loveliest people I know. 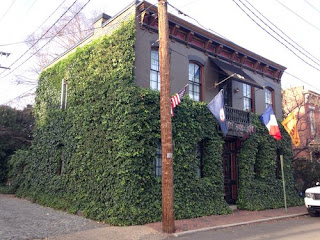 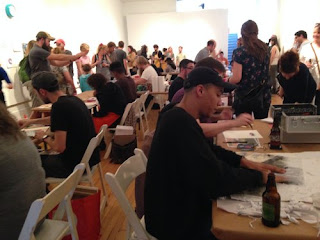 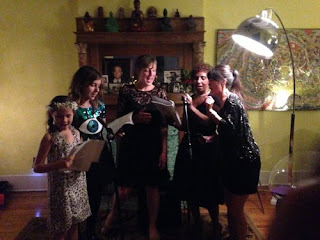 Finished the evening sipping wine with Handsome Husband on the front porch as holiday lights twinkled throughout Bellevue.
Richmond, it was good. 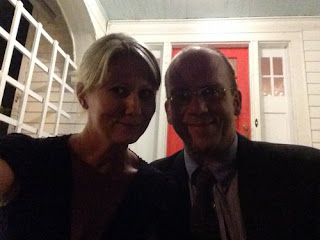 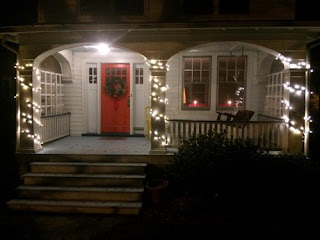 BUT It Was Good To Get Home, Back To The Off Grid Prefab House! 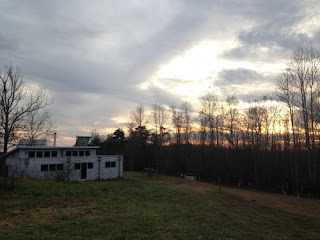 You know you're almost home when you start passing tractors and combines on the highway.

Earlier this week I had lost my lunge whip (that you use to direct, not whip, horses, by the way) in the field.

All week long we were cracking jokes about it, because how many people can say...
I LOST MAH WHIP, BUT I'VE GOT MY NAE-NAES...

My whip was finally found after 2 days in the field. They need to make blaze orange lunge whips...

I enjoyed the endless face-palming by the mortified Pip 1 who can't believe his mom thinks this joke is funny. 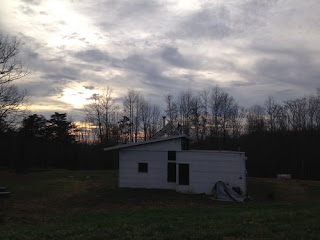 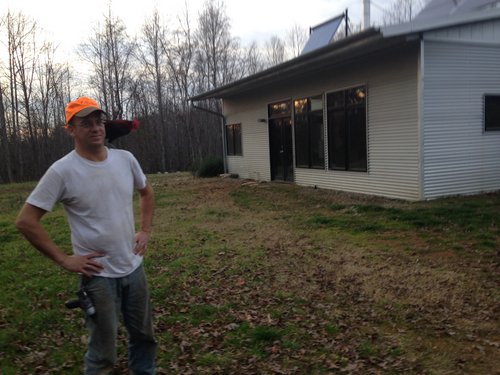