Summer Sails Away, Time To Head Home To The Off Grid Prefab House. 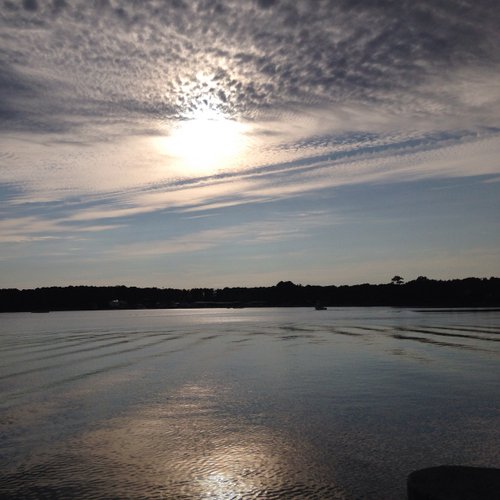 We are wrapping up summer renovation projects for the year at the In-Town Ramshackle to now focus back on the off grid modern prefab homestead setup.

We have some adjustments to make on the off grid battery bank, which I will go into more detail when we're settled in back home.

Fencing will be finished next month, once rain softens the ground a bit. And if you are a homesteader considering an addition to your livestock, I do, now months into them, recommend guinea fowl. Yes they chatter. But just their tick eating alone makes them a benefit. 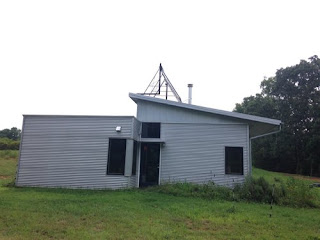 But back at the Ramshackle...

I'm reading a book on the Great Depression, the CCC (Civilian Conservation Corps), and a young man's journey into adulthood. If you have kids 10 and up, I highly recommend it- it's called Hitch. 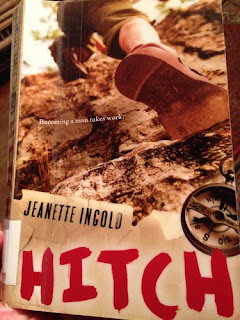 Imagine my surprise in Chapter 15 when they start talking about prefabs! But then again, I wasn't surprised- it's just another reminder of how long prefab houses have been around- since 1908, and how useful and efficient prefab houses can be. 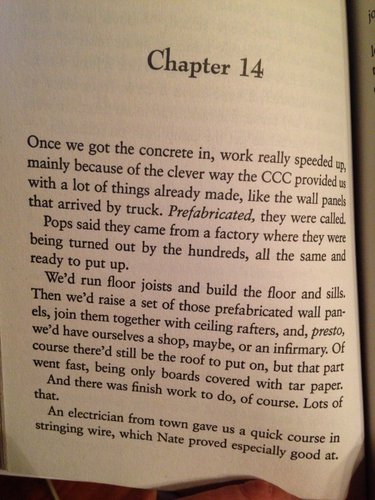 Well.
The L's had so much fun with their visit last week that THEY CAME BACK.
Fun in the sun continued. 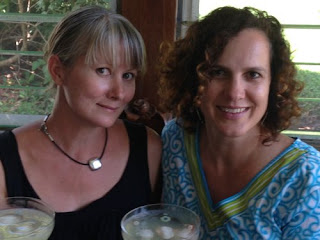 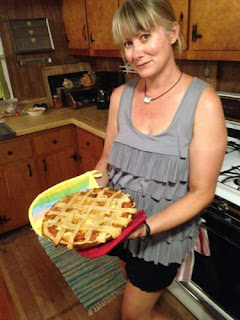 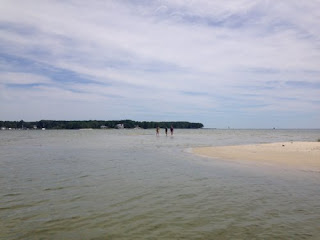 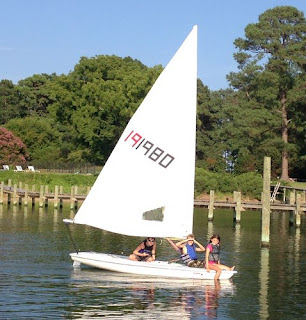 We might be homesick and wanting to settle back down to life at the off grid modern prefab house but I will miss the crabs... 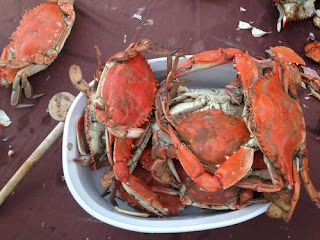 ...and the homemade sailor breakfasts of shrimp and grits, crab omelets, and hot biscuits with Chesapeake Bay bloodies... 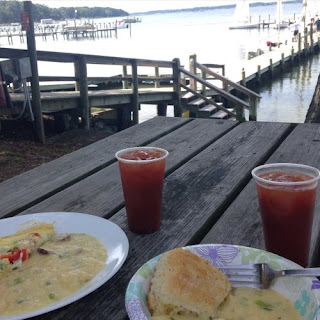 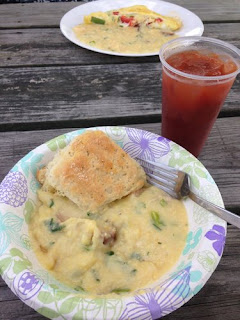 Yeah, that was pretty good... 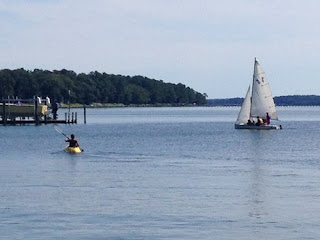 Homeschool:
I hope you forgive me a brag. No, really, it is a brag. But Pip 2 has worked SO hard over the years to work on something in her character that does not like not being perfect.

Now on one hand that's a great thing- everyone should want to do things well. On the other, it's a flaw- because if it's something that does not come easy to her, that she doesn't just "do perfectly, at once" she, younger, would just shut down and discard further attempts to master it. 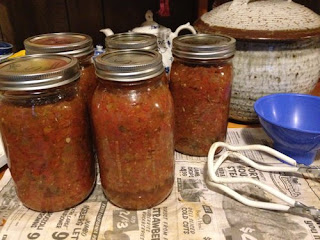 She was working on a science subject while I was busy making 10 quarts of pasta sauce. Pasta sauce pretty much takes all day- I core, cut, mince, cook, and cook that sauce down for hours.  I can't be running back and forth to hover when I'm stuck to a pot, stirring!

She walked in to the kitchen, frustrated. "I did AWFUL on that test! FIFTY FIVE PERCENT!" "Oh, my!" I empathized, "Did you click on every glossary word, re-read the text twice like I told you before taking the test?" "YES!" she wailed... and stomped out of the room.

Awhile later she returned, upset. "I STUDIED IT AND TOOK IT AGAIN AND GOT 88.8 PERCENT!" 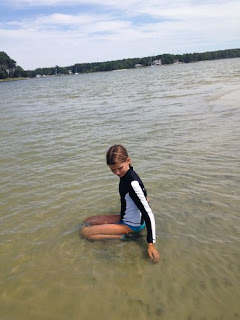 "But that's great! That's a high 'B'! You worked really hard for that! I'm so proud of you!"
Regardless, off she stomped, back out of sight.

I worked on that sauce a little more.
To my surprise, back she came, still bent out of shape: "I went back and studied and IT TOOK ME THREE TIMES BEFORE I GOT 100%..." she yelled.

I wrapped her in my arms and told her how proud of her I am, that I would have been happy with "just" the 88.8% and what drive and perseverance she has to not settle for a B but to go for that A.
A.... plus!

What I like about homeschool is it can really but the child in the driver's seat of their education- "I don't feel like I'm learning enough, I want more information on that subject..." instead of, "Well, I know the basics on that, but now it's time to move to another subject."
I feel like my children really care about their education.

Well, the summer has unwound.
The water cools, the geese begin to fly.
It's time to head home to the off grid modern prefab home. 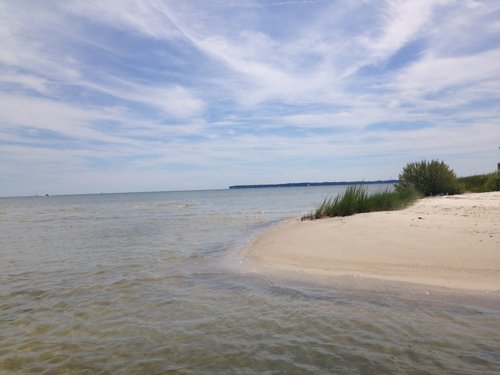