The Ramshackle Rocks And Rolls Through Rain, With Oysters!

I have no new prefab house news to report this week. We have been busy working on the In-Town Ramshackle renovation, again...

Even in the heat, the In-Town Ramshackle can be cool thanks to passive solar design the old fashioned way, and two tiny window units used only when it's 98+. 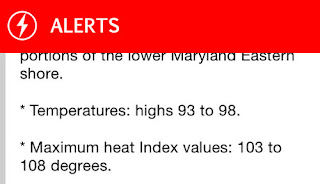 You know how 150yr old Ramshackles can be in rain...
It didn't rain buckets, it rained cistern-sized drops.

I uneasily paced the 150+ year old In-Town Ramshackle, ears alert, eyes open... I  just knew, in this deluge, it was coming:
And then:
So. This weekend's Restoration Of The Ramshackle moves back to the roof! 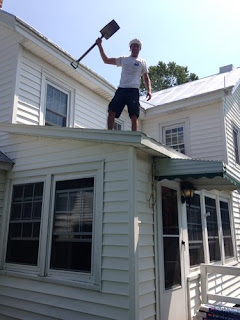 But first things first: they sail. 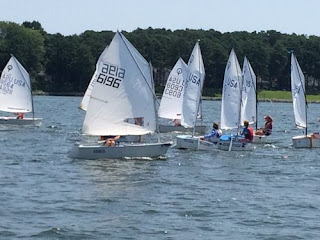 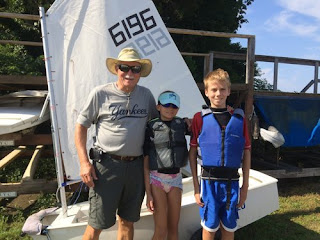 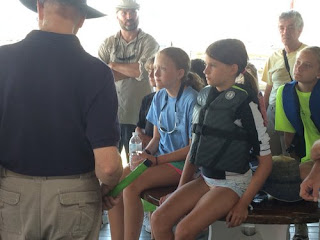 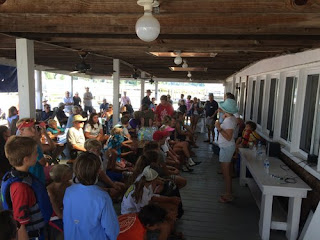 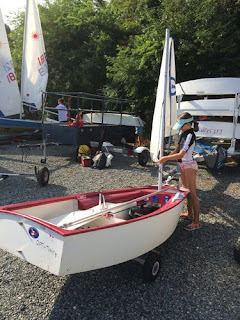 With the Pips off racing, Mrs. H and I paddleboarded to the sand bar, and back, then decided to go thriftin'. Five yard sales / thrift stores later, we stopped in to Merroir. 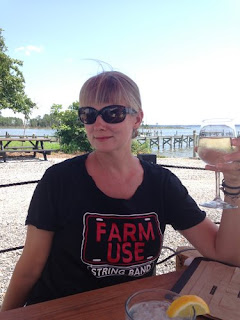 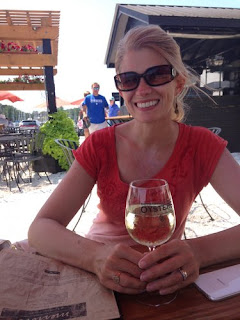 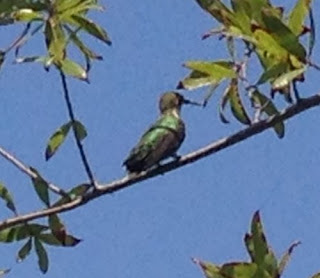 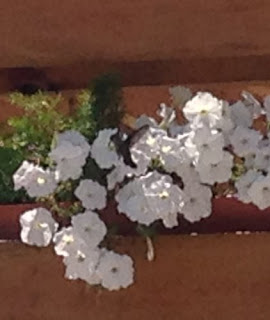 We sighed contentedly and watched the water. 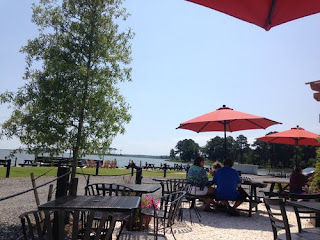 At one thrift store, I bought a pot because it was so beautiful and so intriguing and maddened me that I had no idea how one would use it. Have a look: 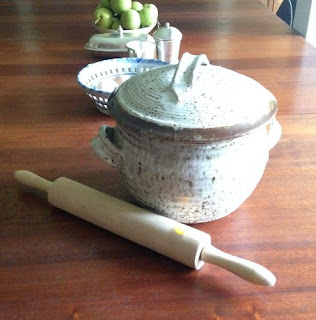 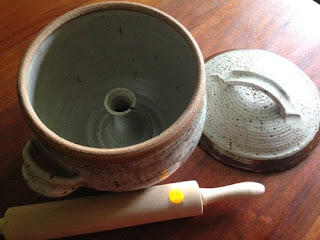 Thanks to my friend J., the mystery was solved, and I am already imagining the possibilities on how to embrace this in my cook stove cooking! It is a ceramic food steamer with central chimney. Here's how to use one. BEAUTIFUL, FUNCTIONAL, it will fit right in at the off grid passive solar prefab house!!!! 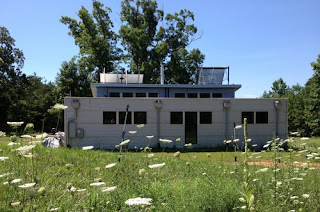 The day went on. I could not stop thinking about that tuna at Merroir.
If I had to make it, this would be my guess: 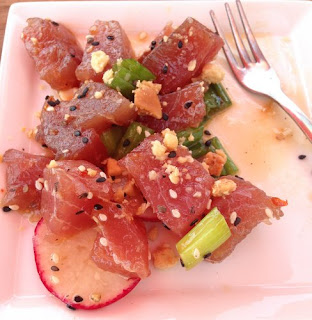 My family, like many on the bay, is helping to bring back oysters with an oyster float. These floats not only help restore the oyster population in the Chesapeake Bay, but, well, are delicious.


"Although the native oyster is an extremely resilient species, able to tolerate wide variations in salinity and temperature, it has not been immune to the pressures of disease, overharvesting, and pollution. As a result, native oyster populations in Chesapeake Bay are at less than 1% of historic levels. This tremendous decline in the oyster population has dramatically changed the ecology of the Bay as well as the oyster fishery and the cultural tradition of watermen who harvest seafood from the Bay for a living. One of the responses to this decline has been attempts to restore oyster populations." 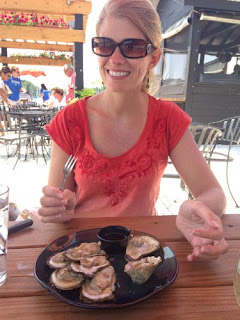 Merroir is part of that story.


"In 2001, when we set out to revive our grandfather’s oyster company, the Chesapeake Bay had just recorded its lowest oyster harvest in history. Nearly all of the oysters being processed in the Bay were being trucked in from the Gulf of Mexico. But for a few enterprising individuals, the industry was headed for an utter collapse. So our mission seemed clear: to resurrect the native Bay oyster and put it back on the map. Just a little over a decade later, Virginia is seeing harvest tallies not witnessed in a generation, and she now leads the entire East Coast in oyster production."

When done correctly, the oyster industry can be very green. An article on Massachusetts' oysters says it well: Oysters An Odessy


"...As we bobbed on the water, Merry and Horne (they were the first farmers to join Bennett when he started growing oysters) discussed the solar panels Merry had just installed on his own oyster float; he uses the energy to power a motorized pump to wash his crop. Sustainability and oyster farming go hand-in-hand: The work is low-tech, requiring little more than a few boats and pumps, and the oysters themselves filter up to 50 gallons of water a day. The oysters now planted in Duxbury Bay filter the entire waterway completely once every nine days, making it a thriving environment for wild species like striped bass, green crabs and razor clams. 'We like to call ourselves carbon negative,' Bennett often jokes."

This year, we made it through with 8 jars of jam and 4 jars of pasta sauce left!!! Just as the berries & tomatoes came in!!! My annual summer canning extravaganza begins.
But back to our 150yr old In-Town Ramshackle Roof Renovation.
As Handsome Husband shoveled off layers of shingles, my office suddenly became pierced by streaming sunbeams. 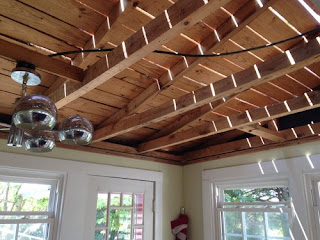 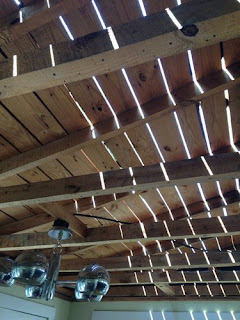 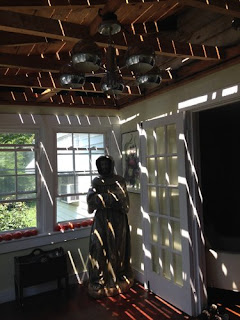 The new airiness is lovely! 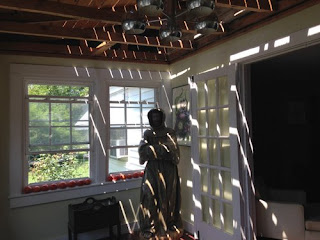 Until you awake to rain.
We're here, under a tarp... hope you have a great week.