Off Grid Modern Prefab House Through Rifle Season, With A Gun Tale 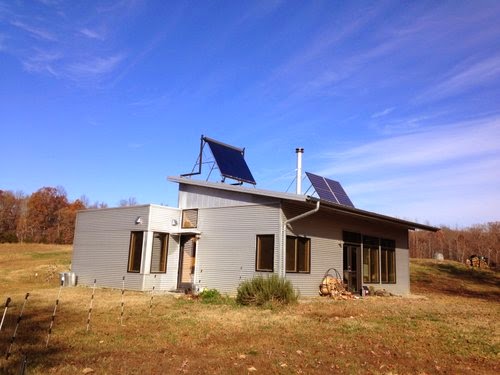 At the off grid prefab house, we went down to the mid-teens. Granted, during the day it was often seasonal temps, but it only rose into the 20s on Monday/Tuesday! It... was... cold. 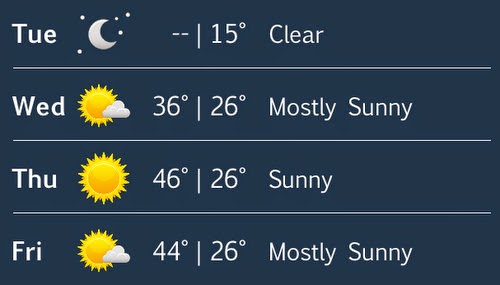 ...But not in the passive solar prefab house! 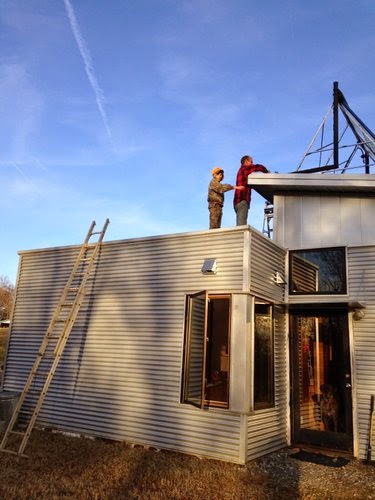 Handsome Husband slowed the flow of water, and better insulated the pipes on the outside AND  inside. So if you are on an undersized off grid system like we are, take note, it helps! 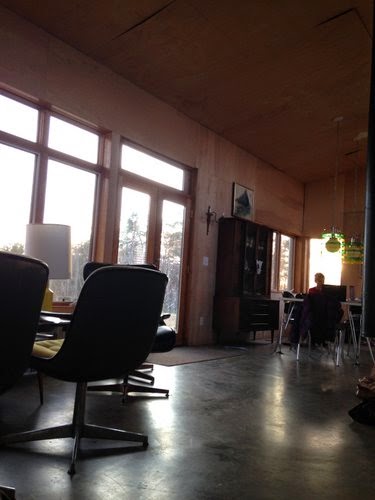 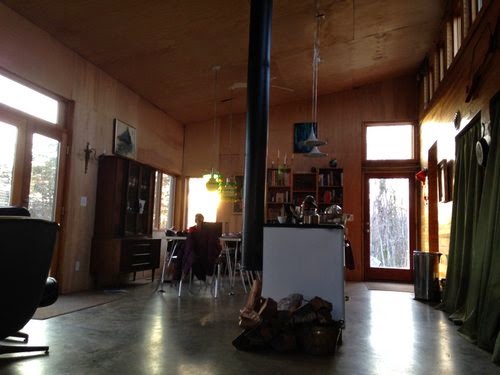 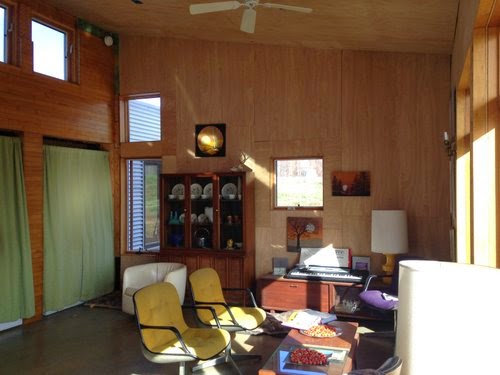 Despite the cold, there are (thanks to the B's, whose farm is more in "farms" country vs. "cattle farming and leased hunting lands") safer places for the kids to play during rifle season, which has been eerily quiet this year. 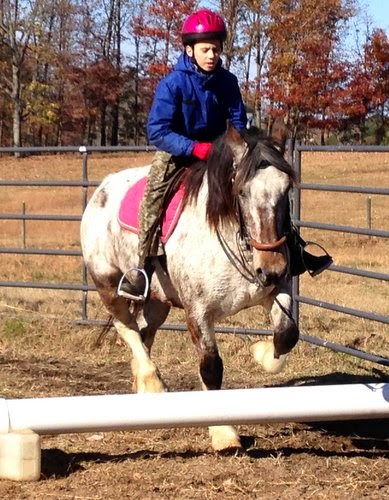 With mid-November, the kids are back in shooting club, starting with archery, moving on to .20 / small bore. 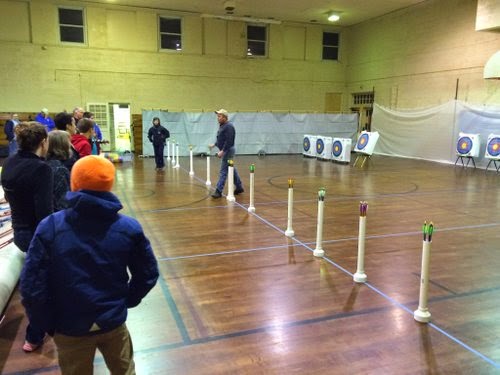 Handsome Husband: "The archery program has kids shooting at 30 foot distance and has 3 coaches for our 15 participants. We attended the kick-off session which included an introduction to safety rules and initial shooting practice and missed the next 2 sessions to return to a now very competitive meeting, where scores were kept (the score cards indicate that you shoot 4 sets of 5 arrows). We went through the set and learned a lot from the coaches who will dial in on kids that are in need of adjustment. Pip 2 went from left handed shooting (she is left eye dominant) to right handed shooting as the coaches tried different approaches that paid off quickly.

The final competition included a paper stapled to the target.
Every arrow that didn't hit the 8x11" sheet was out for the next round, in which the paper would be folded in half so you had less and less arrows to shoot at an ever smaller target. Under the directive of the wonderful coach, Pip 1 made it from at the beginning of the evening missing the entire target, to being a finalist with this shot: 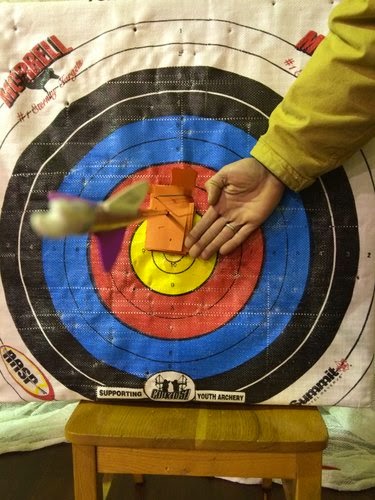 Speaking of guns...
(My guy friends had a good time with what I will relay next, because they too have daughters, so let this be a warning!)
If you ever gift your daughter a gun, then, years later (*years!*) want "your gun"... "back"- just fyi: NEVER GIFT A PRETTY GUN TO A GIRL.
(Hypothetically on this imaginary tale, my theoretical dad is so not getting it "back" she is mine, mine, mine, MINE ALL MINE. Sorry. Plus it's not like the hypothetical person doesn't have enough.)

I have created a lot of memories with that gun... 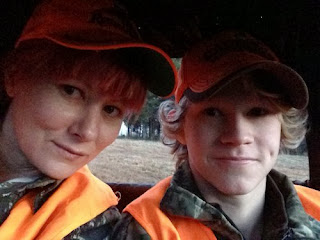 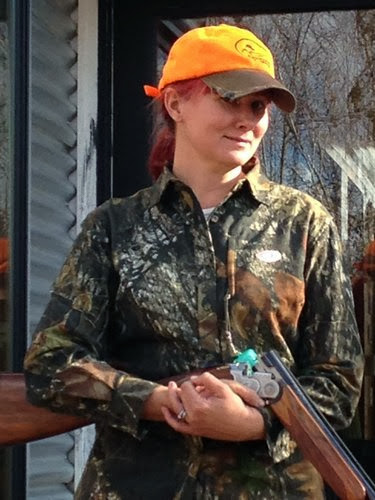 I think I know what happened.
He went on a buddy camping trip and I bet they were all sitting around the campfire talking hunting when someone said, "Hey, what ever happened to that pretty gun?" And in a flash, that discarded gun was now wanted.
Nope.

I kindly offered to *loan* my beloved gun, but that was unacceptable.
SO I NOW BEQUEATH IT TO MY DAUGHTER, PIP 2, so the next generation of GIRLS can appreciate it. Girly girl girly cooties on that gun. So there, hypothetical imaginary dad gun situation.
You're gonna have to pry Clarissa (yes she has a name) not only out of my, but Pip 2's fingers.
Good luck with that.
#MyDadDeservesMe

Anyhoo, we're in weekend #2 of rifle season, the deer are sparse and shooting is eerily quiet. We never mind legal hunting, but this road has had a bad spate o' illegalness so we are very diligent.

Even with the stern reminder to always wear blaze orange during these times, even on our own property, we have to be careful. But there is lots of laughter, and plenty of time for play. 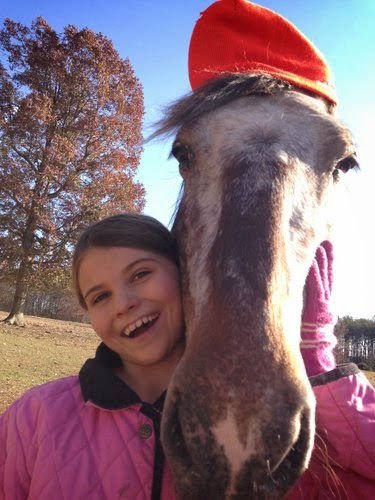 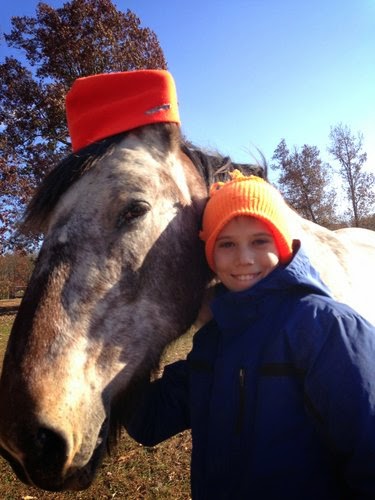 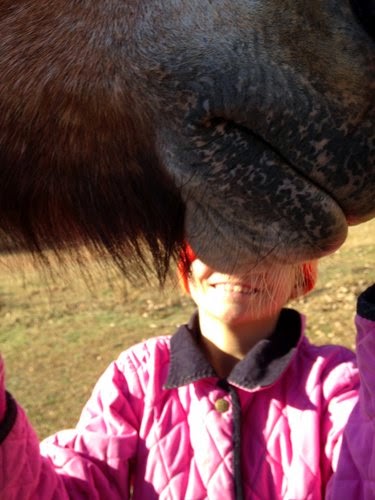 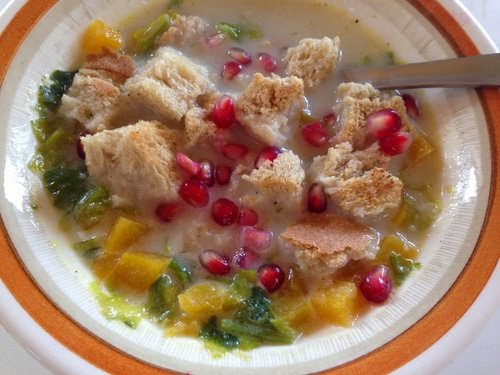 Recipe:Pomegranate And Coconut Delight: A Soup. (That'z it's name, officially named by Pip 2)
We are bored of pasta. We are eating pots and pots of beans. We wanted something different.
Sautee minced garlic and cubed (very small) neck pumpkin (crookneck winter squash). Add in whatever broth you have on hand and a can of coconut milk, then shredded small kale, salt, pepper... Simmer... In a pan, cut up homemade bread into cubes, toast, lightly sprinkling with sage. Ladle soup into bowls, sprinkle parmesean on the top, then croutons, then pomegranate seeds.

If you're still reading, I'm going to throw in another thing to think about:
I saw another farm go down this week...
Another small farm who turns to homesteading vs. market.
I spoke with another farming friend who has turned homesteading. It's not worth it for small farmers, they are homesteading, one by one. What does that mean for you? Think on it. 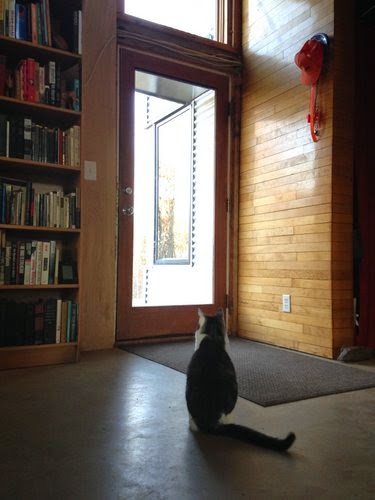 Homeschool:
WHEN things are going well, WHEN things are harmonious as we begin breakfast and home school, the Pip's conversations set the tone for the day and are delightfully magical.
I always love our conversations...
Aside from the usual subjects, Pip 1 is knee deep in a Java AP class; both are taking html, and enjoying it. 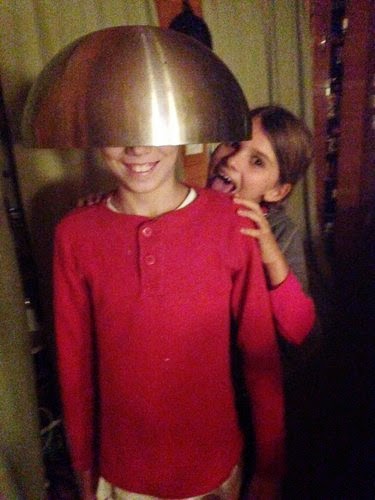 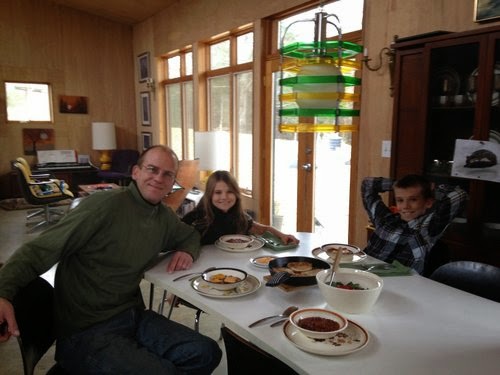 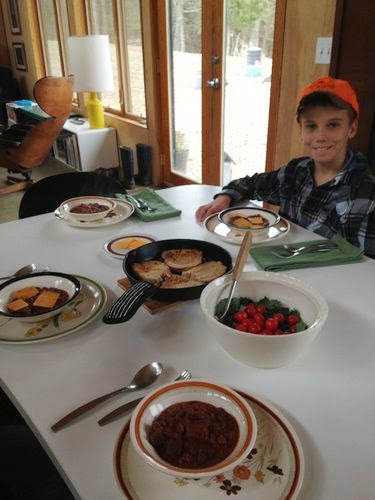 Now it's raining, a downpour in the dark.
We are about to settle into slumber, safely in the off grid prefab house.
Rain is comforting when you're cozy. The cistern is filling... 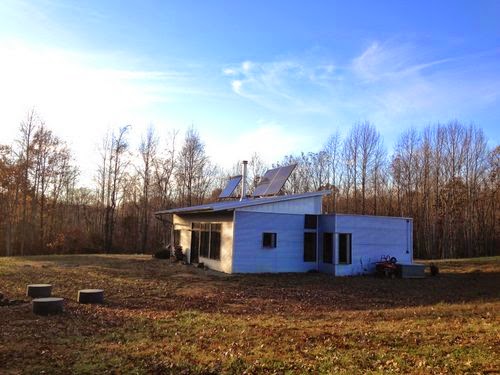