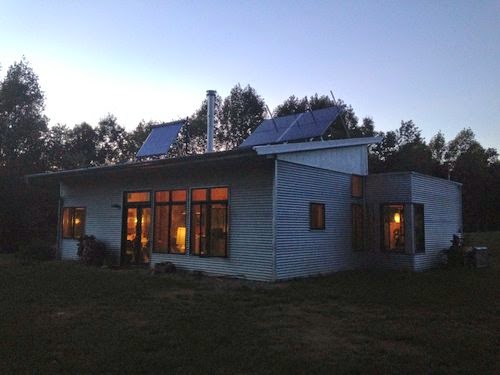 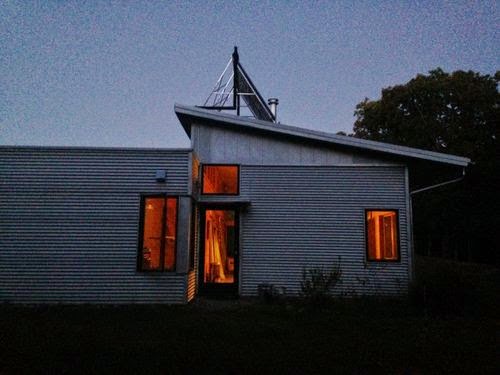 It's that time o' year where, at the off grid modern prefab house, we have a stretch of cloudy weather...
In the past, I would become extremely stressed out once the solar battery bank fell into the 70ish percentiles... That stress would last for DAYS as we anxiously watched our percentages ebb and gain... Getting the off grid generator has removed that anxiety, while still leaving us to be conscious of consumption. 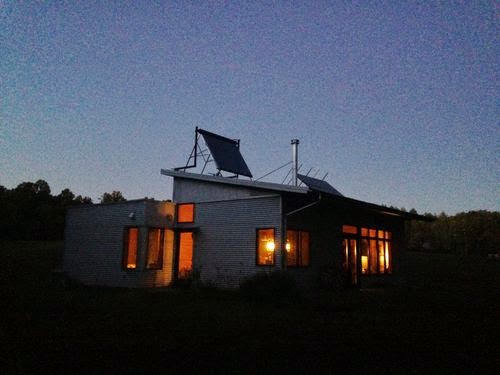 Once you're on grid, you have to pay a minimum monthly service fee, regardless of whether you are using the power or not. And in this case we would use it 1-2 times a year, on a week like this.  Monthly service fees would be *much* larger than any annual gas expenses for the generator as we run it so infrequently.

If you do net metering with our local power coop, they will only reimburse you for power you previously consumed and are now returning. So if you don't consume power, you don't provide power back into the grid. If you're on grid, net metering, during the snow storms we encounter, you risk the grid failing when you need the backup, hence being screwed when you need it, with no battery bank backup."

Especially in this remote area where we are snowed in (happily) for days and days, I like backup. 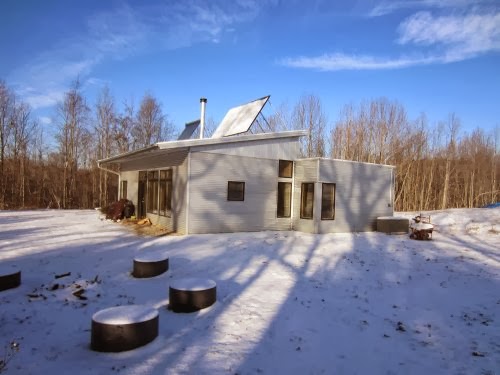 So here is a video to show y'all how the generator works!
[Excuse the tiara on mah head. Pip 2 is busy making us all costumes for Halloween.]
Here's the generator...
(Ignore the ugly tarp tossed to the side, thank yew, and the tiara... and the fact that I look hideous in this.)

(We will be building a proper storage area / concrete pad for that generator in the next weeks, fyi...)

Below you can see how the noise of the generator compares to the whining of my dogs telling me it is 5 o'clock and that they are clearly starving to death because they are SO NEGLECTED.

Friday we had a break in the clouds - it was a gorgeous day... 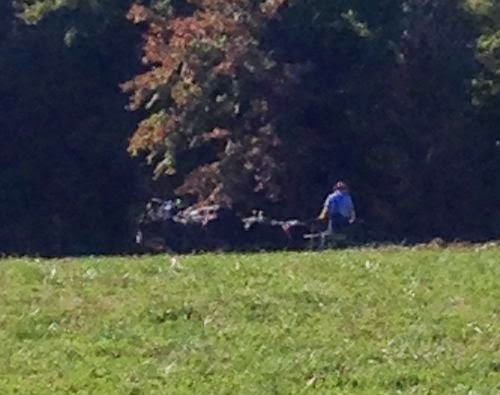 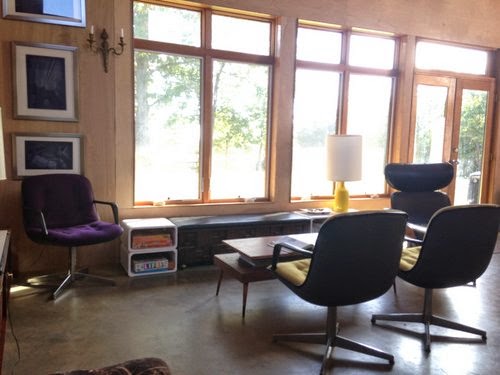 I headed out to do errands.
The Amish Produce Auction was *rocking.*
It was Customer Appreciation Day and everyone was out thoroughly enjoying fall. Amish women hovered, stirring vats of brunswick stew, the scent of kettle corn wafted over nearby farms... I saw some beautiful muscadine grapes being sold in 25lb lots...
A gorgeous, happy, warm autumn day! 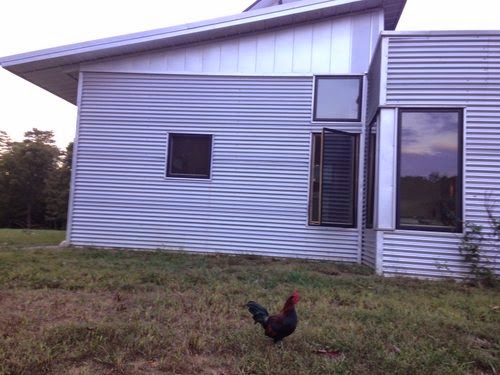 With warmth, we had the return of stinkbugs.
I heard odd "pings" against the prefab... I finally realized it was the impact of aforementioned hard bugs colliding against the metal modern galvalume cladding.
*ping*
*ping*
Bzzzzzzzz *PING*
...
Then a new, worrisome sound appeared- sharp, heavy, accompanied with a "thud."

Research revealed my chickens not just pecking up the stinkbugs *against* the galvalume, but catapulting after them, *launching* from the ground and *smashing* against the prefab walls as they ate up
each.
delicious.
morsel. 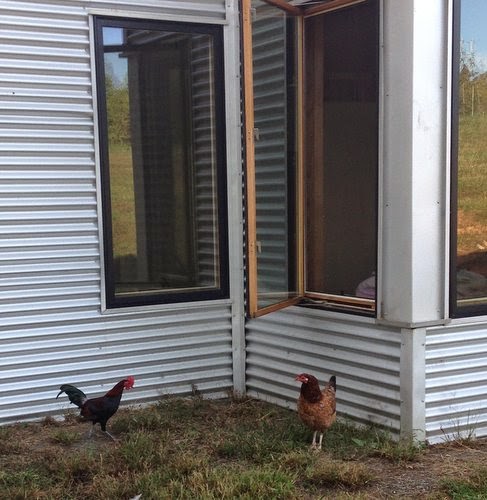 So, basically, we have Projectile Chickunz. Flinging themselves against mah prefab.

With the weekend, came the Appomattox Railroad Festival.If yer ever in town, don't miss it. 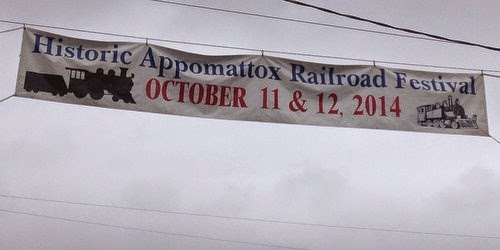 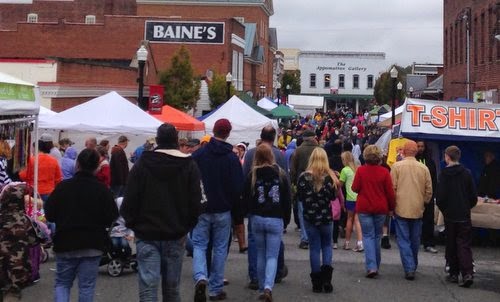 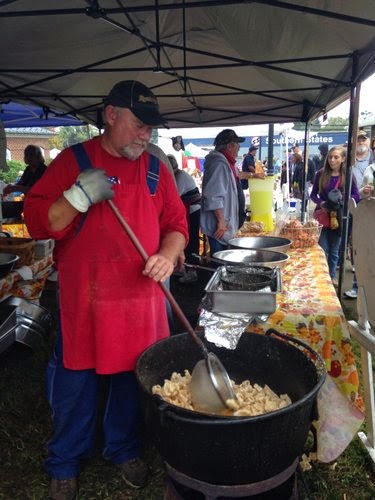 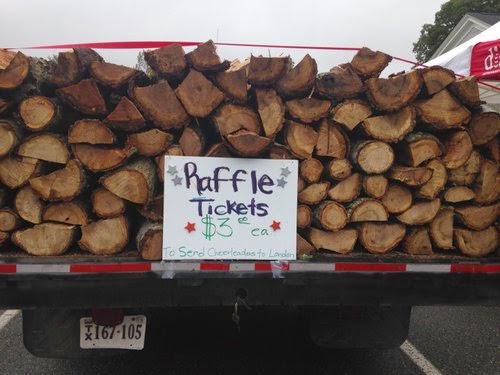 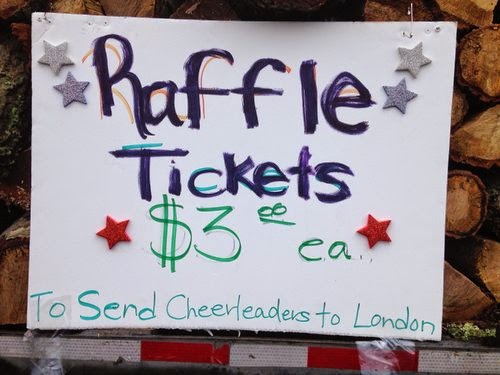 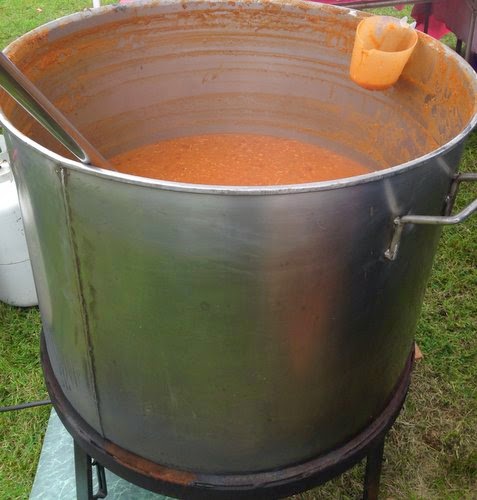 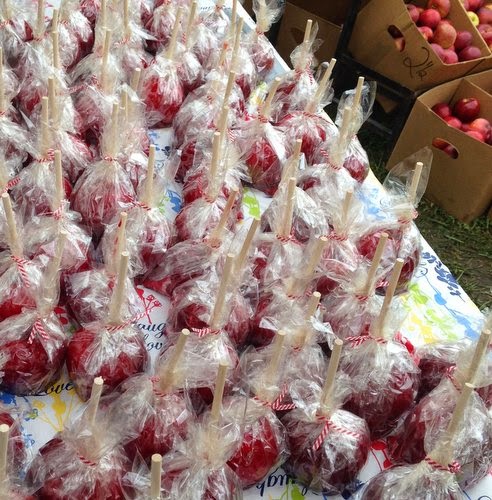 It's like Richmond's strolling, people watching, and socializing of the Easter Parade, but with lots and lots of camo.
And brunswick stew.
And bbq. Vintage cars. And firemen. 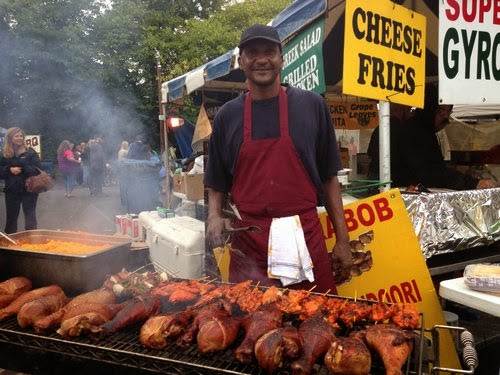 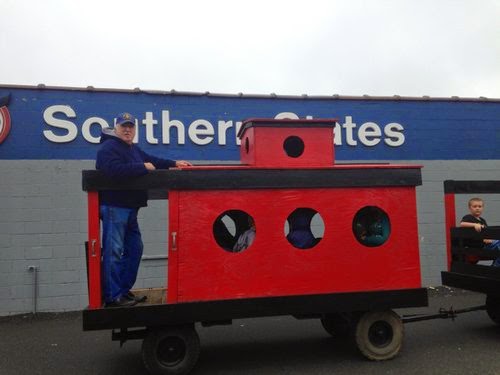 Country in the fall stupendousness.
Recipes:
Handsome husband has "the chills" so we loaded up with veggies dishes with lots of spices, especially turmeric. 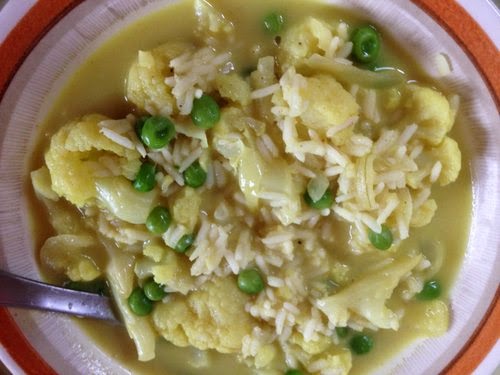 Copeland's Coconut Feel Better Cauliflower Stew
Mince garlic, ginger, thinly slice onion, fry, and when it starts to stick add a little water until soft. In a small pot boil water, add rice (to about a pinkie width under the top of the water), turn off. Add in cauliflower to veggie pan. Stir & cook (adding a little water and even better, broth) until not crunchy. Add in coconut milk. Stir in salt, pepper, turmeric, curry, and if you have it even lemongrass powder. Dash in some lime juice. When it's ready, stir in rice and some organic peas. Stir a few minutes until heated up again, serve. (The rice was still cooking after you turned off the boiling water as you then cooked the cauliflower, so when you add it in, it just needs a minute to mix into everything and should be perfectly al dente.)

You can buy kits, here.