Season: Sailors. And Back To Restoring A 150 Year Old Farm House. 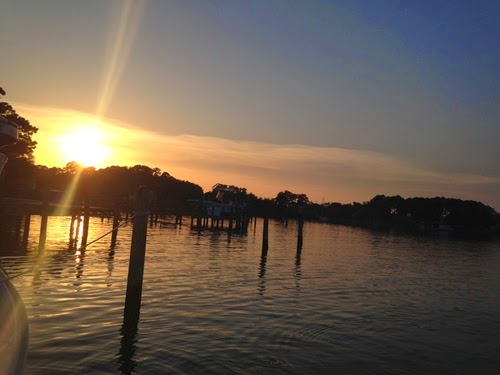 *PHEW.* Another year of sailing camp has passed, with lots of cousin-ness and friends galore, where little sailors launched onto the sea, successfully. 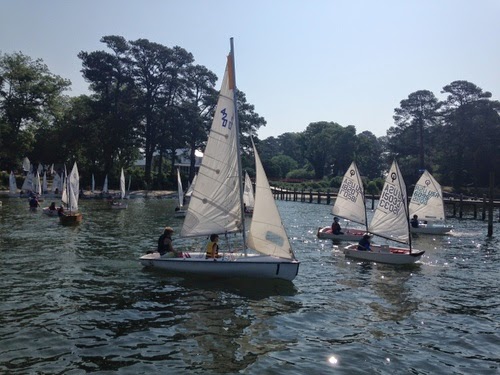 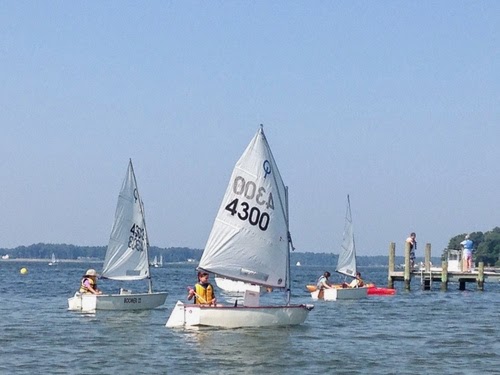 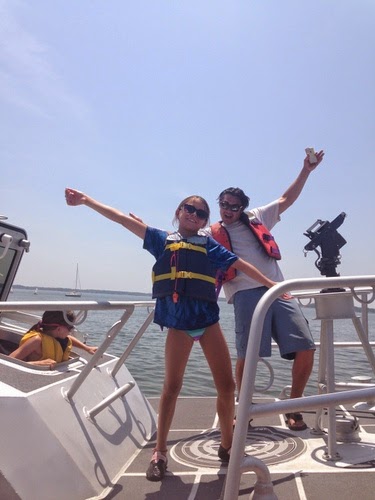 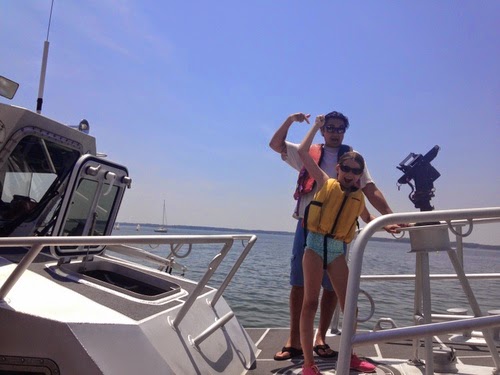 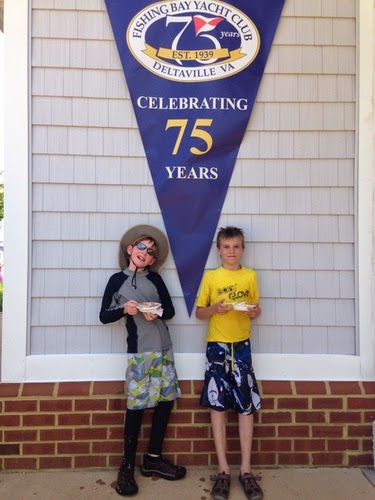 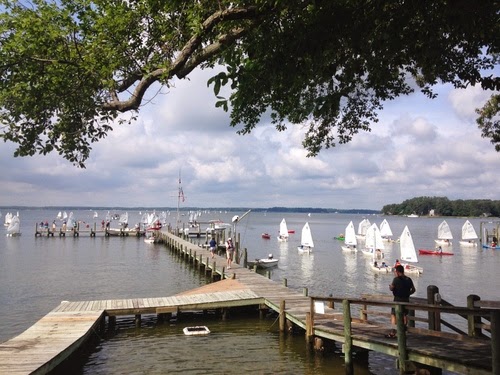 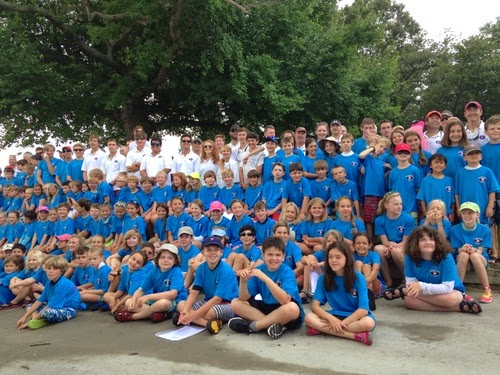 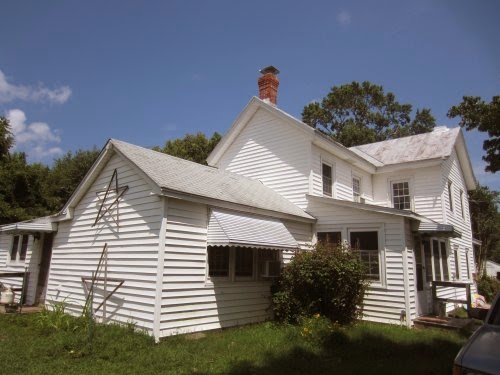 We are very grateful to have the In-Town Ramshackle as refuge...
Handsome Husband and I reviewed the "to do" list to save this 150 year old structure, to shore this madam up for the next 150 years.

Grading around the In-Town Ramshackle is complete, the non-toxic Concrobium mold fogger was effective, and with sailing camp finished, I now have time to finally clean the house from top to bottom after a winter accumulating dust and dead spiders.  UGH.

Next, we install gutters, and foundation / crawl space vents to help circulate air.
It's weird, after conditioned crawl spaces, modern HVAC knowledge, etc. to be going back to 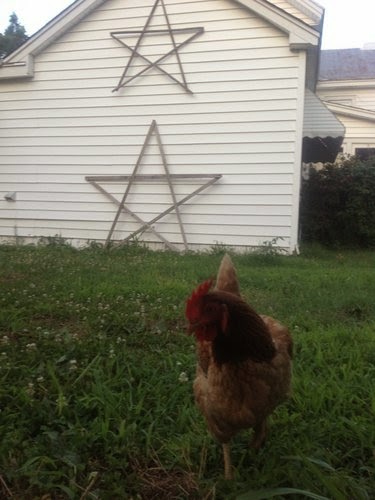 the basics, yes, but our poor 150 year old farm house has neither a proper crawl space (it is only about 4" off the dirt floor), nor modern HVAC or conditions, so this rudimentary solution is the best we can do, for now. 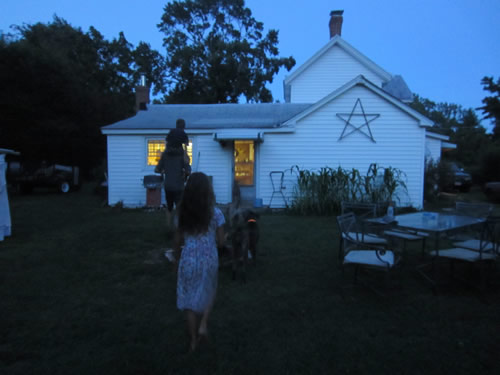 So the current thinking is that one should
1. cover the dirt floor with a vapor barrier, running it up the inside of the footing and 2. seal off all vents. One could go farther and actually condition the crawl space i.e. include it in the conditioned space of the house.

The extremely low height of the crawl space and the fact that houses in this area were built on pilings in the 19th century doesn't help because it will be a challenge to spread the vapor barrier to say the least and we can't seal off the pilings which would expose them to trapped moisture underneath the barrier.

Hand-in-hand with this goes radon testing...
Here's some pictures of where we are with the In-Town Ramshackle restoration: 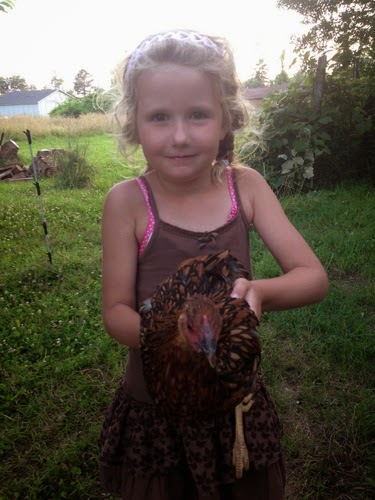 With summer, we often chase chickens, in every direction, every which way, before they're quite ready for bed.
It is not as an efficient process; plus, the chickens are never quite ready for bed, when we try to meld them to our Sailing Schedule. In normal life, they put themselves to bed. So chicken-chasin' in daylight to get them to bed in other locations outside of Higher Ground is always... highly entertaining!

Neverless, I do reign as the Chicken Chasing Champion.
"MOMMA. You are The Ninja Of The Night. Again."
I don't quite know what that means, but I'll take it. 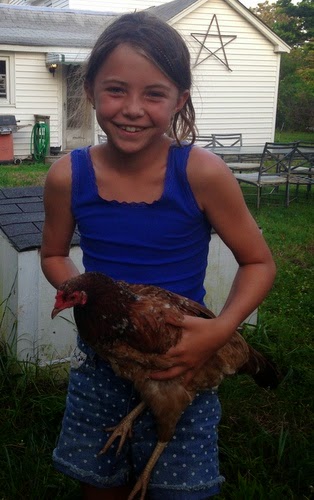 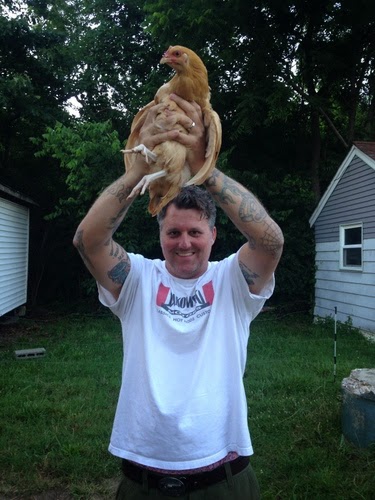 Sailing Camp Ended, But The Season Has Just Begun. 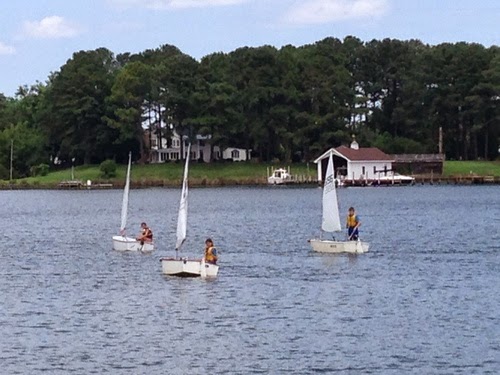 I'd like to give a virtual hug to my old sailing camp friends, who went through the same program as I, here, who are now teaching our kids, the next generation, to sail.

This year meant the world to the Pipsqueaks. They went from years of sailing foundation and uncertainty to really LOVING to sail.

Now, you should see them go. Whooping and hollerin' as they cross the bay, maneuvering and out-maneuvering each other, tossing water at each other with their bailers...
PERFECT SUMMER FUN.

Homeschool:
We are now on summer break. Ideally that means "Do a little 1. Duolingo 2. math 3. science -or- social studies each morning!" And some extra creative projects along the way. 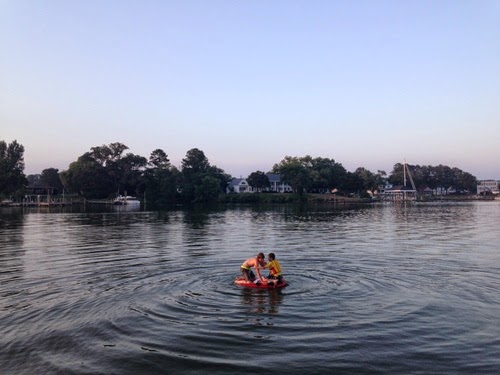 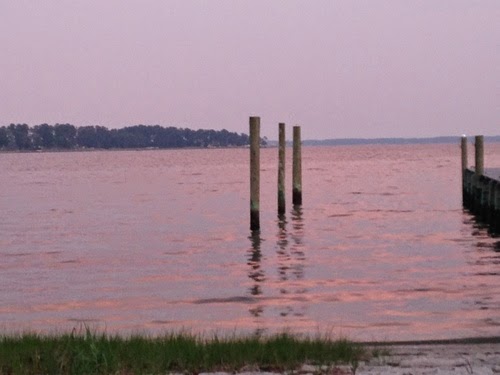