Passive Solar Prefab House In Heavy Rain With Rainwater Collection Systems, aka How to deal with a week of clouds and rain off grid. 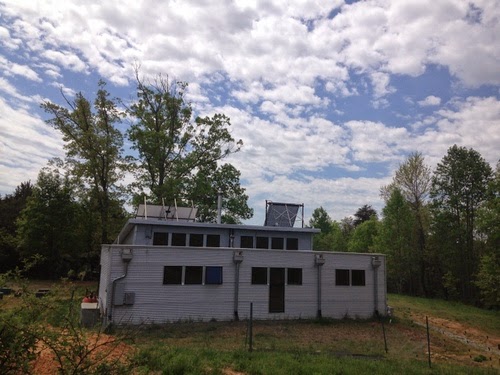 At the off grid passive solar prefab house I contemplated the upcoming week's weather. A week of rain and clouds encompassing our modern prefab with extremely minimal solar systems!
Meh, we'd done this before, for *three* cloudy weeks, once or twice a winter. 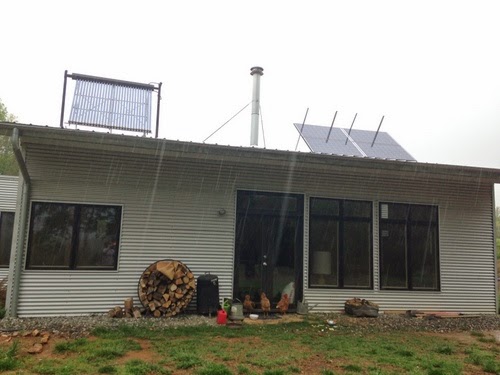 This cloudy week reminds me to order the solar panels we'd discussed just to get us through times like these, much more comfortably.  Over this week we did not conserve energy and put in full school and work days, as usual. 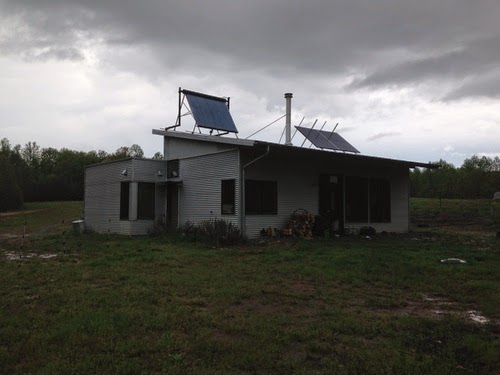 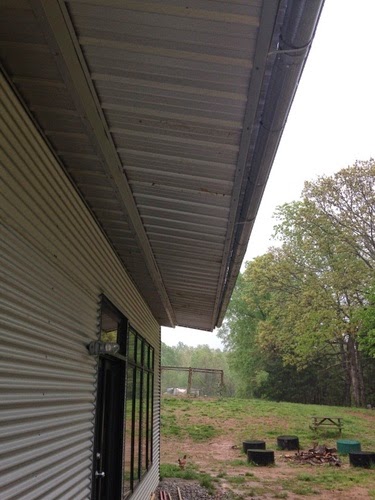 Sunday our solar systems were 100%.
Monday morning we awoke to 95%, it mostly rained...
Tuesday we awoke to 88%. We did a lot of movies and celebrating the night before when the kiddos finished their online art history class... it rained often, but had moments of charge...
Wednesday, 82%... We awoke to a wall of rain with lightning popping all around. The solar hot water tubes rattled each time the boom of thunder rolled over... I had both children in the bed, the dogs slunk to my feet. Only the feral cat was unperturbed, purring. But that's because he's evil.
Thursday? 76%... but sunny skies broke through awhile and we rose to 81%!
Friday ...aaaaaand awoke to 78%.  Even with a solid gray sky, it was bright, so we charged.
Saturday Similarly, with more sun, charging to 87% by Sunday afternoon.
And that's what a week of clouds and rain looks like: we lost less than 15%. 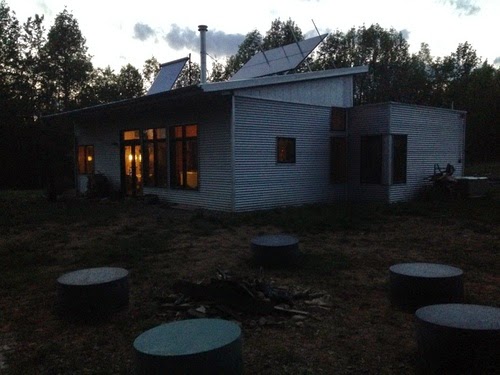 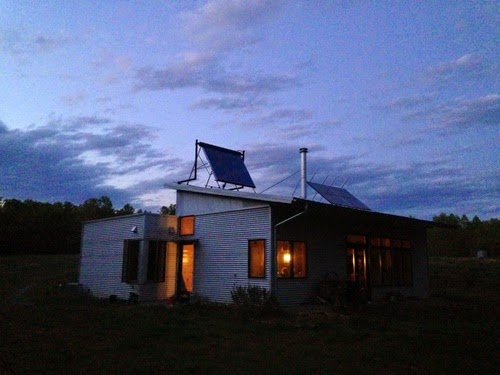 So: the percentage would drop 4-5% overnight, but then charge a little each day, so over daytime use it would remain steady, and when sun would come through, charge well. In general, on cloudy weeks, even on extremely minimal solar systems, we're fine. 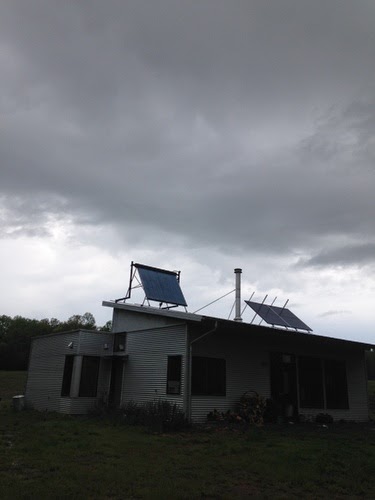 But oh, IT RAINED. Our off grid rainwater cistern, with all this rain, should have been overflowing. 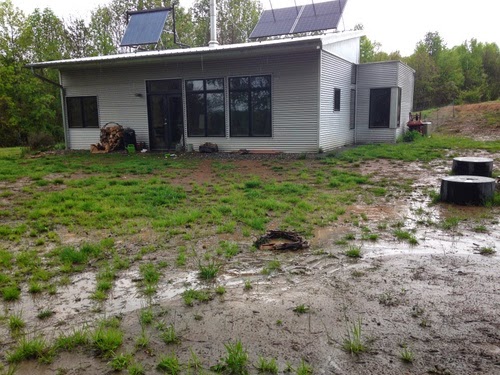 It was not.
It looks like water is correctly getting into the downspout, so it's not that the gutter bent, always the first thing we check on.

I lifted the filter cover.
The majority of water was not going into the cistern but to the overflow pipe! What could be wrong? A quick call to Rain Management Solutions helped us troubleshoot: "You must wash the filter at least twice a year." "We do...!" "Ah, but are you washing the actual filter mesh and not just the protective sieve-like walls on either side? To do so, you can boil or put it in the dishwasher..." "Ohhhhhhhhhhhhhh."
Here's the filter *before*... check out how the water does not go *through* the filter but straight down to overflow:
...and after I boiled it and swished it around:
See how the water now goes *through* the filter hence into the cistern and now just drips excess into the overflow pipe? Quite a difference.

It rained for so many days, SO hard, we stopped celebrating the full cistern and began discussing Arks.
We are just like the old tales of Arkdom- on top of the highest point, on a hill, surrounded with animals...
The prefab house kit could, with pontoons underneath, sail the high seas!
Or... just watch the rain.
Pip 2: "Hey! We're living in a rice paddy! Oh look! There's a river!"
Pip 1: "Is it night time?"

In this deluge this is where all your careful grading around the prefab house kit PAYS OFF. 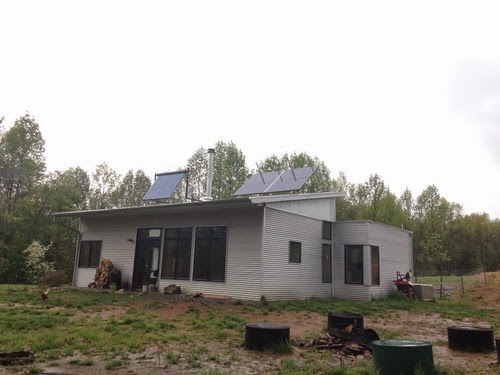 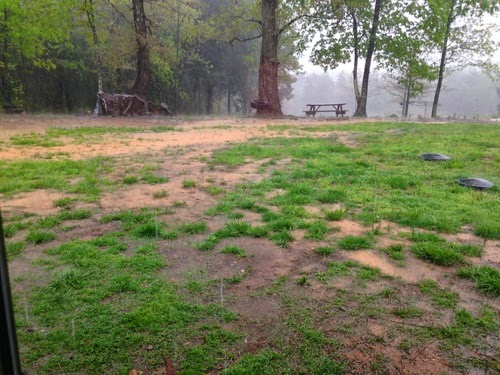 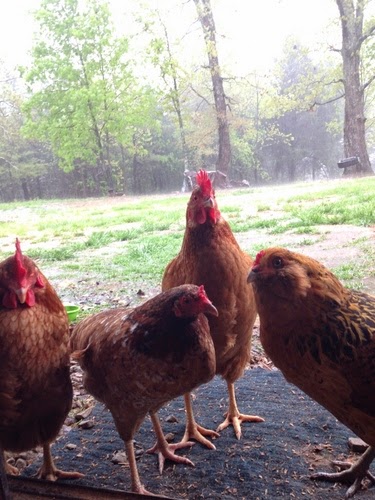 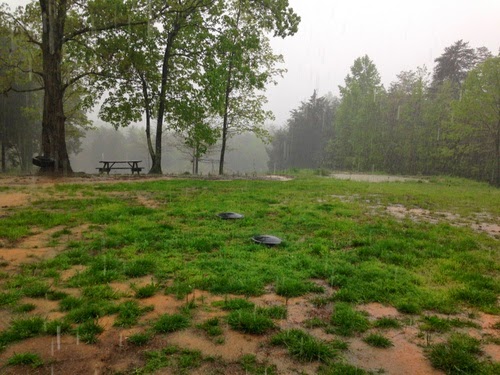 Monsoons didn't help social skills. After a few days...
"I have RESEARCHED 'Why is my sister annoying!' I know this stuff!"
"Oh yeah? WELL *I* have researched why MY BROTHER IS ANNOYING!"
Ugh.


Read more here: http://www.mcclatchydc.com/2014/05/02/226425/lynchburg-va-oil-train-derailment.html#storylink=cpy
"The James River in Virginia, the Hudson River in New York and the Columbia River, which serves as the border between Washington and Oregon, are all along the path of regular rail shipments of crude oil from North Dakota’s Bakken shale region, where the oil is unlocked by hydraulic fracturing.

While helping drive a historic shift away from imported oil, the shipments are also bringing new spill risks to states and communities that aren’t prepared for them.

The trains along the James River, bound for a rail-to-barge terminal in Yorktown, Va., had barely gained notice since they began operating in December. But along the Hudson and Columbia rivers, resistance has been building to similar operations."

Historically, trains follow the waterways. Time to stop crude from doing so, much less any contaminant.

The weekend arrived. At the off grid modern prefab, the sun broke out.
The nine year old practiced driving... 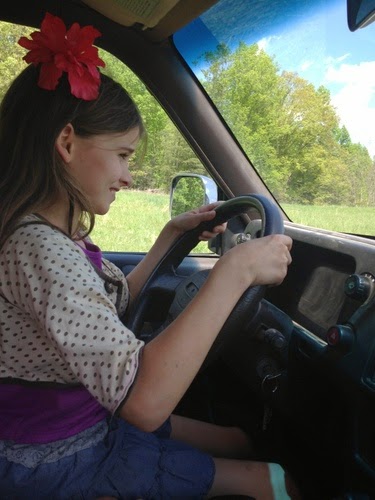 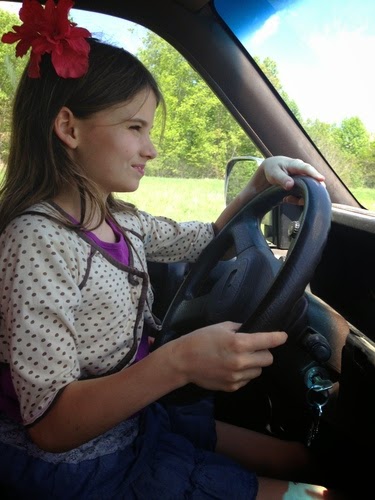 Pipsqueak 1 and the 100lb Puppy ran some energy out... 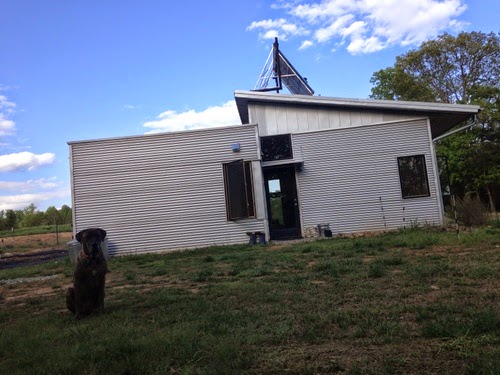 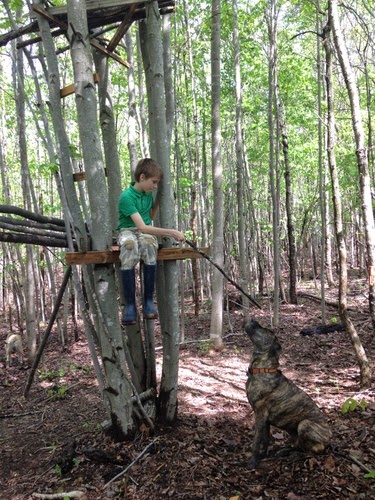 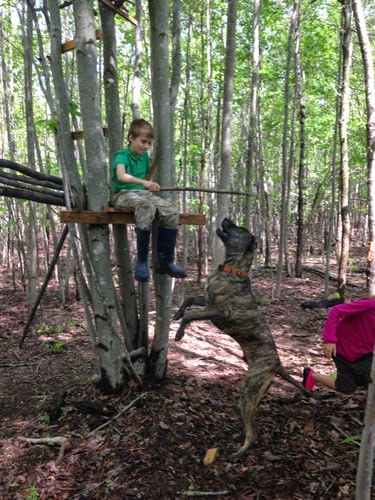 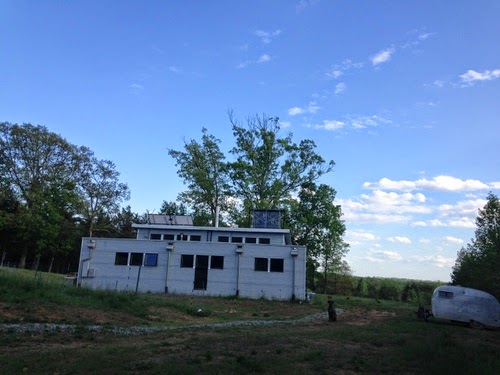 The Pipsqueaks Celebrated Completion of Their First College Class, A History of Art for Artists, Animators and Gamers.  I do not expect a 9 and 11 year old to do A+ top college level work. But the course was fantastic, opened their eyes, motivated them to create art, exposed them to top art of the world throughout history, and they, through the course, practiced
I also think it's good to challenge them, make them reach a little for a subject, stretch their brain muscles hard once in awhile.

P.s. I thought this was cool: A branding agency rethinks their company "About Us" page.
I thought it would be a cool homeschool assignment- "Take a picture that tells someone about you and the things you love / that are important to you."
The upcoming week at the off grid prefab house looks uneventful, but those are usually famous last words... 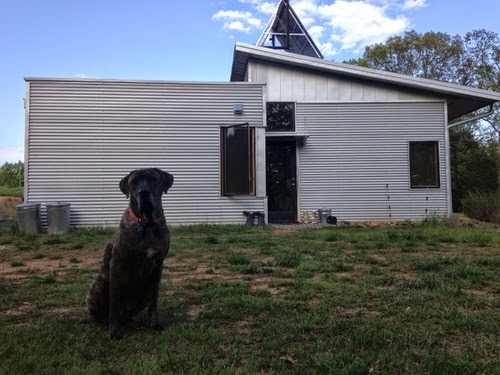 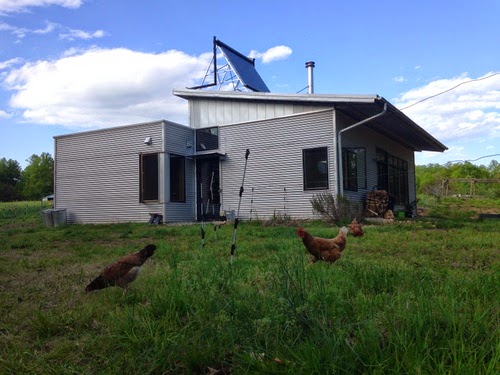 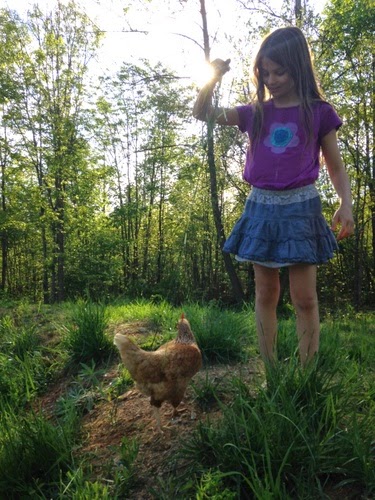 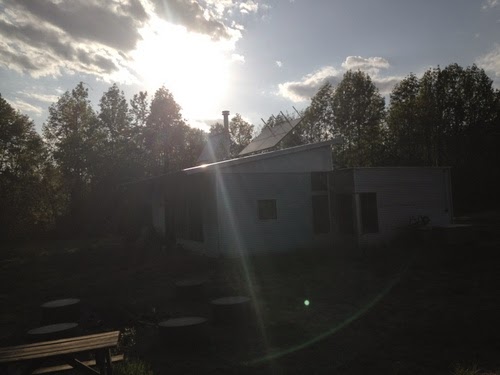 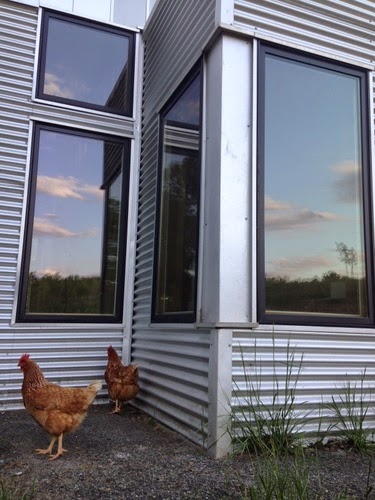 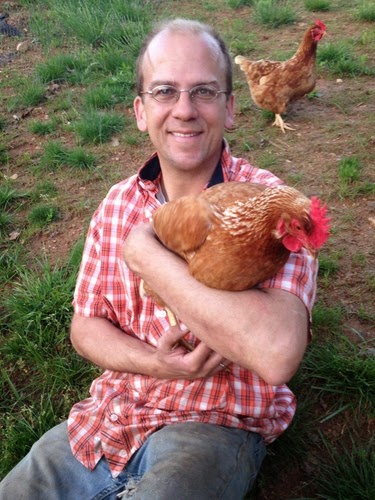