Modern Prefab House Is Off Grid Passive Solar And Headin' Towards Fall. 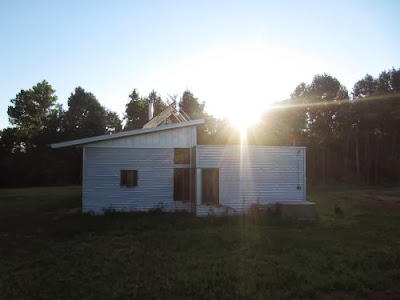 What can I say. This week there was rain, there was sun, plenty of howling coyotes, and a rooster crow-off.  With rain sun sleet or snow, it is beautiful here, and we are so happy at the off grid prefab house, no matter the season: Passive solar, energy efficient, frugally colorful living. 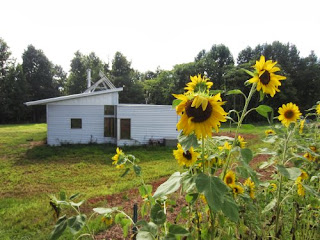 Again, rain came down heavily about the off grid prefab house this week, and again I was grateful for grass having finally grown, so the home site is no longer a mud pit. Have a look at the cistern, natural daylighting, and prefab house in the rain:
I am still so thrilled that now, when I clean this house, it's like cleaning finally *any* house, no longer a construction, mud filled job site. 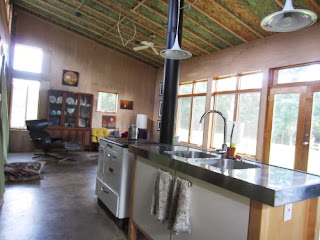 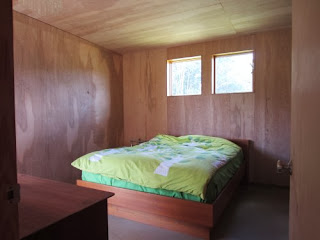 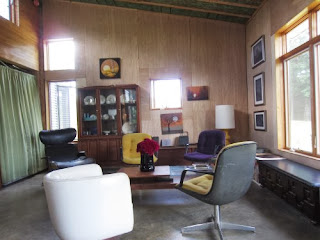 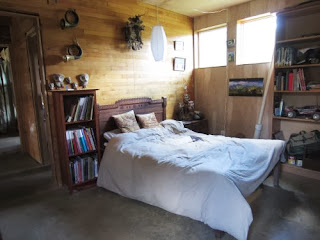 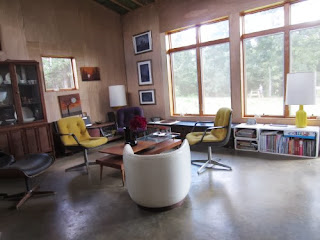 Suddenly, the prefab house, with the children helping, now takes like... twenty minutes to clean: Pick up yer clothes, kids, sweep the floor, wipe down the furniture WE ARE DONE, LET THE WEEKEND BEGIN.

Take a tour! I even made a video. Note that the children's bedrooms are always a pile o' jumble.
Now, Handsome Husband works a little every week to finish covering up the SIP (structural insulated panels), i.e. the green you see anywhere on the ceiling or walls that is not yet clad in plywood.

I love to take pictures... 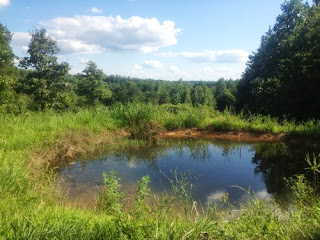 However, I'm not the only photographer in the family...
The childrenz take pictures...
Pipsqueak 1 is quite the budding "I Am Photographing Youuuuuu, Momma!"...
Who needs paparazzi, lol...

Here we are, Mrs. H and I, recently at one of Richmond's food truck events, made even better, as, well, it was at a local brewery, Hardywood! Their success is well deserved. 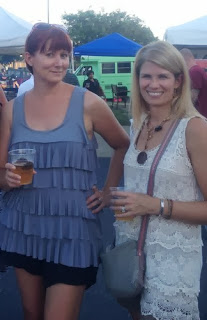 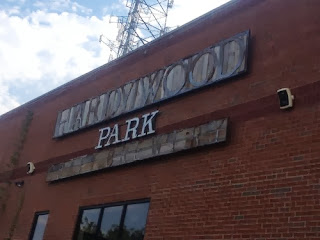 It was great to see The H's, Sister, her family, and friends... while eating local, and uh, supporting a local brewery. Oh the sacrifices to support local breweries one makes ; ) .

Here's an article I found interesting this week: Are Food Trucks Siphoning Customers Away From Bricks-And-Mortar Restaurants?  It was INTERESTING who loses- it is not the locally owned restaurants, but the fast food joints that lose customers, by customers who are then eating, often, better, more diverse food!


"Researchers spoke to people who had purchased food from a truck, asking them where they would have gotten their meals had there been no truck. Half of the respondents said they would probably have just eaten fast food, while another 20% said they would likely have just skipped the meal."

The best part was some nice guy walking around in a brown t-shirt that read,
"Ask me about my compost pile." 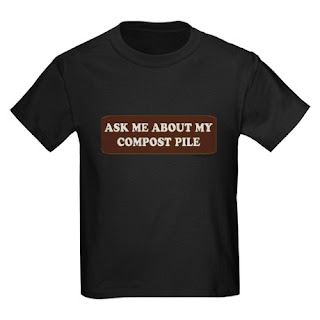 So I did!
"Sooooo. How's yer compost pile?"
He was awesome and funny and at the end I let the poor guy go, but not before asking, "Well, what would you think if I told you I have a composting TOILET. Do I look like that kinda girl to you?" 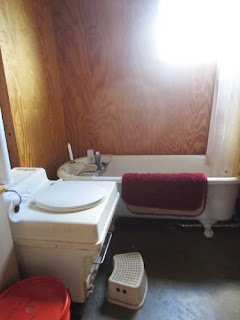 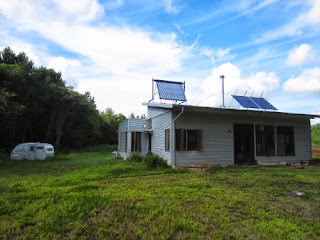 Right when he became impressed, the children chimed in with COMPOSTING TOILET STORIES and how they dire-ly want a FLUSHING TOILET because it's the first thing new friends, when they come over to the prefab house for the first time, want to see, and THAT IS EMBARRASSING.  He was cracking up and it was just, well, I guess you had to be there.

[Writing this, I said to the childrenz, "So. Why DON'T you like the composting toilet?" Pipsqueak 2 yells to her brother, "DON'T ANSWER HER! SHE'S FACEBOOKING IT!!!!" lol! ]

Thief!
Dagged black snakes... This time, I glanced down at the coop door and saw his body, languidly sprawled out of the opening...
Furious, I lifted the coop lid: 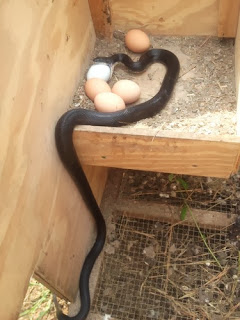 He was hilarious- egg in mouth, frozen as we, indignant, glared down on the scene...
"DROP IT, MISTAH!" He did...

We always drive 'em down the road to a cow pasture where they can chase field mice to the end of their days... TRUST ME after our childrenz are done playing with them, they never want to come back, lol!

This transitional weather...
Too cloudy to solar cook, too hot to get the cook stove going...
Hellooooooo sandwiches and non-cooked food...

Here's something the childrenz *ate* *up* this week, in fact I had to make several *batches*:
Tortilla Salad 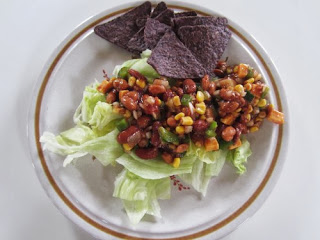 In a bowl, mix 1/2 minced onion, 2 cans of beans (two different kinds, so they look pretty, of either black, pinto, kidney...), 1 can corn, cubed 1/2 cuke, diced green pepper, diced (small) cheddar cheese. Sprinkle chili powder liberally over it, plus 2+ glugs of balsamic, and stir it up. Add salsa of your choice, enough to more than bind it, but not overly saucy. Fresh cilantro or parsley would be good in this, too, no? Serve over  iceberg, with a few tortilla chips or crisped tortilla pieces.

Unfortunately we had something odd occur today that we need to research:
Mid-morning, we heard a *pop* and one of our Apricus solar hot water tubes had burst.  It had been cloudy on prior days, and, with the battery bank only gaining to about 80% during those cloudy days, knowing there were still cloudy days to come, I had turned off the solar hot water then so not to draw down further solar energy use.

Now, finally sunny, I had been out spotting my neighbor on her horse, returned late morning, and turned the solar hot water back on, knowing it would be sunny. 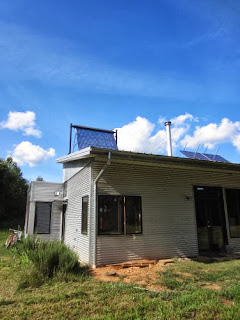 I will research, reach out to Apricus, and report back! 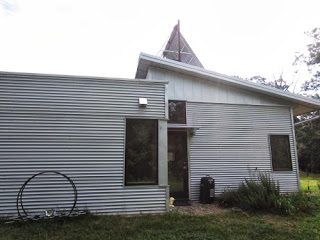 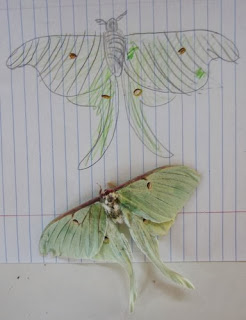 Reading Club:
Homeschool:
The second child has been felled by the Scratch Programming virus. I am not complaining a bit. A great introduction to vector graphics, programming... Thank you M.I.T. for creating this!!! 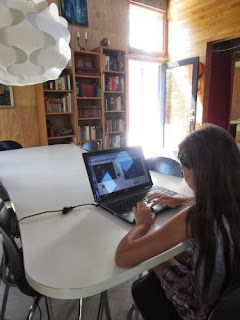 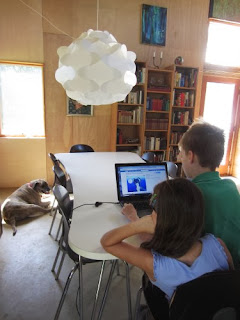 Also I wanted to post the "table nine finger trick" - explanation below, but we TURN DOWN the finger that indicates what you are multiplying, it makes the answer much more visualized:

Hope y'all have a great week. This week at the off grid prefab house will be filled with adventure, as a livestock well is dug!