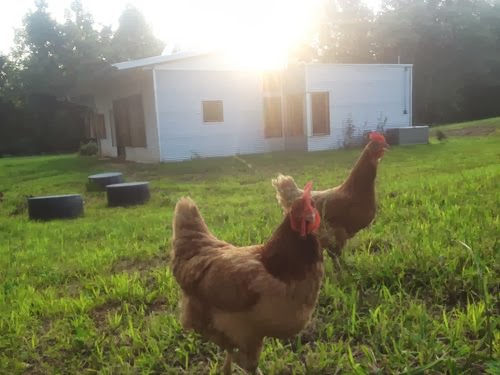 Stop the presses! Summer is blowing by too quickly at the off grid prefab house. 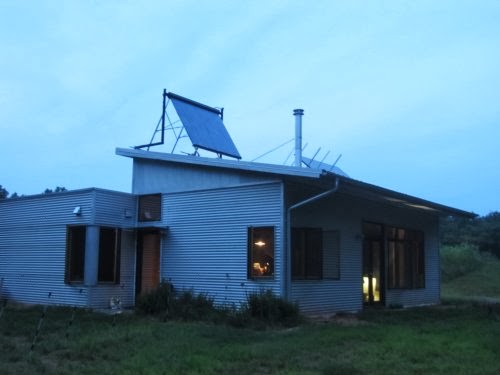 In the summer, the off grid SIP house's energy efficiency helps hold IN cool air.  But first you have to get cool air. At night I open the windows, and in morning, close up the modern prefab house. The clerestory windows and fans help let hot air out, move the air, make it cooler.  We haven't had the crazy 100+ degree days of last summer. Without air conditioning in the modern prefab, it has been comfortable.

BUT. There was one day this week, mid-afternoon when the sun is hottest, where I reached under the sink, nonchalantly brought out the spray bottle full of water (which I use to mist the air when the kiddos sweep so I don't have furious dust clouds dumping grit on mid-century furniture), and sprayed the kids, unsuspecting.

THEY LOVED IT. "You like that? Just wait until you get misted once this sits in the fridge awhile!"
"Wow. Grandma and Granddad would never let us do this in their house...!" 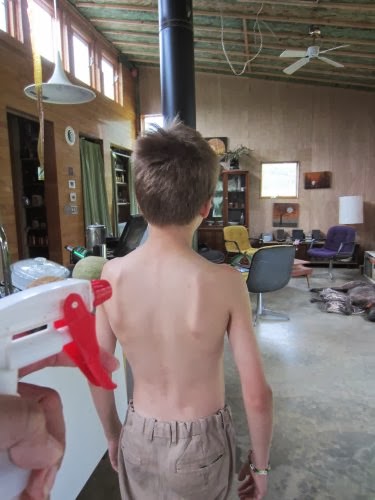 One thing I believe I have mentioned is that every member of our family, without prodding or even someone asking the question, keeps saying, randomly, whether when tousled, newly awake, or, after a hard day's work in the field, looking satisfactory about them,
"I love our life..." 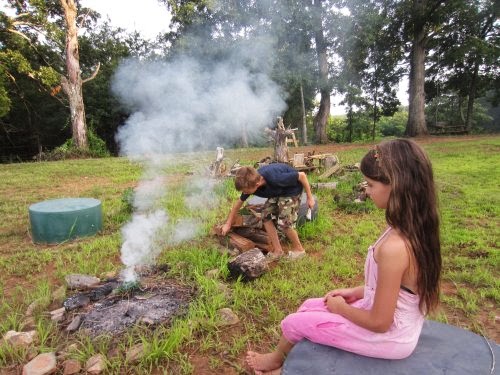 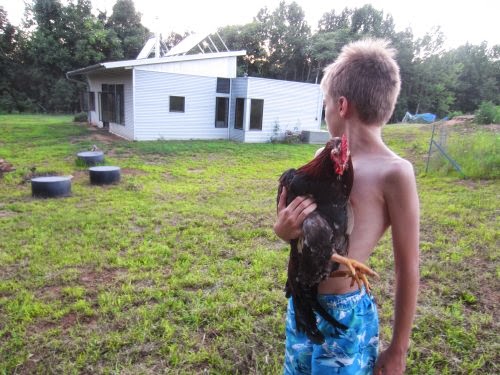 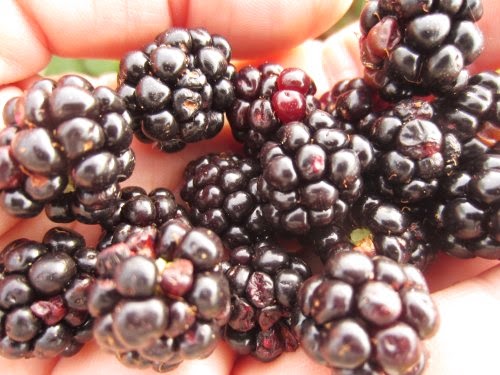 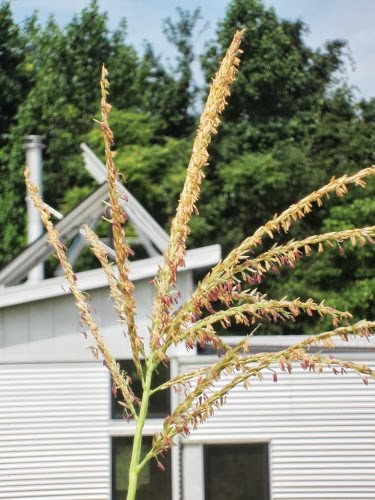 So, it's chaotic. It's without air conditioning. It's more... difficult to do things, yes, like run out for bread if you use the last slice. There is no pizza delivery service.

But then again, we never ordered pizza, in the city, and make our own bread...

Life these days, living off grid in the modern prefab, as confusing as it can be, it is rewarding. 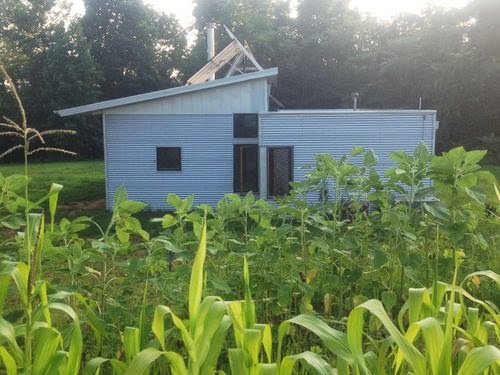 Coyote Attack!
We always have a rule: You may not play outside, alone.  I have explained that living rurally prepares you for New York, Paris, any big city: Listen to your instinct. Travel with packs, preferably growling and snapping... Always, be prepared.

I have mentioned the electric fence that keeps predators out and dogs and children in, encircling our prefab house.  However it does not keep the chickens in - their feathers act as insulators, and they weave in and out of the circle o' voltage at will.

It was such a situation when, not five feet on the outside of the fence, not thirty feet away from the prefab, a bold and hungry coyote grabbed and made off with a laying hen.

Pipsqueak 1 saw it all, and, despite the rules and how he was raised, brandished a stick, and made chase through the woods.  "You're lucky he didn't turn and rip your throat out..." I glowered, grateful he was ok.


Our dogs have been great deterrents- but in the heat they have been indoors; I will keep the chickens in their run the next few days, and from now on when they are out the dogs are out, too!

We also extended the electric fence about 50" into the woods, so that the area where the chickens like to scratch and roost is now enclosed by fencing.

Attacked By A... RAT SNAKE!
NO, I'm being dramatic- rat snakes are totally nonpoisonous and no he did not attack us, nor we, him. But: Who needs toys, when you can play with snakes?!? This poor rat snake, enjoying the day and coming over for a nice, social visit to the hen house, ("Might you dear ladies have any eggs? Oh thank you!") was waylaid by Pipsqueak 1 who, with Pipsqueak 2, made sure his day was full of entertainment. 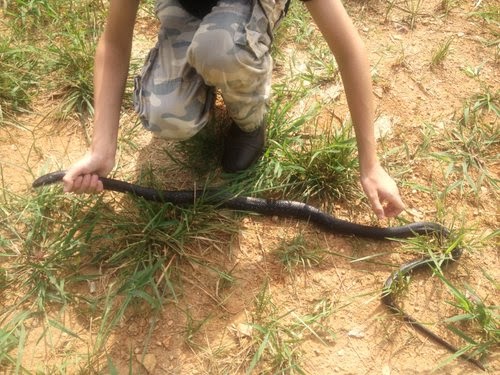 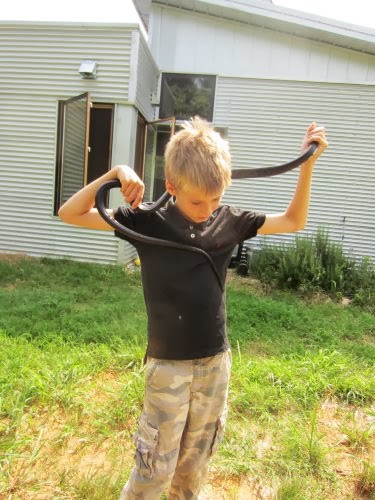 After the visit, we parted cordially, gently placing him into a cattle field down the road where there should be plenty of field mice to keep him occupied from returning to the coop.

We put up hay at The B's...
When hay calls, hay calls. And with approaching rain, our weekend haymaking became Friday workweek hay and office hour juggling. Frantic it was, but fun, albeit hard work. 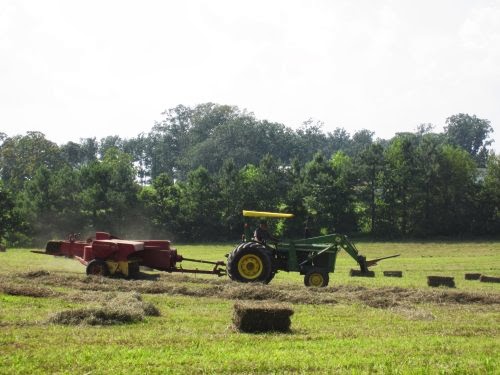 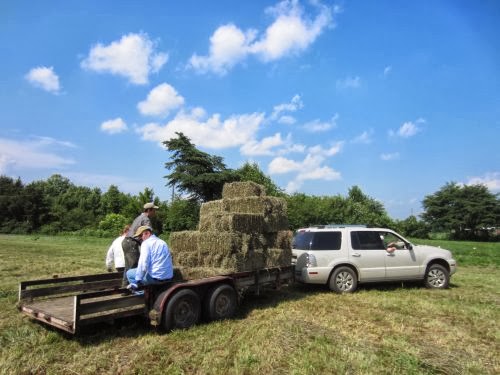 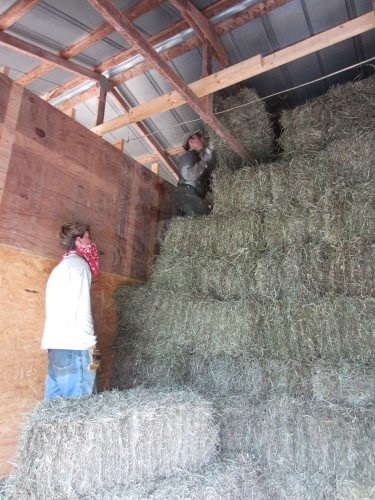 A day later, I am carefully checking over my flesh to see which are just scratches, and which are embedded objects that need to be expelled. But the horses will be happy, and well fed this winter!

Oh, summer's garden is in! Despite the poor soil here that needs amending, I have tomatoes, all kinds of peppers, corn, and (still, surprisingly) blackberries!

We eat well, here.
When I wanted to throw together something last minute, I made this, with what I had on hand. It did not taste or look thrown together. Fiesta Summer Salad
Equal amounts of cooked organic black beans and corn. Minced onion, peppers (according to your heat tastes, I used green bell pepper-ish peppers, ones that were mild but had a little bit of a bite vs. true bell peppers), tomatoes.
Salt/ pepper. Sparingly: balsamic / olive oil / coriander or even fresh cilantro and a bit of lime juice. *Make sure you taste the beans and corn* in this, do not overwhelm it with balsamic or herbs. The kids ATE IT UP and then asked for more.

Summer at the prefab = solar cooking, and sandwiches. 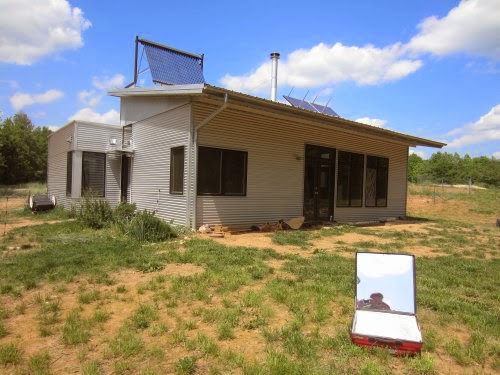 The week ended with another downpour. 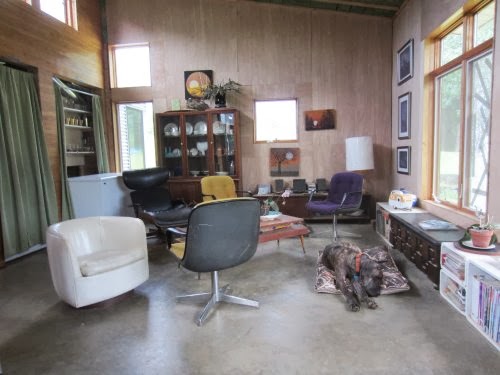 The prefab's off grid cistern is full, full, full.
I love lightning storms and deluges by day- I love to see the chickens racing about as the sun shatters the straight lines of the rain, then, once the dark storm overpowers the light, to watch chickens gathering under the modern prefab's overhang, sheltered, preening and ruffling their feathers until it all passes... 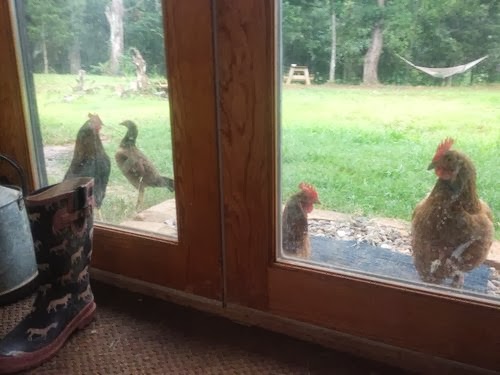 I love how, as the thunder booms more distant, we then fling open the windows under the southern overhang to catch that cool, such cooler, air. It billows through the prefab, as we, now soothed, listen to the pattering, steady rain. 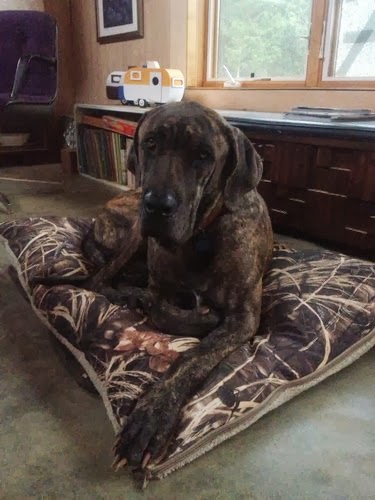 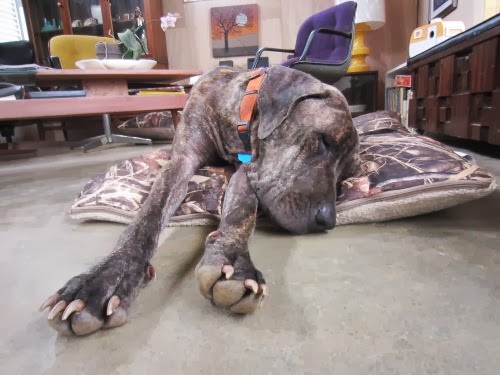 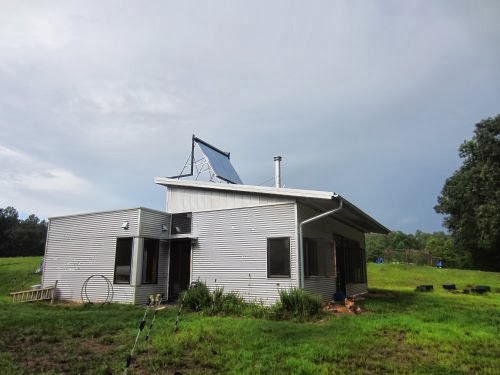 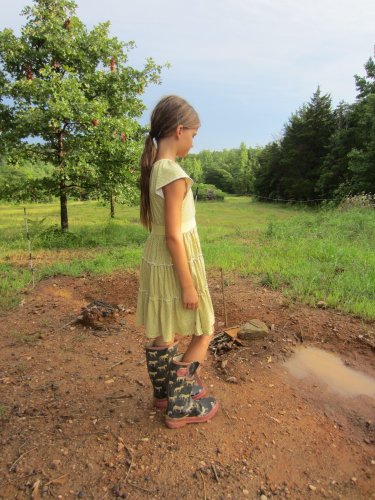 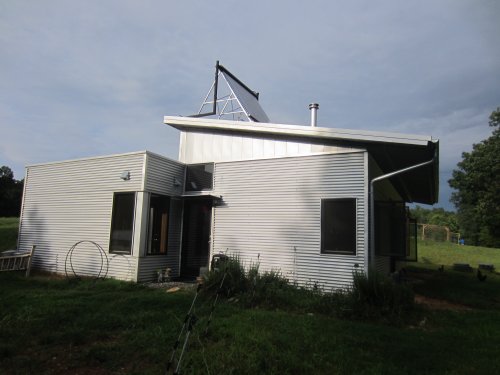 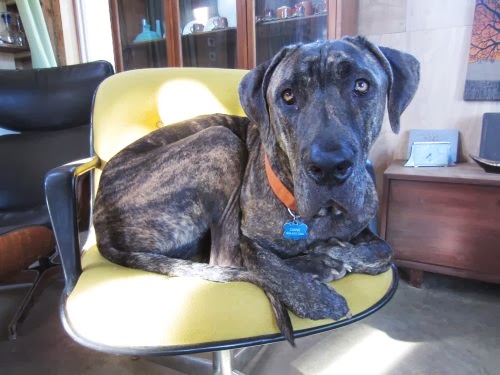