The Off Grid Passive Solar Prefab Home - Felled By Flu! 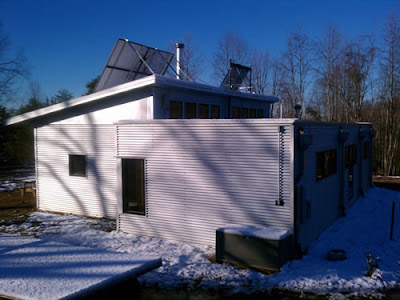 The cloud cover rolled in over the off grid prefab home and stopped.
I was ok. I checked the battery bank and thought, "Well, we'll be conservative in energy, I hear it's supposed to be gray ALL WEEK!"

You may recall how, when purchasing the solar system for our off grid prefab home, we purposely bought a "cabin" sized solar system as we knew that when we moved permanently to the prefab home, a few years down the road, we would invest in the latest technology vs. what is available now.  Suddenly, this year? A job opportunity turned into a quick: "Let's move between the passive solar prefab and DC NOW and then we'll worry about it all later!"

So. As usual, I checked the forecast : Rain, rain, more rain, clouds, and snow.
"Better gather supplies and get set this weekend..."
But before I could...

NOROVIRUS STRUCK THE OFF GRID PASSIVE SOLAR HOME!
All I remember was we went to Lynchburg Saturday, then... well, you probably don't want to hear the details. It was awful as you imagine.
From Reuters: 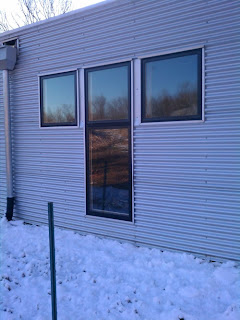 "In Boston, flu cases are 10 times higher than they were last year, causing Mayor Thomas Menino to declare a public health emergency on Wednesday.

In Illinois, 24 hospitals struggling to cope with the flood of flu cases had to turn away people arriving in the emergency department, while in Pennsylvania, the Lehigh Valley Hospital outside Allentown has set up a tent for people who arrive with less-severe flu.

I couldn't travel. I couldn't get out of bed. Handsome Husband returned to DC alone.

Monday Pipsqueak 1 made breakfast, lunch, and dinner. From my room, I applauded his creative banana, cheese and wheat sandwich, with a side of Napa cabbage in dill vinegar. Um, basic food groups folks. Plus: I was delirious.

THEY actually took these pictures of their creations, I discovered later, on my camera! 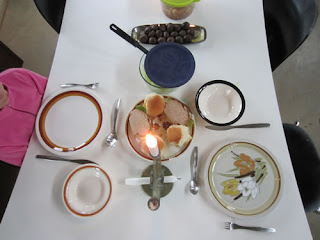 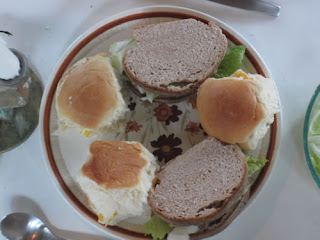 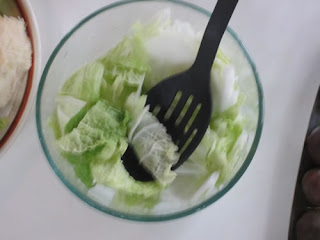 The sky was dark. I saw the rain moving in on the ridge beyond. From my bed I asked the Pipsqueaks to gather a tad more wood, just in case. (Fortunately no wood heat was necessary as it was UNSEASONABLY warm those two days, apparently, not that I would know...)

The skies opened. It POURED. Higher Ground became a rice paddy.
I was now stuck in the passive solar prefab on a hill, surrounded by fields under water, in the middle of a rice paddy, with the flu. 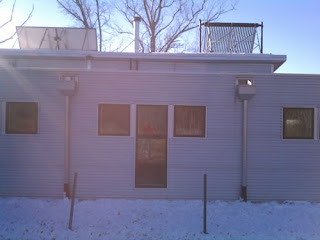 THEN THE PIPSQUEAKS GOT IT.

I was just recovered enough to care for them through the night. At four in the morning, as the storm raged outside, I was washing out the bowl of well, never mind, when suddenly the solar battery unit went CRAZY- a red light, numbers...

I called Handsome Husband... who was cozily sleeping peacefully and soundly in DC...
...and lectured his voice mail on the darned pump he needed to tweak that must have caused the flux in the readings...

The next day, it was cold. I went to start the cook stove. I discovered that NO ONE HAD PREPPED FOR THE WEEK'S WEATHER except the pile of wet wood the Pipsqueaks dragged in.

I shakily went to put on my galoshes to head out to gather wood in the freezing rain.
I couldn't find my galoshes.
Handsome Husband had cutely lined up all the galoshes near the front entrance.
Outside.

My galoshes were now an icy rain gauge.

I donned the soaked galoshes.
I dragged myself to the woodpile and carefully chose wood as I would when I knew bad weather was coming. As any person who was practical and living off grid would. [Insert glare at Handsome Husband here] Except this time I was doing it in slushy rain. Sloooowly I dragged wood where it should have been.

I looked down in the basket for newspaper to start... there was none.

You have got to be kidding me.
Fortunately, I am a squirrel. I have an emergency stash of EVERYTHING.
So I pulled one of the four emergency fire logs out.
I nosed around and gathered dry paper from places unplanned.
I surveyed with satisfaction my full pantry.
We would not only make it through, we would be cozy on this undersized solar system in an odd month of gray weather. Bring on the rain! Bring on the snow! (Oh yes, snow was in the forecast too, for the end of the week...)

THE CISTERN WAS FULL!  The cook stove was cracklin'! Even the children were recovering!
I could just wash clothes, dry them by the cook stove, and enjoy the storm.

I went to refill the pitcher, and the crazy battery bank display lights happened again.
I sent Handsome Husband this picture: 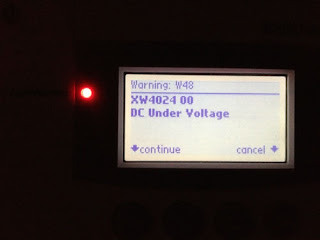 That snapped him to attention, even from DC.
You may recall that in the past weeks he had been futzing with the battery bank display to calibrate it to our actual solar system.

"This means you can not use the pump. The bank has been drained too close to where we do not want to go."

I looked at the almost empty water pitcher.

I knew I could, still in Saturday's pajamas, run through the sleet to the shed, dig out the camping water cube, load it in the car, go to The W's and get water.
We could make it.
Sister called.
"YOU HAVE GOT TO BE KIDDING ME. YOU ARE ALL IN YER VOMIT STAINED PJ's.
GET. TO. RIIIIIICHMOND."

It began to rain harder, with sleet.
I achingly loaded up the car and abandoned ship. 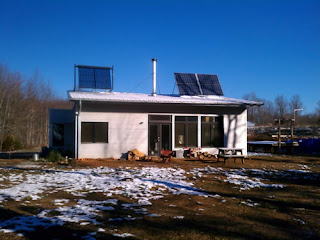 I headed for Bienvenue.

What I do differently now, now that the children are older, now after last Christmas, when around family, is talk. Out loud. About things. To my children. As they happen. Who are old enough to now understand. In front of whomever is doing something Normal People would never do. 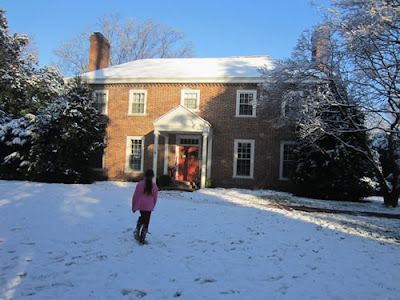 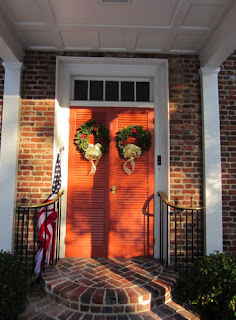 [My dear friend L: "Brilliant. You just diffused your anger, educate your children on how wrong these people are as it happens, and then make it funny."]

Bienvenue is convenient.
The dogs and children are in one place, and we're not on top of Sister or other generous friends who offer shelter.  They can't affect us. If it is unbearable, there's always Motel Eight and no return, ever again, and that our children would totally understand why. Before now, they didn't and wouldn't be able to understand. Now we can all make that decision together.

And then it snowed! 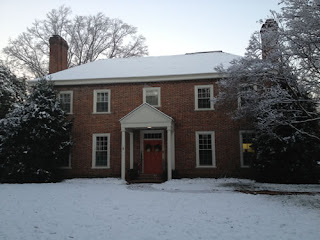 "The first fall of snow is not only an event, it is a magical event. You go to bed in one kind of a world and wake up in another quite different, and if this is not enchantment then where is it to be found?"
--JB Priestly

Sickness dissipated. Over 48hrs after quarantine of the last person afflicted, and after several long hot showers, it was wonderful to see dear friends. 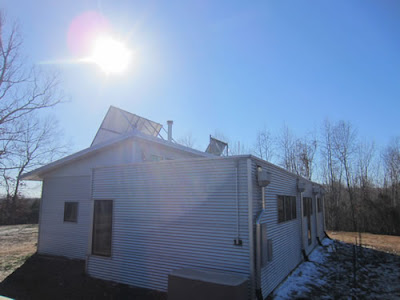 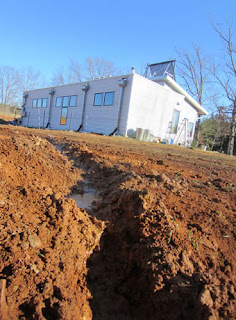 Pipsqueak 1 used the day to further dig out the trench about 15-20 feet away from the prefab house to better drain off the massive amount of water from the week.

We already had a efficient trench, but with the recent septic work and lots of earth moving, we wanted to make sure that trench was continuing to be as effective as before.

He's a busy child, and relished the challenge. 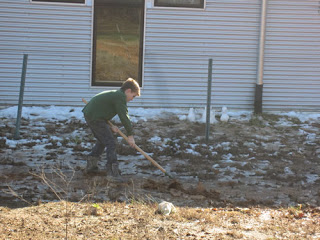 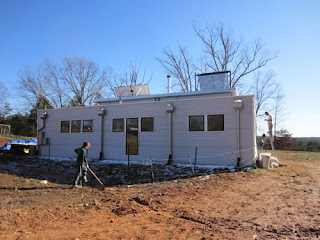 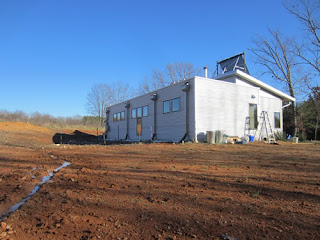 Handsome Husband finished the HRV piping through the SIP and sealed it well. 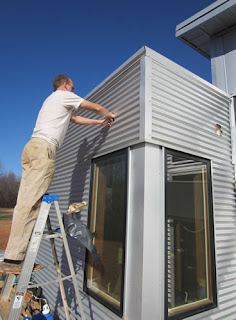 I've been using this sick week to really think about systems and have some thoughts on our immediate year ahead. It's probably not what you think. But this snow blowing and power outages amongst our neighbors during the storms really made me evaluate...
>>TO BE CONTINUED (AND NOT IN THE WAY YOU THINK)...

P.s. While I was really really ill, I paged through old Countryside Magazines gifted by the B's from the 1990s. Here were some excerpts I found interesting. 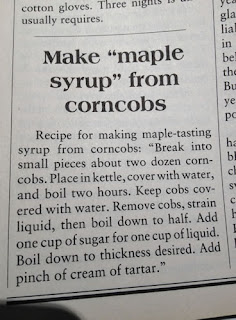 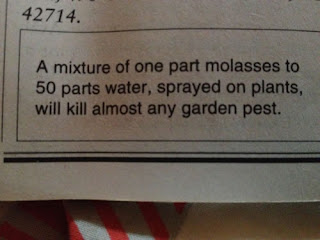 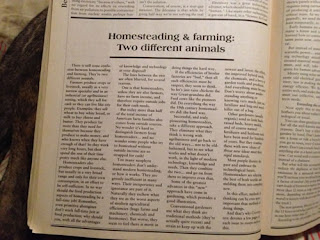 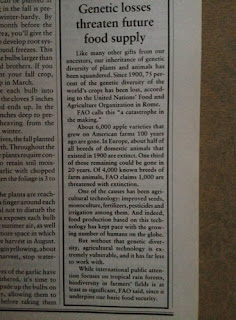 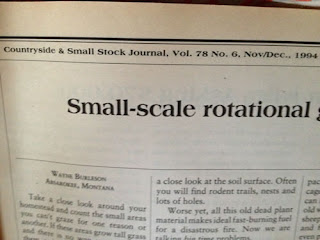 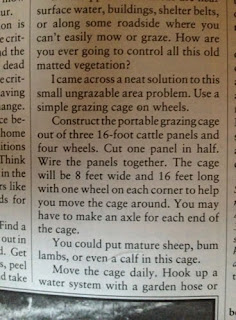 We also watched a great movie anyone in farming would identify with- Tulpan. It's like the Dust Bowl, all over again, except in Romania. It reminds me how we all, urban or rural, can work to preserve and improve soil so that nature, hence we, can survive.


Reading Club:
Homeschool was a mess, of course.
Last week we reviewed last semester's science; this week we were supposed to review history. During flu and snow and travel. Yeaaaaaaah, right. Well, we got pretty much everything covered, not as smoothly as I would have liked. But here were some resources I found useful:

We should do a remake of Little House on the Prairie, starring... The Casatis. I can just see it now.