Prefab Passive Solar House Sails The Solar Seas, And Might Even Break Out A Virginia Reel If Yer Lucky, Y'all. 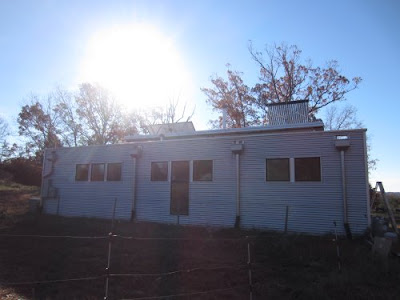 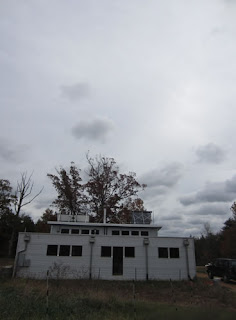 And On The Seventh Day, The Sunshine Came Out, FINALLY, At The Passive Solar Prefab.
Thannnnnnnk GOODNESS.
We're always fashionably frugal, but due to the cloud cover, we have been on a severe energy diet at the passive solar off grid prefab home.  We not only came out well, on an undersized solar system with a week of severe cloud cover (and a hurricane), but we came out... cozy.

But now we know that even with an undersize system, we can do great; we can even GAIN power on cloudy yet bright cloud days. 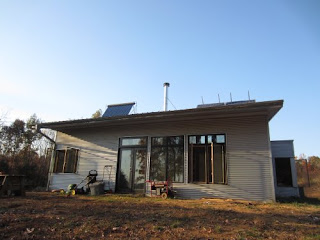 Another bonus? Because of our conservation in everything, before the hurricane, we, out of curiosity, checked the cistern. Because of conservation and reuse practices (and we are not in drought, but still), the cistern was a foot down from being full. Good to know.
Many of our Chesapeake Bay, Philly, and New York city community were not so fortunate. 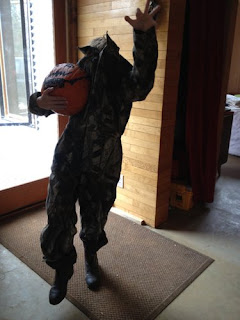 SO: Happy Halloween from the passive solar, prefab house!
Want to hear scary?
The prefab SIP house, out of the direct path, did GREAT, as expected. Even as the temperatures plummeted, it was, as always, so easy to heat, then maintain the indoor temperature to almost too-hot.
The only Hurricane Sandy note? Wind gusting down the bathroom pipe:
Hurricane composting toilet: 10yr old: "Whoooo HOOO! I love it when the wind rushes down, comes up, and hits your butt!" Try a bidet, lol. [Heeeey: It's cold *wind* gusting, just wind, folks.]

We were on the internet, researching wind, because, although I do NOT condone wind power for most Virginians, we do have our property on the highest point in the county... and giggled when the system that interested us described our energy conditions as appropriate for:
Wow.
Well, honeychiles, we're developing and telecommuting from our remote cabin prefab world, energetically! Cozy.
With the intermittent rain and having worked way too many hours this week, I needed a break. So I wiped the goo off my dirty beat up blogging camera, and dragged the neighboring teen out of the barn where she was happily brushing her horses and dressed her up in vintage. Sometimes, you've just gotta take a break and do something different. 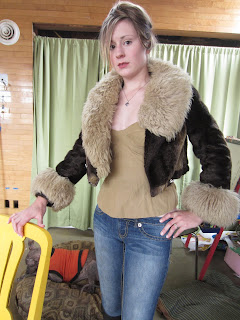 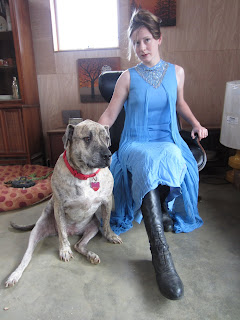 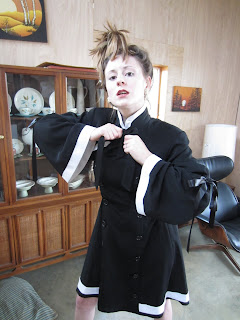 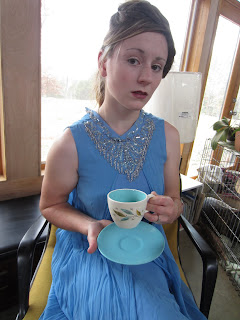 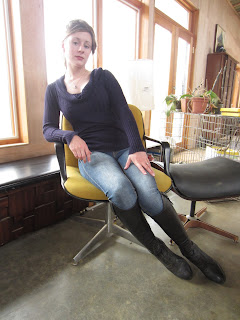 Disclosure: This girl is kick ass. She taught herself (taught HERSELF) dressage, an elite sport, and placed sixth in the state. A teen, she is a certified farrier with her own business.

And To End The Tough Week?
A Fun Cousin Visit.

Again, for those that think Rural Living is Quiet or Slow:
Day 1:
The children awoke an hour before dawn. I could hear them chat chat chatting and the dogs snuffling and whining, clearly snuggling with those childrenz in their beds, dagged it.

By dawn, they begged, "CAN WE GO RIDING?!?"
To my chagrin, they took off on the fossil-fuel guzzling contraptions I so despise... #LostThatBattleToHandsomeHusband
And had a blast...

[My English friend Penny: "Why can't they make a mini-bike that runs on chicken poop?!?" EXACTLY.]

By mid-day, we had taken them to:
Stop by our neighbor's Amish Store... 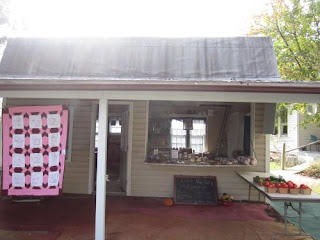 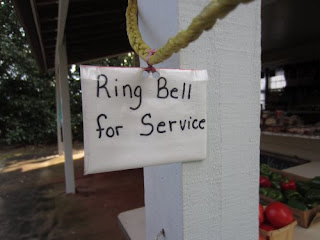 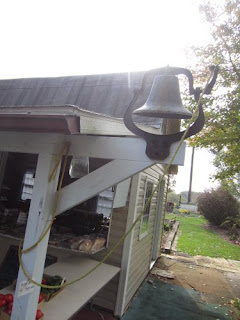 She: "E! You have GROWN!"
E. blushes and grins... a city kid, now part of our country community.

Then on to Charlotte Court House, where we ran errands, then wandered past the Court House, which Thomas Jefferson designed, and where Patrick Henry debated states' rights with John Randolph... 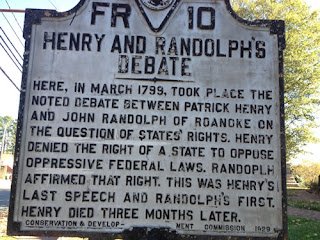 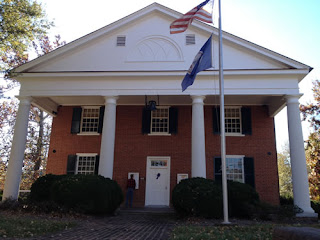 Into the Charlotte County museum... 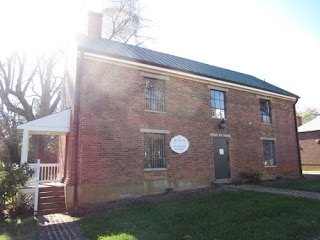 ...and then there is all kinds of information on their Three Statesmen: Patrick Henry, John Randolph, and David Bruce. 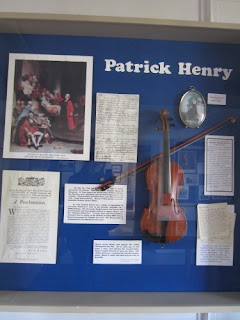 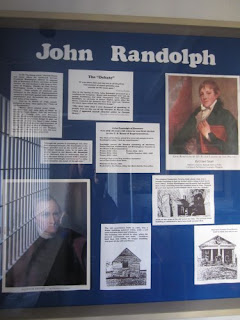 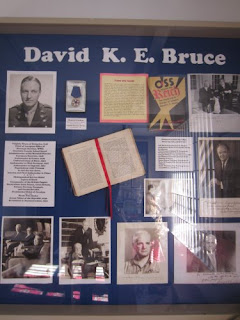 It's worth a stop! I loved the children's activity where they had a pan of cut out quotes from the three statesmen you could match into shapes! 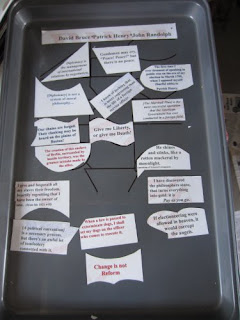 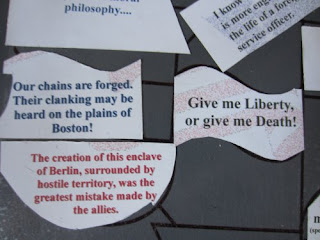 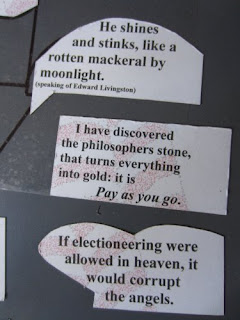 Then on to a neighbor's for milk, where we admired her bantams...
Which led to a "IF we bought some bantams how would we build an inexpensive efficient bantam coop" contest.  Handsome Husband was the judge... everyone won AND lost- for he took elements of each design to award the final coop design approval. 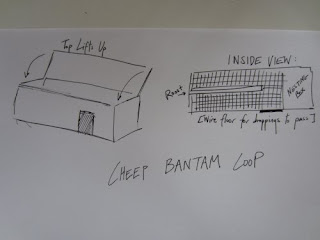 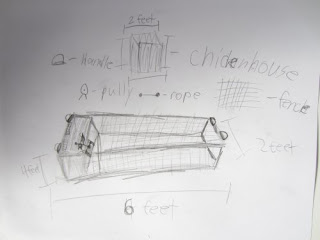 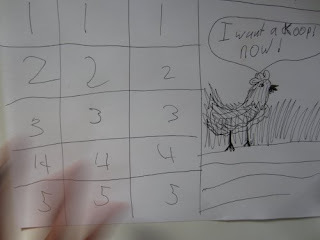 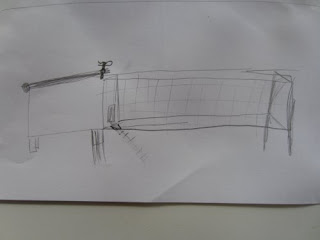 And then? We rode. 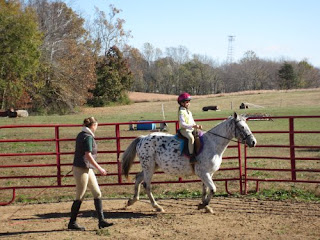 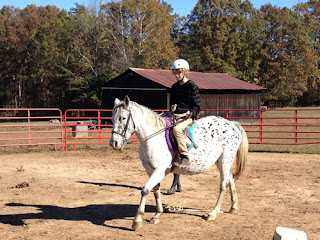 And after all that, then it was on to the Old Time Dance with Farm Use String Band!!!! They: "This ain't bluegrass. This t'ain't country. WE PLAY OLD TIME MUSIC. Got it?" Got it! 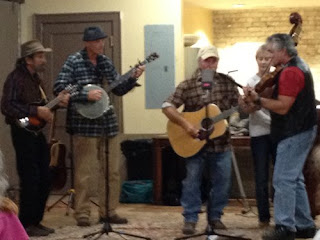 'Round here, WE CALL THIS: ALLLLL IN A DAY.
So go take some time out to dance the Virginia reel then, y'all.