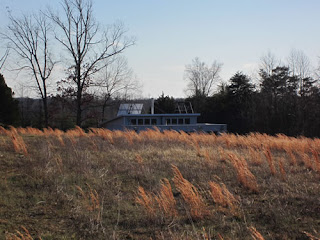 Within weeks, if there's *any* snag... we could be homeless!


With All The Things That Must Be Done, Handsome Husband and I decided to tag-team the weekend:
He and Pipsqueak 2 headed to the passive solar prefab home to fetch the trailer, while Pipsqueak 1 and I hung back in the mid-century modern, packing.


Indoors, being adult, I grumbled and packed. While I packed, Pipsqueak #1 snow-danced about, gleefully shouting at the flurry, hooting and hollering while he pulled out his snow boots and snowboard from the back of the closet, flinging clothes everywhere... #StillNotStickingYoungFellah

I gently tried to break it to the Pipsqueak that actually, school will probably NOT be cancelled Monday...

By the time I finished my sentence, the snow was already disappearing, melting away... It's melting faster than the Wicked Witch when Dorthy doused her.

But not before he built a snowman.
With a snow board.
And, as a finishing touch, a screaming chicken squawking its indignation at Richmond's outdated zoning.

Meanwhile, On The Land, Handsome Husband and Pipsqueak 2 Enjoyed A Rambling Trip And Beautiful Sunset At The Passive Solar Prefab Home.

And Handsome Husband dragged back, from the prefab house: One chicken coop.
Two heating lamps.
A waterer, and a feeder.

Musings On Education
One of the things I will be forever grateful for and miss, as we continue on our journey, is my children's school.

In most of the USA it is very unusual to walk into a school with so much of the world within- over 27 nations represented in the student body- it affects everything from new friendships in the classroom, where sitting next to children of every accent and color is quotidian; to the enriched experiences through the parents' involvement, sharing their backgrounds and culture and professions when that subject is studied.

It has set the tone for what I want my children to experience and live, for the rest of their lives; to be world citizens with open eyes to new people and experiences.
Thanks to this school, they already are.

On World Security
From Lisa T:
The seed emergency: The threat to food and democracy
Patenting seeds has led to a farming and food crisis - and huge profits for US biotechnology corporations.

"*Across the world, new seed laws are being introduced which enforce compulsory registration of seeds, thus making it impossible for small farmers to grow their own diversity, and forcing them into dependency on giant seed corporations. Corporations are also patenting climate resilient seeds evolved by farmers - thus robbing farmers of using their own seeds and knowledge for climate adaptation.*"

Our next Green Drinks tackles Richmond's Sustainability Plan.
What Richmond really needs to realize is that green building is not just about LEED.
Green building, sustainability plans are self-reliance, reaffirmed.
Zoning should catch up... and include urban hens... 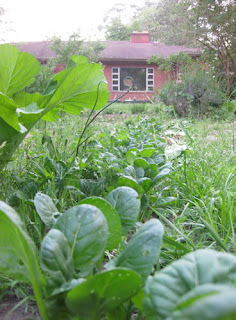 "A few generations ago, before we discovered such things as credit cards and floating debt, our parents, grandparents and those who came before us were remarkably resourceful people who worked with their hands, who helped their neighbors, and who didn't believe in wasting anything of value.

They were people who taught themselves and their children to do a little bit of everything because that's what it took to get by, and because that's what allowed them to use their hard-earned money on the more important things in life. Like a future.

Green building is not just about conserving resources, or recycling, or achieving Platinum certification. Rather, it's the universal ideals of independence and interdependence, of self-reliance and self-less collaboration that are at the core of our movement, and that have attracted such incredible support. From all professions and walks of life, from men and women all across the political spectrum, from the young and the old, from places up and down the economic food chain: People want to be part of our movement."


Let's Make Growth A Good Thing: Smart Growth
In today's op / ed, Laura Lee Garrett of The Urban Land Institute discusses smart growth, mixed income development, the return from the suburbs to the city.
"...we can learn from the mistakes of sprawl and unplanned growth in other cities." 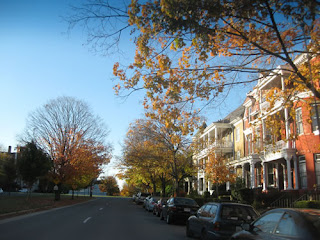 I feel Richmond is still not looking and learning from neighboring, competing cities who embrace livability.  Instead of sinking in more money on its boo-ya marketing campaigns, Richmond needs to take a hard look at itself.


"It is the right & responsibility of the citizens of the Richmond region to expect more of ourselves, our parents and our children."


A city's sustainability and attractiveness over other nearby competing cities is determined not just by its architecture, its infrastructure... but its preservation of natural resources and the allowance, even encouragement for its citizens to have the creativity to LIVE well, and that includes: urban hens.


"Last night I had a dream that you and I were running from a swarm of grasshoppers. Just as I was thinking it might be a bad omen for your big changes, I remembered that GRASSHOPPERS ARE AWESOME. Just to be sure, I googled "grasshopper dreams" and found: 'To see a grasshopper in your dream symbolizes freedom, independence or spiritual enlightenment. Alternatively, it indicates your inability to settle down or commit to a decision.' LOL. I guess you're good :) "

In the dream, the eagle accompanied me outdoors to the back yard- We had baby chicks; I and the eagle watched them as they hopped about the garden, free range.

Aaaaand: Enough of the Crazy Dream Thing.
Back To Education
Looking back on Suburbia With Chickens, I randomly stumbled across these old videos.
What great teaching tools hens can be!
I hope you enjoy them as much as I did, re-visiting them.

The Mid-Century Modern Undergoes Change
The photoshoot and magazine-ready decor is now strewn, halfway packed into boxes.
From this... 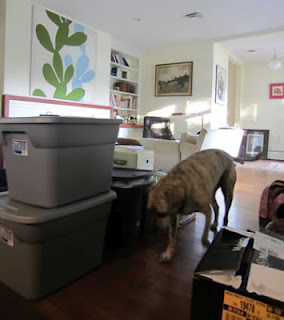 Despite the disarray... Our next steps are being carefully hatched.
We don't look back, but onward.