Considering Off Grid Prefab Living From A Rainy Weekend In The Mid-Century Modern House.

We returned last weekend from the passive solar prefab home, and, back in the city, there appeared on our doorstep A Dear Friend, L.L., hugging me despite my exhausted coughing: She arrived, armed with a weapon:
Hot, steaming pho.

I already brag on L.L. Actually, I brag on all my friends...
: ) because they're the best! (Y'all might have noticed, in this Supposed Prefab House Off Grid Construction blog... I digress often- I do like to talk about my loved ones, a lot.)

But: Seriously, how many friends do YOU have that argue in front of the Supreme Court of Virginia or whatever it's called? [Note: I don't know anything about law. But I do know a heck a lot about arguing a point.] Go, L.L.! Whatever the heck it is you do!

So there was L.L., with hot, spicy, chicken-broth-healin'-vegetable-and-herb-laden pho, and I just could have cried over all the love around us last weekend. People, just, you know, being people that love us... [We love them more...]

With as much disgust that ended the year, within the first week of 2012 we were paid in full (and more) with happiness & love. How can we not be ok, quickly cheerful again, when we are surrounded with so many loving, fun folk? 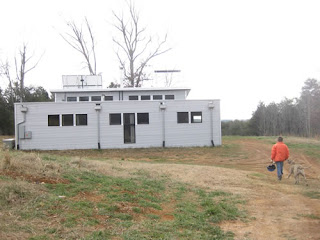 I thought back to the day when, years ago, I asked L.L. and her family to drive allllll the way out to the land and spend the day with us in the field, gathering at the first thing that transformed An Abandoned Field into a One Day Home... so L.L. and her family came out, and sat with us, in the middle of nowhere at... a picnic table. 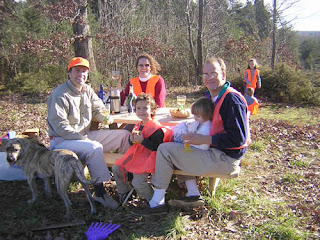 A picnic table was all we had to offer our guests, and yet they came.

Even in those days, with no shelter, no toilet, much less no energy efficient passive solar prefab home, we had good times.

So, it's a rainy weekend, so, still recovering, we remain at the mid-century modern.

We've finally freed ourselves in many ways this year, so Let's Talk Freedom.
Freedom:
Freedom Of Food
As Chef Ellie says, "Via King Corn and Food Inc. movies, where Midwest potato farmers refused to feed their families the conventional potatoes they grow and sell to large food corp, because of the high level of pesticides and fertilizers. Now, watch this, which also made me think about the sterilized GMO plant seeds. "

Freedom Of Speech
Last week the internet made its voice clear against SOPA.
What does a bill like SOPA / PIPA mean to our world?


Freedom To Brag Some More On My Friends
Newsflash: Buy Fresh Buy Local Chapter Could Come to Central VA

If this happens, this would be *great* for our region, solidifying the Appomattox / Charlotte Court House / Brookneal area, so like Staunton, to be better known as a great healthy food / culture hub, another marketing opportunity that goes hand-in-hand with vineyard, history, and music tourism. [Plus the article features our very dear friends at Ault's Family Farm!]

Freedom of... Bees.
Looking To The Land, At Higher Ground
We've also been discussing bees a lot. For a few years, I've been thinking about a hive...

As I type, bees are in legislation:  Virginia Senate bill 354 proposes a $200 tax credit for bee hives
I think: That would greatly help cover initial costs for critical need... 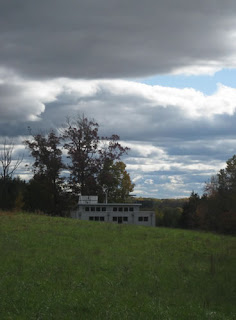 And via a friend, Carter: "-Honeybee population is declining at 1/3 a year & GMO corn is emerging as the culprit. Virtually all GMO corn is treated with neonics pesticides like clothiardin, injected in seeds to infuse the plant; later infecting the nervous system of insects touching it. If GMO corn kills bees should any human or farm animal eat it?- Should the public serve a cease-&-desist to Monsanto?!"
Honey Bee Problem Nearing A Critical Point

In Virginia, It Rains
So I will rest and continue to recover, while researching more for off grid / green building items that might be of use at the passive solar prefab house.

Frugal Financial Planning
On this dreary rainy weekend as we recover from being ill, I am using the time to plan purchases, one a week, until we move. That way it doesn't have to be a financial cost all at once, therefore easier to stay within budget instead of using credit, and gives me time to think, thus making better financial decisions.

Here's what's on the 3 Month Wish List / Plans To Acquire:
Note how much we invest in vegetables & meat, an upfront expense but when you compare what organic costs in the grocery aisle and that this helps greatly to feed a family of four... quite an astute investment!
Book Club
But before you start thinking seeds, you MUST think about your soil.

Raining, it was a good weekend to cook.
Home made yogurt, bread, pizza, lentil soup, and even sheets of marshmallows. Now of course I'd never use corn syrup for the marshmallows! Just add more sugar (2 cups vs. 1) or replace the amount of corn syrup with organic rice syrup or such.

I *learned some lessons,* ha! Make sure you whip the egg white until it's SUPER STIFF, I just haphazardly whipped it... THEN I decided for fun (Handsome Husband had just made bread and the oven was cooling down) to pop it in the oven to see if it made it less sticky (I should have added more sugar, beaten the whites more) and THEN IT CARAMELIZED into a HUGE STICKY MESS...  [However, that carmelized, too-sticky mess was... delicious.] 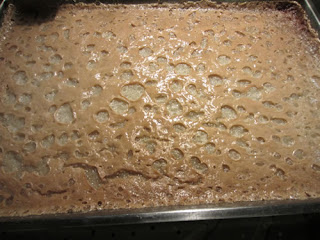 Handsome Husband : "Um, you're gonna clean that out of the pan, right?" Um...
It got me thinking about cooking in the off grid prefab home: I would not have wasted solar energy consumption on beating silly eggs and sugar for 15 minutes!

Which made me think about canning:
At the off grid prefab house I use 1. the solar oven 2. a camping stove and 3. the wood cook stove to cook. None are practical for maintaining the time and temperature for canning. Thank goodness we are right down the road from Prince Edward Cannery!


"A Cannery is a facility equipped for preparing and heat processing food which is then sealed into jars or cans. People bring in produce from their own gardens and through their own efforts, preserve it for future personal consumption.

The Prince Edward Cannery provides an opportunity for home canners and commercial canners alike with an inexpensive and effective method of preserving large amounts of food. Many prefer canning foods over freezing foods because canned foods store longer and are free from chemicals and additives. Fruits, vegetables, preserves, jams and jellies, as well as meats and fish, may be canned. Come see the Cannery for all the different things we can."

Pipsqueak1, shocked: "I don't want to go inside a cannery!!!! That's like a yellow bird or something, gross!"
Um, that's a CANARY, kid.

Copeland's Crock Pot Yogurt
Copeland's An Indian In Appalachia Soup
This takes the basics of good ole Southern Lentil Soup and makes it a tad Indian. Because, why not. It's raining. What else am I gonna do. 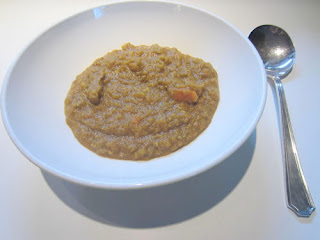 Instead of the traditional ham hock, which would overwhelm the Indian spices, I threw in a piece of fat from an earlier Boxwood Beef meal I had saved this week. An Indian In Appalachia Soup served with some of Handsome Husband's bread fresh out of the oven... Ahhh.

Hunker down, eat well, and hug your loved ones!
Which is exactly what I will do until our next adventures at the passive solar prefab home.

Every time I read yer posts, I feel like I've been hugged to pieces :)

I miss my family at home when I read your article. I'm working away from home and whenever I go home we always got a bonding with my family celebrating and we cook everything we could think of. I just love your article It reminds me of my family. (^_^)