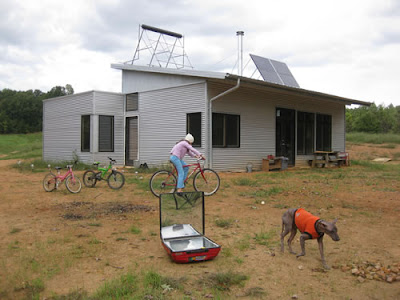 It was Saturday Night and we were ROCKING OUT at the off grid prefab house kit!!!!

Outside the weather might have been crisp; but inside the energy efficient, passive solar prefab on Saturday night? It was hot, hot, hot.
#MassiveSlumberPartyInThePrefab

It Was A Big Ole Slumber Party In The Prefab Off Grid House, Y'all. 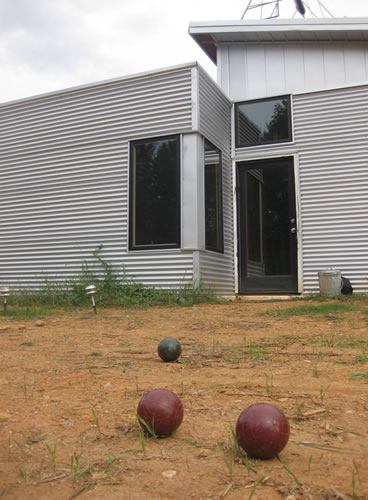 Pipsqueak #1 wanted a Camping Party for his birthday. We planned to camp in the field. Then the entire city of Richmond came down with colds. So for those that braved the chilly weather recovering from colds, we turned the Camping Party into a Slumber Party In The Prefab.

Twenty-five people came out, and SEVENTEEN people stayed the night in the off grid prefab home.
SEVENTEEN PEOPLE.
With *one* composting toilet.
Filling beds. And air mattresses. And with a wood cook stove cooking at all times, honeychiles. 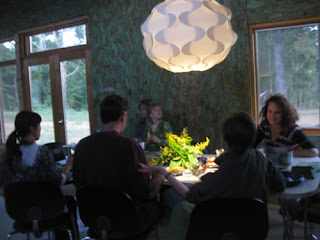 It was crisp outside, but inside the prefab it was hot, hot, hot!

As usual, I envisioned a few games, but the children arrived and instantly Got Busy On Their Own, no entertainment required. The girls formed A Wolf Pack and disappeared for two days, digging and building all sorts of things... 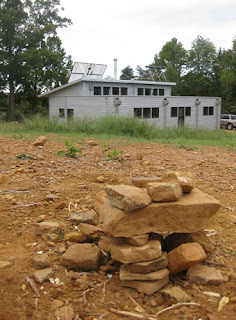 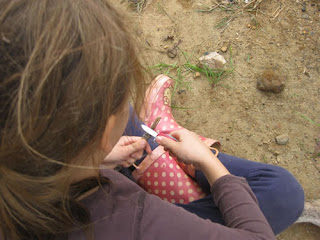 ...while the boys kicked soccer balls, built a campfire, and launched occasional Wolf Pack Raid Strategies.
Then they all played a rousing game of Pin The Tail On The Bull.

Earlier, I told my children to draw a "Pin The Tail On The Cow" to have An Official Game to keep the children busy. Pipsqueak #1 drew a very, VERY anatomically correct bull. I am proud at that moment of silence when he showed us and... we didn't say anything and praised his great accuracy of drawing a bull. Can't wait to see the other parents' faces though! [Ha.] 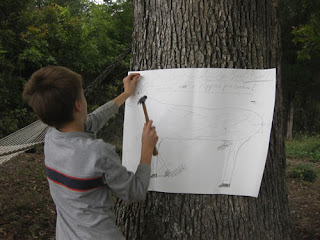 Many of our visitors had not yet had the opportunity to see an off grid prefab home, so asked lots and lots of really good questions:
"Where do you get your water?"
"How does solar power work?"
"What's passive solar?"
"What's a structural insulated panel?"
"Um... HOW does the composting toilet work?"

It got dark, the stars came out, and we stayed up way too late. Eventually, one by one, we drifted to bed, the prefab home so cozy from our body heat and cooking on the cook stove that guests cracked windows, letting in sharp blasts of icy air to lower the energy efficient home's off grid indoor temperature.

And of course, at the crack of dawn (actually, before, as they wanted to Watch The Wildlife), the pipsqueaks started hopping about as the adults groaned and slowly rose to make *lots* of coffee. 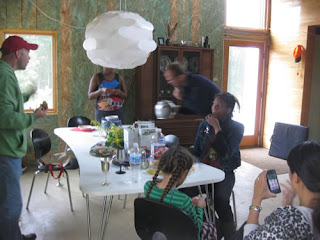 P.s. You can't have cook stove cooking for a crowd without a pot o' beans on the stove.
These beans were a hit. When it's cold, you'll enter from the frosty outdoors to find the passive solar prefab warm and toasty with a pot of beans simmering to heat yer innards up. 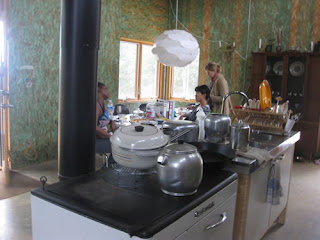 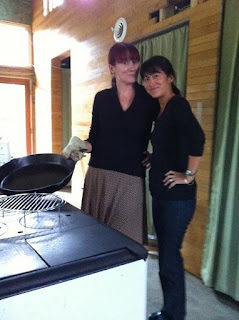