Yep, it's official: We're Thinking About Living In The Passive Solar Prefab House Sooner Than Later. 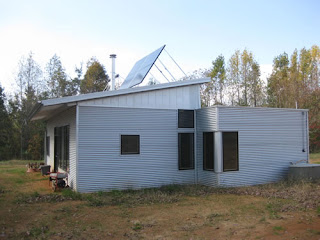 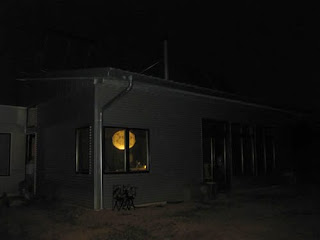 We had "A Ten Year Plan." Which is why we built the off grid passive solar prefab house in stages, with a pay-as-you-go slow approach. Now we discuss "let's move... now."

So it's Time To Get Busy on the final construction!

Next week septic starts, then we finish the solar hot water.

Last night, at the passive solar prefab, we watched the stars, all hugging close around the campfire, shivering and wrapping each other into big adult arms and hugs, wrapping the little ones into our coats and blankets... the sky is SO BRIGHT, crystalline clear. We pointed out the little dipper, now upside down, Hercules going sideways, Cassiopeia turning into a big ole 3.

With no light pollution, it's easy to see galaxies...

So yes, it's official:
Shockers! Handsome Husband was hired away from RVA!
He has accepted a SUPER job in DC, in technology, of course. I sure would hate to move this tech family out of Richmond... but honeychiles, like many families leaving for nearby, more livable cities, we can afford to do so, so can move to somewhere where one can have the freedom and right to be more sustainable. I'm sorry for the families that don't have that option, like the three struggling families I've chronicled over the past month, two of them jobless, who had their hens taken away.
(NICE job, Richmond.)

We intend to stay within commuting distance IF we move because of all our clients & friends here but it certainly opens up DC / NY more for business... Gee... Do ya think Richmond will make it livable like other competing-for-salaries-and-families-like-us cities before we have to make a decision on whether to move? Should I hold mah breath?
You see, sustainability in zoning makes common economic and professional sense in competing cities and towns like... Ashland, Charlottesville, Raleigh, Austin, Portland, NYC, Boston, Atlanta, Asheville (endless list goes on...)...
From Richmond Magazine: 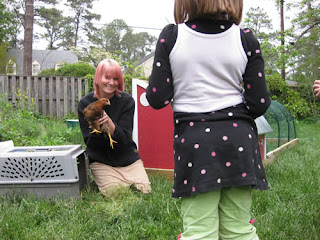 "...Just a few miles up I-95, Ashland, the self-proclaimed Center of the Universe, recently was named by Bloomberg Businessweek as the best Virginia community for raising kids. Ashland is also a relative poultry paradise. Chickens are welcome as long as their owners seek permission in town.

“We’ll typically put a limit of no more than five on the property,” says Ashland Town Manager Charles Hartgrove. Sometimes, when city administrators are feeling extra cautious, they’ll require a pen to contain the birds. But sometimes not.

“It’s not something we’ve enforced heavily,” Hartgrove says. “We don’t get a whole lot of complaints about it — and [we] get even fewer applications about it, to be honest. I’ve been here about eight years and I’ve had slightly less than 10 residents come forward in that time to request a permit.” 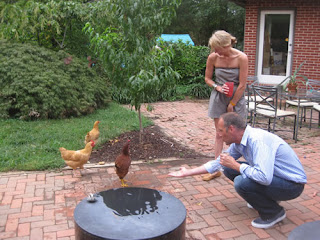 Hartgrove says Bloomberg in its assessment of Ashland didn’t seem to take issue with the chickens, and he speculates that many Virginia localities outlaw chickens not for health reasons but because people falsely see keeping hens as anti-progress. “I think a lot of it goes back to the beginning of the last century, with towns trying to modernize themselves,” he says.

Similarly, in Charlottesville the debate about chickens was settled long ago. “Urban chickens?” says Craig Brown, Charlottesville’s city attorney, pshawing at the idea that such things are considered unusual. “Are you sure you don’t want to talk about goats?” Charlottesville’s leaders recently amended the city code to allow people to keep miniature goats."

So yes, we weigh the nearby, more sustainable, cooler towns' options! Ashland's right up the road! Charlottesville's right down the street!
Wait. Why not run to the land, taking that sustainable step further?

This weekend, we planted one more fruit tree on the land, a cherry, envisioning decades of fruit pies and homemade cherry jam in our future.

Why not cherry pick (ha) the things in Richmond we'd like our family to attend, like Richmond Green Drinks, like the Folk Festival, without having to deal with Richmond?


I have very much enjoyed raising my children up within Richmond Green Drinks. Thanks to all the architects & engineers who have been patient when they have been present... and if we leave I will miss all the good times we have, the brain power and kindness that emanates with each monthly gathering. The Green Drinks community has been a fantastic support network and resource of just... really good people. I'm grateful to know y'all. 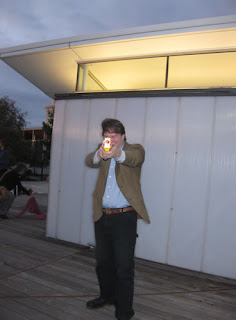 I wondered how hard it would be to pick up four environmentally-friendly businesses and move, with our corporate salaries and diverse childrenz (which is how the private schools that courted us described my offspring... What, are they diverse just because they're bilingual or is it because they have A Crazywoman for a Momma, ha?)... How hard would it be to end the paperwork that binds my businesses to UNsustainable Richmond?

Easier than you think. 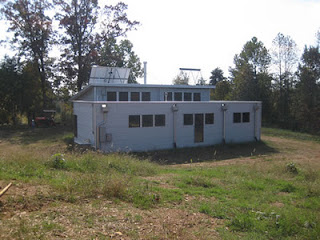 
Speaking of fun...
I mean, really: Geez it wouldn't be hard to live in this area of Virginia (Pamplin City, population 199).

These people know how to have FUN.

This morning we went to see The Blessing Of The Hounds, which included seeing our friend Kim, the pastor, getting peed on by a bunch of hounds (it's a part of the tradition now and she just smiles, shrugs her shoulders, and keeps on giving her awesomeness of a sermon to a bunch o' antsy horses, hounds and humans!)....


We then did our annual Book Buying At The Book Sale at the Pamplin Library, which is in the old Train Depot, snatching up all kinds of books - in German, French, vintage cookbooks (like I need more), history...
Which is exactly what attracts us here: The practical, the hilarious sense of humor, the strong community volunteering together to put on wonderful programs...

LBC produces several amazing events each year for the community where not only is it jam-packed with fun, but they also feed people, and all of it is child-friendly!

At one point, strolling Appomattox Court House, I spied a man (or I thought he was a man) in the field and thought, "What the heck is he looking at? That looks historic!" So of COURSE I followed him out... and met a sweet, sweet teenager musing on the historic plaque and graveyard onto which we stumbled. 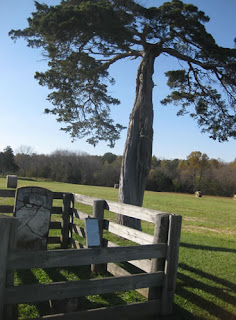 He didn't mind me; we exchanged small talk, and when I mentioned we were considering a move to the area he immediately piped up about how much he LOVES growing up here. He reminded me so much of my nephew B.- a quiet, earnest, still-water-personality that will be bigger than you'll ever dream because of his ease of being kind and open to intrusive adults, to any Pipsqueak... to anyone. 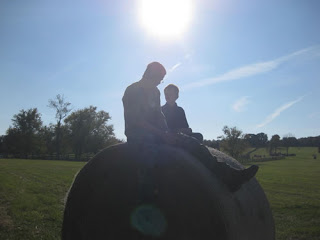 Later I found him sitting with Pipsqueak #1 on top of a hay bale. The same hay bale Pipsqueak #1 had begged me to put him atop of except-I-crossly-declined earlier that day. There they sat, talking, in glorious autumn afternoon light and again I was struck with the ease and openness of this young gentleman. Chatting further, he volunteered that he was from Richmond - "...but then I went into foster care when I was about four, then bounced around in Fredericksburg and other places... until my mom adopted me."

I asked how old he was when that happened. "About seven... and I also have some other brothers that were adopted!" It became apparent his older brother has special needs, which is probably why he pays so much attention to the younger or older-but-not-as-able kids. He strongly emphasized how glad he is to be raised here, how happy he is in this area, how close he is with his community "...even though I can be pretty quiet. But they draw you out..." how his ADHD and his brother's challenges had been embraced, and clearly, as *I* could see: How they THRIVE. I am looking forward to knowing this young man further... When we parted, I walked away, musing: "Quiet leader."

A highlight today for Pipsqueak #2 was seeing Lula's Doll. She had read a book about the story of that doll, so it was great to walk up and see so much HISTORY and folklore wrapped within one raggedy cloth doll. 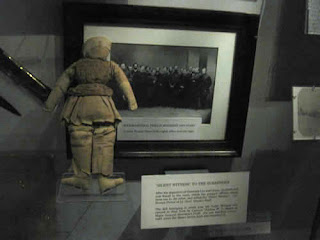 It was... it was amazing to walk the fields and structures where our nation's war began to end. To literally step through McLean House, into the parlor where Lee surrendered to Grant! 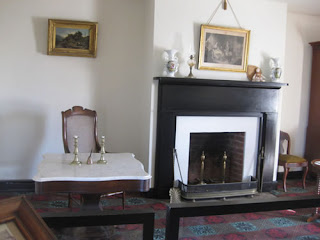 Back at the passive solar prefab, glowing from the day, we played Gainsbourg and the children and dogs danced around the fire.

Another affirming weekend, confirming that considering living in Pamplin City, Pop-u-lation One-Ninety-Nine, sooner rather than later, t'ain't such a bad thang, at all.

Well, if y'all move on out there, that'll be one sure-fire way to get us to visit! Much as I hate the thought of you being more than a coupla miles away . . . all these reasons do make sense.