Forget The Grid: Prefab Home - Off Grid Comfort In A Passive Solar Home 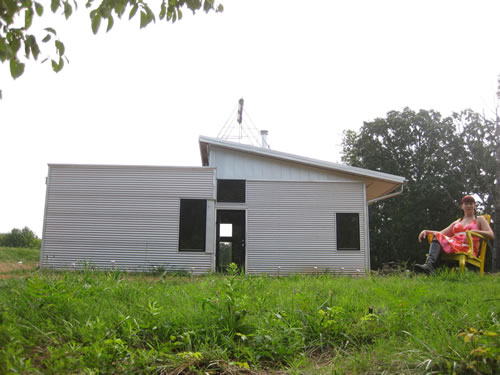 We left the Richmond house, still without power from Hurricane Irene, on...oh... Day Six?
Shockingly, we decided not to camp as planned. Instead, we fled to the prefab passive solar OFF GRID house. I have no idea if power is restored in Richmond. Who cares, we're here, at our cozy, beloved, energy efficient prefab SIP home!

Finally, a weekend where it feels like summer should: A steady breeze, hot afternoons, a nephew visiting, happy Pipsqueaks, lots of practical projects while having lots of fun.
After eight years of use, our camping stove broke, which we use along with the solar cooker for summer cooking, so we resorted to campfire... to the children's delight. It was another chance to keep them busy while Playing With Fire, which also involves Fire Safety And Building 101.

In the mornings, they made my coffee and heated my bath water.

In the evening, we tossed the dutch oven back into the fire and made feasts. 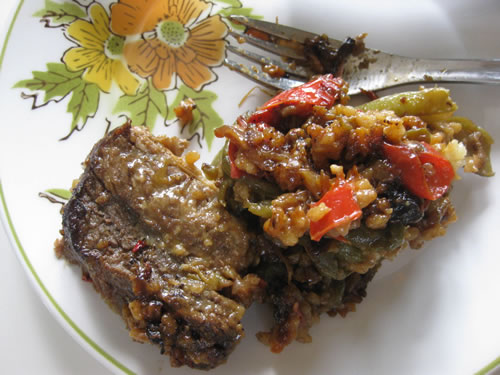 Collect a bunch o' stuff from the garden to add with Boxwood Beef / your local pastured beef in a dutch oven:
Layer: sliced onions, then a bunch of ribs, then sliced green & red peppers, semi-spicy peppers (minced), top with all the green beans you can find & a smattering of cherry tomatoes. After about an hour in the (low) fire, dump in a bunch of precooked rice (having made it for another dish a few days ago: jasmine rice + cloves of garlic & bay leaves, remove the bay leaves after cooking) on the top and cook another half hour over fire. The rice will absorb all that grease yet it won't be grease overkill - with so many veggies tossed in, it all melds together well into a hearty, savory, roasty dish that is *delicious* on a cool night for a bunch of hungry, hungry childrenz!

Handsome Husband cut VMI Basketball Court further for window framing. No progress to show on the interior, as the weekend was spent cutting lengths of wood. Those historic maple floorboards are going to look gorgeous framing the energy efficient, modern windows in the prefab. 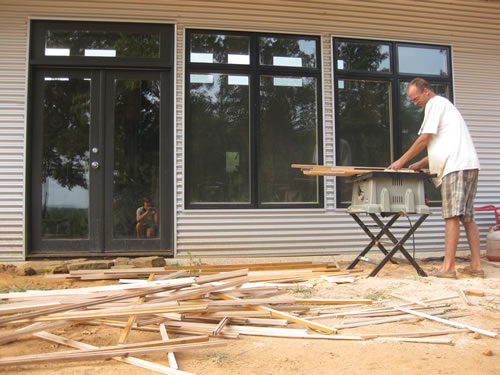 We got, as a byproduct, lots more nice sawdust for the composting toilet. That's some historic sawdust!

The Pipsqueaks were sent off to sort and stack kindling for winter. 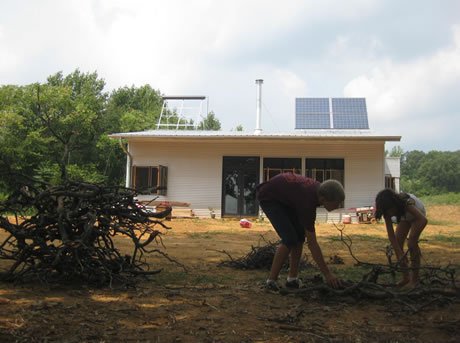 There might have even been a brief swim at Holliday Lake... 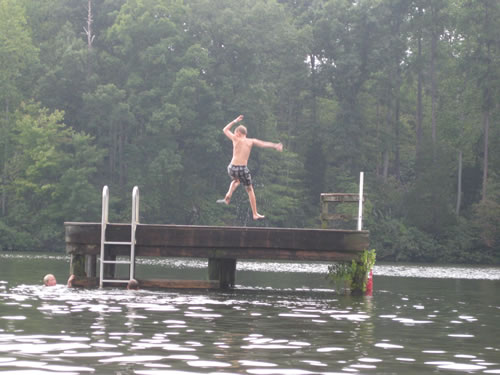 Until the thunderstorm arose, and we hightailed it back to the prefab, to, after the thunder passed, dance in the fields in the rain, while blaring The Clash and singing loudly and off key with my ten year old nephew who knows *every* *word* to *every* *song* on the album, ha.

They turned the modern, clean interior of the prefab into... a tent city. 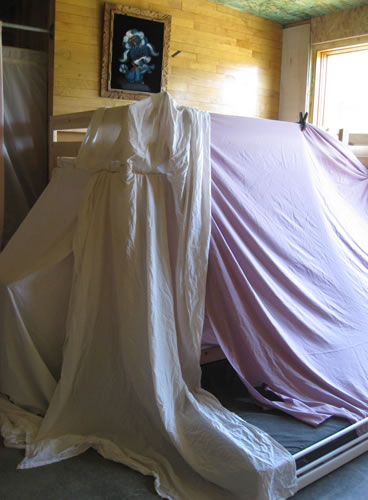 They shot BB guns at mah clean laundry until I caught them and shooed them off with a stern reprimand.
And this morning they discovered, "rescued" and released Fred, to continue his box turtle journey in the woods... far away from all of us.
The solar cooker stayed busy cookin' chicken quesadillas, reheating leftovers... but the sky was overcast, often, so we relied more on fire... the Naked Potato Salad and Homemade Molasses Boston Beans were perfect for solar cooking. 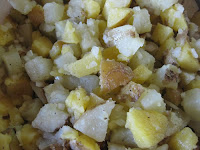 Naked Potato Salad
Freshly dug potatoes, baked yet firm, then diced.
Sprinkle with kosher salt.
Glugs of the best olive oil you can lay yer hands on.
Minced onion. Grind pepper over it all and toss.
Reheat in solar cooker, dig in: yum.

We planted figs.
I grew up with them on the Chesapeake Bay, and had brought a few from our Bay Weekend to my Amish neighbor Mrs. E last week as a treat. She politely said, "My, they do look just like the ones in my back yard! But I *must* taste them!" (tasted, politely, dismissively:) "Why yes, they do taste just like my figs!" We laughed, and, knowing I can grow figs here, Handsome Husband and I  promptly bought two fig trees to plant this weekend. One for the nephew and Pipsqueaks, one for us. 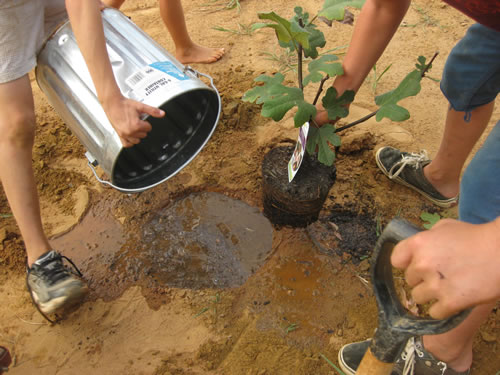 Forget fighting family members and neighbors over the Chesapeake Bay figs - we have our *own* figs now. One more edible addition to our progress at Higher Ground. 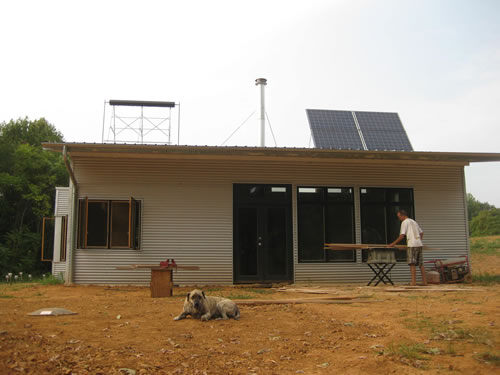