Now that we're finishing up plumbing, HRV installation, and ordering the rainwater filtration and collection pieces, my thoughts turn to for our off grid systems in the passive solar prefab house!

So I'm also thinking about septic.
[WON'T it be nice when we can move on to pretty, clean, modern interior design?]

I had a great conversation with John Schofield of the Department of Health in November regarding our septic and irrigation plans. That man is a wealth of knowledge (he designed the NEWTS system for Boxerwood!!!!) on so many green building and sustainable subjects outside of his job description.  I had called to go over our basic premise I had outlined in the post, "The Scoop On The Poop."

His comment was that in the end, although he didn't immediately see anything wrong with our plans, it might be easiest and most affordable to go with a conventional septic field downhill.

Then we digressed into all sorts of subjects, and he imparted this gem:
"Did you know a pond just 50' across can feed ten families?"
Suddenly my attention has turned to the breached pond in the woods, something until now I had put the chore of digging out and fixing as on "the ten year plan."

Here's the breached pond from when my old NYC room mate P. visited:
(I was looking at the falling leaves, falling like rain except it was leaves, it was SO pretty yet unfortunately it doesn't quite show in this jiggly video. I had no idea at the time I'd be talking about the pond in a blog post! But it gives a better idea than a photograph of its scope, scenario...)

You may have noticed my pictures of the passive solar prefab interior have lessened in recent weeks. I am tired of being under construction! If *I* don't want to look at this mess, you most likely don't, either. Let's all toast to spring, when I can take some gorgeous, gorgeous pictures of a clean-again un-cluttered everything-in-its-place prefab home. Deal? 'Sides, once that's done, it's DESIGN TIME!

Anyhoo, completely related to this green building / pond breaching topic, I decided to make a southern version of miso soup.  Instead of seaweed, I used collards. Instead of tofu.... dumplings.
Why not? 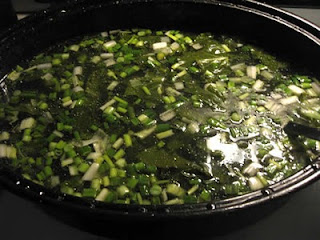 Somewhere, out there, a chef is screaming... 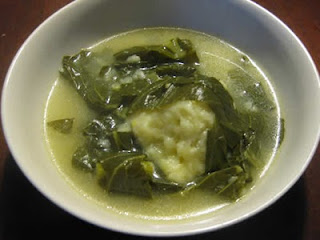 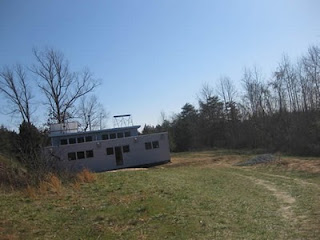 Moments from the weekend:

Arriving at the prefab and the first thing we find was a leg.
Yes, a leg.
As the realization that there's a decaying deer leg right there in front of us sinks in and we collectively go, "Ewwwww...!" the dog jumps in, grabs it, and gallops off with his prize held high across the field. Blech.

Giggle of the day: Me, to childrenz: "Now how many of YOUR friends put banana peels down THEIR toilets?" #CompostingToiletAtTheOffGridPrefab

AND there was a little satisfaction that maybe I'm not so kray-kray when, visiting Mrs. Esh at the Amish stand, I told her about the Richmond neighbors who made us get rid of our laying hens, not because they did anything, but because it just bothered them just knowing we had chickens because they want to appear to be as sophisticated city folks as possible. I think we're both callin' each other provincial, ha.

Mrs. Esh actually laughed out loud at that one, I suspect she'll be picturing a few laying hens in our yard and chuckling over those neighbors awhile... which makes me wonder, thinking of those suburban uncultured neighbors, how *does* one say, "dumbass" in Amish?  In Paris we'd sarcastically sneer, "BCBG..." jokingly towards people like that... I'm glad I gave practical and always-appreciating-the-humor Mrs. Esh a laugh. 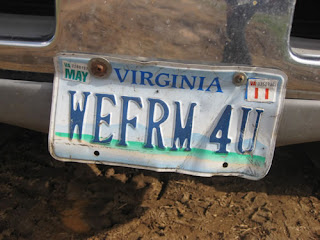 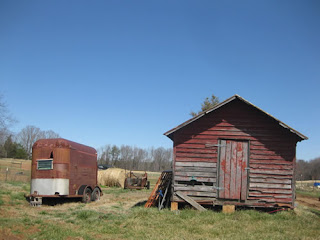 That's polite speak for: we killed, then cleaned them.

When you realize what doesn't end up at your grocery store (non-uniformly sized eggs, stained eggs, pullet eggs, roosters just to start...), it is amazing what waste there is in the factory farm industry... much less that I appreciate these animals we cleaned today were raised on pasture, with sun and bugs to peck and chase, running freely... until humanely, quickly killed so that our families can gratefully eat. 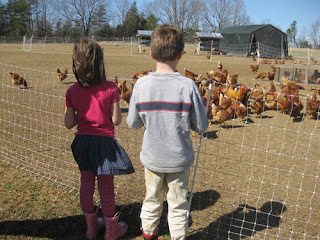 In most large scale poultry farms, chickens often don't see daylight much less peck and scratch and skitter, wings flapping, quickly across the field after something... if you know chickens, knowing the horrific conditions most grocery store fowl endure... well, you'll never go back to that.

Consider the GMO corn they feed them, the appalling cramped and smelly conditions (when workers look like they could be confused with HazMat, do you really want to eat that?!? If you can smell that factory stench, that is bad bacteria certainly breeding), the lack of biodiversity, the...

Instead of becoming industrially numb, we face this grim task and are thankful for the meat, the eggs, and that the bird lived well. And so, on a breezy spring day, I found myself with neighbors, marveling at all the things you'd never find in the store and would be wasted - the un-laid eggs (we saved them to make custard), all the parts that went to our families or to feed other animals on the farm instead of wasted - EVERYTHING is used, fresh, immediately, not parts becoming parts of things made out of parts.

As yo' momma used to say, "Many hands make light work!"
And we worked, and chatted, and enjoyed the fresh spring breeze, then broke to eat delicious soups and breads with freshly-churned butter and it was a lovely day to work, and work was social. 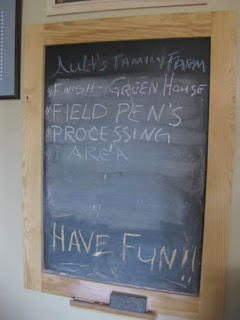 When we left, I was loaded up with eggs and meat, and heck, if that's how I have to earn my non-hormone non-GMO-fed pasture and sunshine-raised meat I am HAPPY to spend regular days helping my friends get work done.  In doing so, you realize WHY non-factory farm meat is so expensive: in the time we processed 50 birds, a factory can industrially cut and gut and ammonium-ize 5,000.  I can't imagine they say thank you to each bird, much less look at them and treat them kindly... 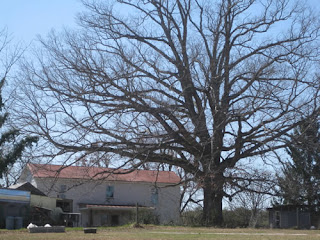 Sounds like a really good day. We would have joined in but our girls are laying so well!!

I just appreciate regular "get together's to get things done."

I said in the post it was about meat but *you* know it wasn't, it's just more fun to set on a task and work together with your friends to get it done!

BTW: I have been receiving your blog posts for months. I was reading of your longing for 'construction' to be done and began to question - what part of this makes your build 'prefab'? Just a question with a bit of wry grin ;)
Benjamin

Great question! The house kit shell (made of the PREFAB panels which are the structural insulated panels + then the contractor finished with dimensional lumber where appropriate, doors, windows, weather proofing, cladding) went up in a week.

Only now are we finishing the construction i.e. adding the plumbing, systems, solar, rainwater, then FINALLY we finish with interior design, at which point you will see a pink hair crazy lady doing a mad dance!
: )

The reason I did it that was was 1. to leave green building knowledge in each community in which a house kit is built 2. employ local labor 3. be the most affordable as you and your contractor can decide each line item according to your desired function and budget.

P.s. Thanks for reading!