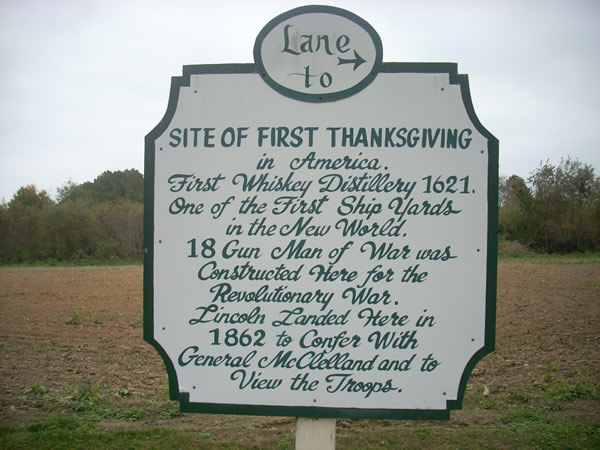 We spent the afternoon at Berkeley Plantation, celebrating the first Thanksgiving.
*Believe me*, I understand there's a lot o' history un-discussed in this post. Please remember my children are 4 and 6. It was a beautiful day with people from all races/religions/ages/countries participating. 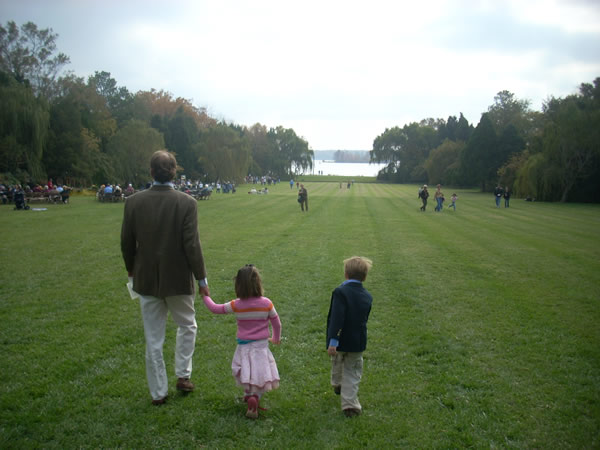 Kid Scout history badge, #3: Discuss the land and Indians. What did the land look like? Describe how Indians hunted, what tools they might have used, and how most followed the animals, and er, had the first mobile homes! ; ) Then some, like the Chickahominy Indians, learned to raise crops like corn, therefore staying put and so able to build more permanent structures, called longhouses.
(Talk about a Wee House! ; ) )

Discuss the Indian's agriculture, and the importance of the harvest. (It was great because as we drove to the event, you could see people in the fields on harvesters still harvesting so it really sank in the large act it takes to bring in the harvest, and the amount of food produced.) 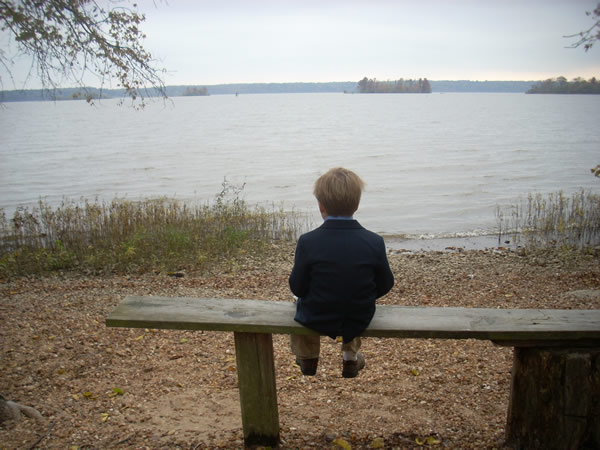 Discuss the frail condition in which the colonists arrived, their journey, and the boat- about 35 feet long!- that crossed the seas.


"The first Thanksgiving occurred when Captain John Woodlief led the newly-arrived English colonists to a grassy slope along the James River and instructed them to drop to their knees and pray in thanks for a safe arrival to the New World. It was December 4, 1619, and 38 men from Berkeley Parish in England vowed:
"Wee ordaine that the day of our ships arrivall at the place assigned for plantacon in the land of Virginia shall be yearly and perpetually keept holy as a day of Thanksgiving to Almighty God."

You'll find their vow carved on a brick gazebo marking the location believed to be where Woodlief knelt beside the James River.
Visit Berkeley Plantation and tour the grounds, gardens and three-story manor house built in 1776. See this birthplace of Benjamin Harrison, a signer of the Declaration of Independence, and of his son, the ninth U.S. President William Henry Harrison. Harrison's grandson, another Benjamin Harrison, became the 23rd U.S. president." --From www.virginia.org

...And here comes Captain John Smith to vent his great displeasure on how things are going! 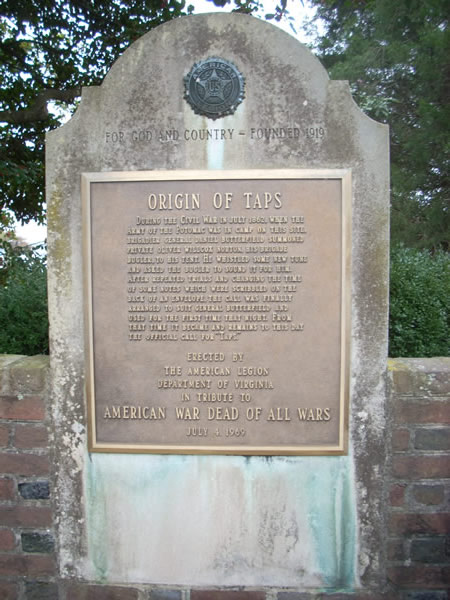 Oh, and see a muzzleloading markswoman re-enactor pick on the poor local tv weatherman who doesn't exactly share her views on gun control/responsibility!


I picked up a leaflet for the James River Black Powder Club and not only do they shoot (pre-1850 only) but they have a cool woodswalk and some potluck camping events... will have to check back on them in the future as they, like the Chickahominy Indians, really welcomed visitors' questions and participation.

I was really taken with the people sharing their history and heritages, their culture, AND with the crowd- families strolling the grounds, learning, enjoying the day but also reflecting on their diverse paths that led them here, to come together, today.

It was also a great lesson to witness and discuss how much time is spent bringing in the harvest even today, and the thanks the farmers give when the hard work is done and they know another winter can pass secure that they have enough food to last until spring. We related it to our own backyard gardening, and how we put the tomatoes away, etc. to have fresh food when the garden has long passed. 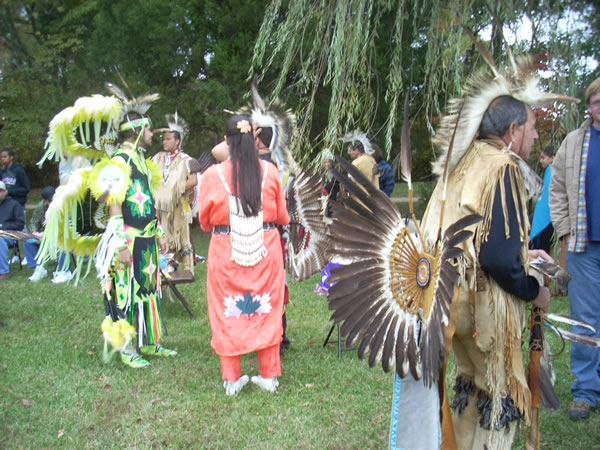 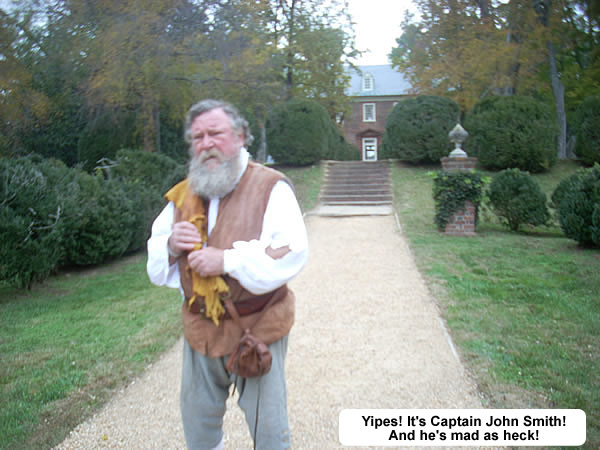 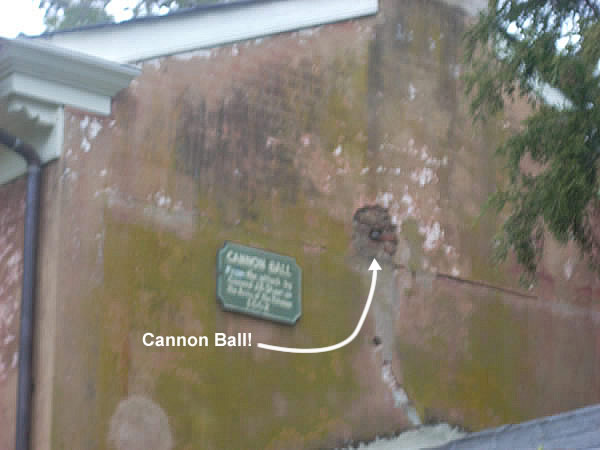 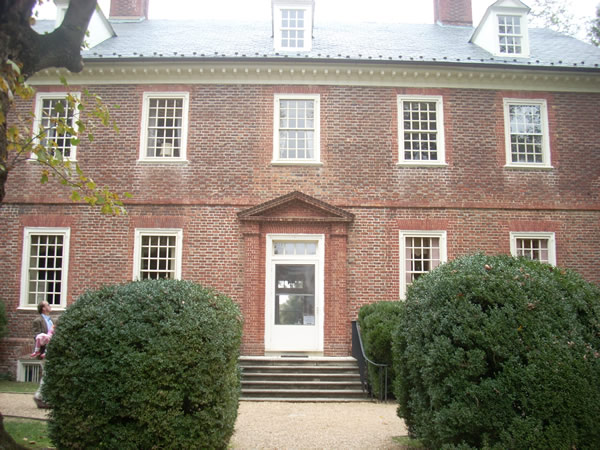 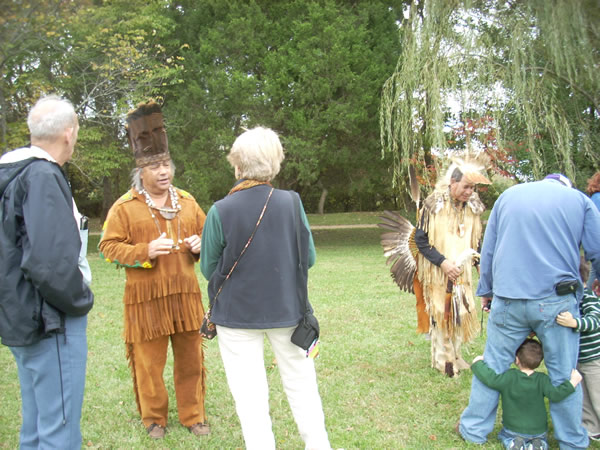 just think if we could all get such a good history lesson each week. There's so much that even the "well-educated" don't know.

What I like about thanks giving is when my family gather and there are lots of food. Having a thanks giving could be fun specially when you also see your relatives. :D